Here are the Potential Culprits Behind Bitcoin’s 42% Surge 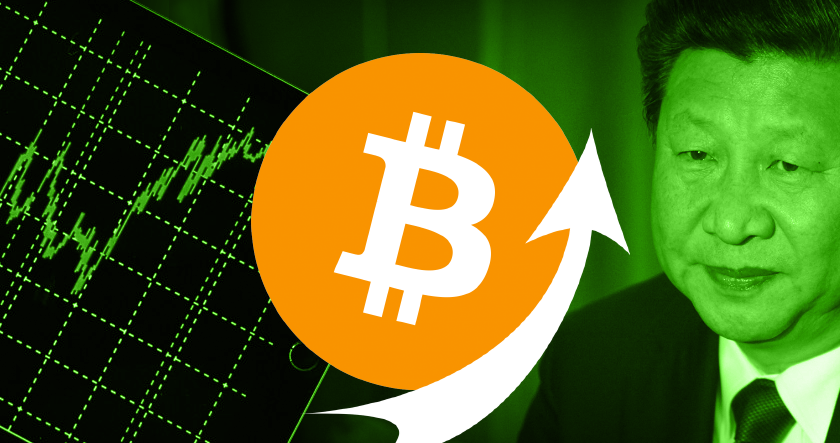 Image by Foreign and Commonwealth Office / CC BY 2.0

Late last week, Bitcoin’s price saw one of the biggest spikes in recent history, as the top crypto soared by 42% to reach $10,500 within 48 hours. Given the rapid pace of the climb to the token’s highest level since May, many have been wondering what exactly powered the price action.

The most obvious and immediate answer seemed to point to Chinese President Xi Jinping’s speech at the Political Bureau of the Central Committee assembly, during which the head of the Asian superpower seemingly embraced cryptocurrencies for the first time during his tenure. Despite being the world’s largest source of new blocks, cryptocurrencies and their exchanges remain effectively banned in China, and most of the trading is done underground.

Yet the speech saw Xi appear to take an abrupt shift in his viewpoint, stating that China should seize the opportunity that blockchain provides in the sphere of technology. Besides calling it an important breakthrough, Xi went on to say that China should play its part in blockchain development by directly investing into the tech, naming the numerous positive reforms it could cause in many different industries.

While Bitcoin spiked not long after the speech, analysts like Dovey Wan from Primitive Ventures believe that it is precisely this timing that shows the price jump wasn’t so much a result of Xi’s speech as it was of Western traders’ overreaction to the news. To back her claim, Wan notes that the price began moving up at the start of the next trading day in the U.S., when speculators got ahold of the news.

After the jump, The People’s Daily, a Beijing-based news outlet, released several reports meant to temper what had become dubbed “the Xi effect”. One of the reports was quick to point out that Xi didn’t make any overt references to cryptocurrencies during his pro-blockchain speech, even though the two technologies are intrinsically tied.

And as some remain convinced that non-Western traders played an important role in the price jump, others point to peculiarities ahead of the move that many pundits have overlooked. Days before the speech, the Bitcoin market saw numerous large transactions being made on exchanges without a clear pattern. Bot trading and automated activities on exchanges are another factor that tends to get neglected when discussing price moves.

Whether it was Western traders, Chinese traders, bots or something else, there is no denying the effect that Xi’s speech had on the crypto market. A week removed from the assembly, Bitcoin’s price is still up roughly 30%, having held strong above $9,000 over the past few days. Over the longer term, it’s hard to ignore the positive implications that a softer stance or even outright approval of cryptocurrencies by the Chinese regime would have on the broader market.