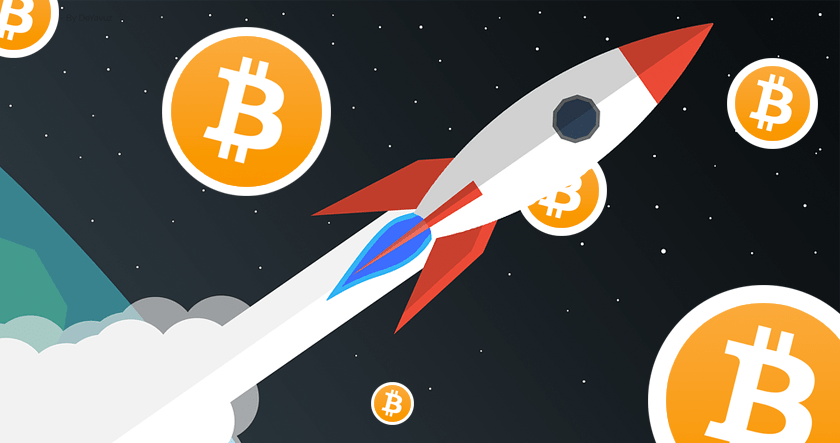 Few asset classes can boast of having experienced a rise as sudden and meteoric as that of Bitcoin. After launching in 2010, the digital currency didn’t reach $1,000 until early 2017, as the world was growing accustomed to the idea of a decentralized digital currency.

Yet in this year alone, the cryptocurrency has soared. It flew past $10,000 in November, but that mark was little more than a psychological barrier; the currency continued to climb to reach as high as $19,340 before settling lower.

With a rise as rapid as this, some have predicted a large correction in the market, while others have no doubt about Bitcoin’s legitimacy. As the first true cryptocurrency, its acceptance by financial institutions and market watchers has been gradual. But with prices posted at $16,248 at the time of publication, it’s clear that Bitcoin continues to trend upward like nothing we have ever seen before.

Mark Newton at Newton Advisors doesn’t think a crash is coming since prices aren’t being guided by a major craze, despite the remarkable upswing. “It goes without saying that prices have reached a level where sentiment is exhibiting short-term euphoria,” said Newton. “But to think prices are at mania levels where this could suffer a serious crash here… is a bit ridiculous.”

Newton also dismissed those questioning the integrity of Bitcoin’s rise, explaining that profits haven’t occurred on a large-enough scale for those concerns to be valid. “I truly don’t think people are involved on a mass scale yet. We’ve heard the fraud claims. Now we need people profiting immensely all around us and making forecasts for $1 million, etc., for it to truly have reached a euphoric peak,” he said.

Although some predicted gains after the announcement of Bitcoin futures, a price explosion of these proportions was unexpected even by the staunchest optimists. And while the trajectory of Bitcoin prices moving forward is anyone’s guess, it’s worth noting that the currency has rebounded from the initial plunge after its peak, climbing to $16,248 from a low of $15,198 in a short timespan.

Taking a step back from the past week of activity and looking at the last month, Bitcoin has gained more than $9,000, amounting to an incredible 124% increase in such a short time frame.