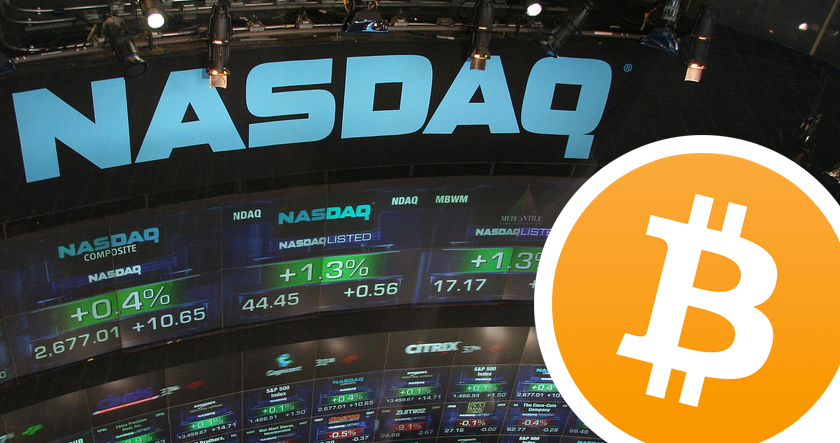 This week, Nasdaq and broker Cantor Fitzgerald LP announced that they are looking to move into Bitcoin trading by launching their own futures in the first half of 2018.

According to WSJ insiders, Nasdaq plans to debut its Bitcoin contract on the Nasdaq Futures marketplace, which launched in 2015 and has mainly focused on energy trading so far. The exchange is allegedly looking to stand out from CME Group Inc. and CBOE Global Markets Inc., two of its competitors that are also launching Bitcoin futures.

Nasdaq aims to achieve this by designing a special futures contract with better tracking of the global Bitcoin price and, according to sources familiar with the matter, has already briefed market participants on its plans. This development isn’t Nasdaq’s first foray into cryptocurrencies, as it has a Bitcoin exchange-traded note on one of its European exchanges.

Cantor also has plans to launch Bitcoin derivatives on one of its exchanges. The firm, which dabbles in a wide variety of investment sectors, would add a Bitcoin swap to its Cantor Futures Exchange LP, allowing traders to bet on prices up to three months ahead while shielded by a protection system should Bitcoin prices go over $15,000 or below $5,000. Cantor said it’s targeting retail traders as the initial adopters of the contract, but that it aims to reach out to institutions as well.

The moves by Nasdaq and Cantor, which came after similar announcements by CME and CBOE, two major Chicago-based exchanges, should help legitimize the cryptocurrency in the eyes of financial institutions that have so far shown a lukewarm approach to it. Despite this, investor interest continues to grow and Bitcoin keeps reaching new heights, trading at $11,273.89 less than a day after it passed the $10,000 mark.

The explosion in price has made Bitcoin difficult to ignore by traders and institutions alike, and its conversion into futures contracts by major exchanges will give maturity to the digital currency and make trading easier for both banks and retail investors.

And while some still require convincing that Bitcoin can live up to its promises, others are swearing by it as the asset class and currency of the future. John D’Agostino, a former Nymex executive who now oversees several funds that are showing an interest in Bitcoin, believes the cryptocurrency is here to stay.

D’Agostino explained that the biggest challenge futures exchanges face is marketing their products to customers. Bitcoin’s rising popularity has made this less of an issue, which is why, according to the fund manager, every exchange is looking into whether it can make Bitcoin trading a part of its offer.