Bitcoin ETFs May Come Sooner Than We Think 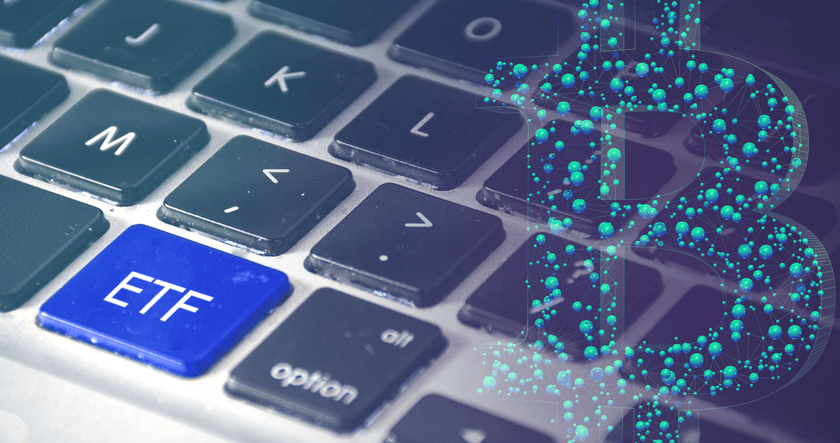 Although Bitcoin futures have barely landed on the market, the U.S. Securities and Exchange Commission’s real-time filing system EDGAR shows that two companies are looking for approval to launch their Bitcoin ETFs. REX and VanEck submitted their applications early this week.

Should the SEC grant its stamp of approval, neither REX nor VanEck will need to hold actual cryptocurrency, as their funds are based on futures and other derivatives.

These are just the latest companies to apply for a Bitcoin ETF. VanEck previously submitted this same ETF application in September but was rejected on the basis the plans involved Bitcoin futures, which were not available at the time.

The SEC has yet to allow any Bitcoin ETF to materialize, but some, like Octagon Strategy’s Dave Chapman, firmly believe that we will see one in 2018. This is in part due to the successful launch of Bitcoin futures.

Prices rose as the CBOE Global Markets released their Bitcoin contracts on Monday, opening at $15,000 with the daily settlement price for January set at $18,545. The firm said that the platform experienced two trading halts on the first night due to high demand, but was able to resume operations quickly. The CBOE traded a total of 4,127 Bitcoin futures on the first day, with 890 contracts being traded in just over two hours.

After starting as a fringe asset, many now find that Bitcoin has become a part of everyday discourse. A 15-fold price increase in the span of one year, coupled with promises of easier and more secure trading, helped the cryptocurrency achieve widespread popularity.

Being independent of any organization or country is one of Bitcoin’s strongest selling points, but it also makes for an asset whose future is uncertain. However, JR Lanis, an attorney with Drinker Biddle, thinks demand has already reached a point where it validates the cryptocurrency. With institutional investors trading in it and keeping prices high, says Lanis, Bitcoin has plenty of room left to grow despite its immense gains so far.

The CBOE is one of two companies to receive a Bitcoin futures approval, the other being the CME Group. CME plans to launch its futures on December 18, with Nasdaq following sometime in 2018. Jay Blaskey, a Digital Currency Specialist here at BitIRA, remarked to the Washington Post that the CBOE’s launch “is an excellent sign for the digital currency industry.”

He added, “What is interesting from our perspective is the volume being transacted as shown on a number of websites, including CoinMarketCap.com. The 24-hour volume trading over the past week has remained remarkably consistent.”

Speak with Jay Blaskey or one of our other digital currency specialists to learn more about purchasing Bitcoin for your IRA. Give us a call at (800) 299-1567.