World Banks Are Convinced Crypto Is the Future, Here’s Why 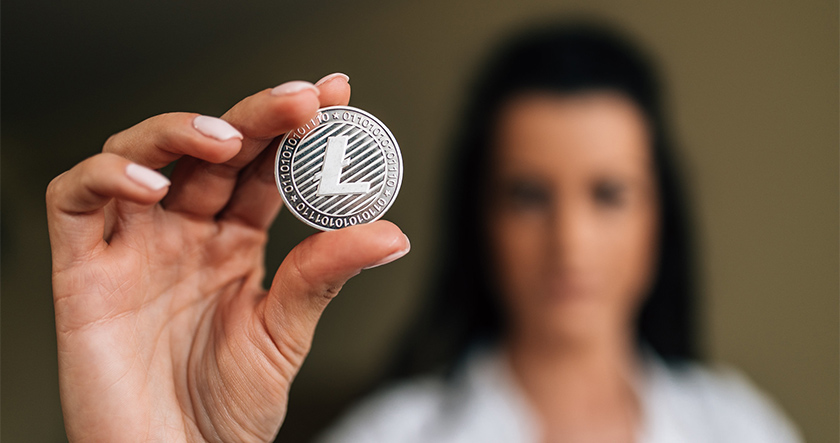 It seems strange to still see large fund managers like John Paulson remain totally bearish on crypto. He continues to call the entire asset class “worthless.” That seems like an almost hopelessly outdated perspective, doesn’t it? So 2017…

But apparently not. And when we hear big names like Paulson make such bold claims, it’s hard not to listen. Not to wonder, does he know something I don’t?

Is there any way of knowing if crypto is legitimate, then? Obviously, I have a personal perspective on this question. Instead of telling you what we here at BitIRA think, we’ll just look to recent developments in the financial world.

Some of the biggest backers of crypto’s legitimacy are turning out to be global central banks. The latest report on worldwide financial messaging system SWIFT’s culmination of an 8-month long trial of central bank digital currencies (CBDCs) shows just how desperate the traditional finance system has become.

Around 90% of the world’s central banks are now using, trialing or looking into CBDCs. Most don’t want to be left behind by bitcoin and other cryptocurrencies, but are grappling with technological complexities.

In so many words, the crypto market has set a standard for digital asset transactions. The market is, perhaps, where central and private banks would like to be. The report also mentions that the trial might include converting CBDCs into fiat money “if needed.”

Doesn’t it just mean they’ll be a centrally-controlled (and lamer) version of privately-issued stablecoins like Tether or USDC, which have operated smoothly and without infringing on anyone’s rights for years?

The good news here is that national adoption of a CDBC essentially ushers an entire nation into crypto adoption – and that’s potentially huge. Some people aren’t ever going to trust money that doesn’t have a sovereign nation’s name on it. That perspective may seem somewhat provincial in a time of near-global 40-year high inflation, but let’s not pick on the central bankers. They’re doing the best they can.

The downside of CDBCs is, well, that first initial. “C” is for “central,” and whose interests does the central bank serve? Its citizens’ best interests? Alas, all too often, no.

CBDCs are being seen as a step forward as they could effectively be programmed to meet both governments’ and individuals’ specific needs, although they have also raised concerns about privacy and surveillance.

Non-central cryptocurrencies already exist, and they’re already “programmed” for privacy. CDBCs, in the wrong hands, are a totalitarian regime’s dream come true. Bureaucrats in your wallet, approving or vetoing any single purchase? Imagine: the government thinks you’re unhealthy, so you can’t use your CDBCs to buy Doritos or drive-thru lunches or donuts – and through trial and error you discover your “FedCoins” will only let you buy raw fruits and vegetables.

It’s not without reason that China is ahead of the rest of the world with its own CDBC, the e-yuan or digital renminbi. Even political moderates here in the West would probably think twice before granting their government line-by-line records of their everyday purchases.

Imagine the rush by the privacy-focused citizens to swap their CDBCs for any other form of digital currency without a built-in tattletale function. Our near-future digital wallets might just have two options: Public where you store your digital fiat, and private where you keep your free-market-valued traditional cryptocurrencies like bitcoin and ether and Tether.

In the end, what is money? It’s commoditized trust.

There are two major enemies of that trust (or, if you’re a pessimist, one major enemy with two operating arms): central bank devaluation and fraud.

The central banks have a plan to build trust in their own CDBCs. And yes, there are anti-fraud measures going public this very moment…

Mastercard announced Crypto Secure, a system of monitoring transactions on their network for fraud detection and prevention. You could call it just more data for the surveillance-hungry – but keep in mind, Mastercard already has that data. Within the platform, banks and card issuers will get risk assessments on individual crypto transactions based on historical patterns and behaviors, and choose whether to approve transactions with much better information than previously.

For example, when a credit card company sees a $5 transaction at a gas station and then, within an hour or so, a multiple-thousand-dollar transaction at a jewelry store, that’s a major fraud alarm. Scammers often test their credit cards first. If a small transaction clears, they immediately go for a high-value transaction in goods that are easily liquidated (jewelry and gold coins are among their favorites).

Keep in mind, credit card companies work hard to combat fraud because they’re on the hook for it. If a thief steals your Mastercard and manages to buy a $12,000 emerald ring, you don’t pay for it. Mastercard (or the unlucky merchant) or both have to settle up between themselves.

Traditionally, crypto hasn’t worked like that. Transactions are caveat emptor and there’s little to no recourse in the event of fraud. Not anymore.

Mastercard’s development tell us crypto is becoming as secure as any other digital payment. Ajay Bhalla, Mastercard’s president of cyber and intelligence business, agrees. He tells us the market is large and expanding.

Bhalla says Mastercard’s goal is to offer the same kind of trust to its retail and institutional clients, both groups that are seeing rapid growth.

Wait a second – “rapid growth,” he says? What about the notorious crypto winter? Bhalla dismissed it as nothing more than another cycle in the crypto market.

With these developments in mind, there’s another burning question…

How secure is crypto investment these days?

Small-scale crypto fraud by “private criminals” is becoming as difficult as, say, plain old credit card fraud. Governments seem to have admitted that crypto is already ahead of them in the financial system. They’d like to control it, but we’ve heard it’s difficult. (After all, China is bragging about outlawing crypto use, yet somehow still originates some 10% of the world’s bitcoin transactions.)

Security, in the sense of both legitimacy and not getting robbed or defrauded, seems to be improving all the time.

So what do those with Paulson’s take really mean? We’ll let Rob Charles rebut Paulson’s position:

Paulson argues that crypto has no intrinsic value beyond primary supply and demand principles. The irony in Paulson’s statement is, the same is true of the Fiat Currency system, which is the universally accepted barometer of wealth and financial stability.

Fiat currency itself is nothing more than a societal construct. The society we live in has accepted an unspoken agreement that the money in circulation today, which we use to buy our goods and define our wealth, is worth what we say it’s worth because of the economic principles we have all grown to accept.

The economic system currently dominated by the U.S. Dollar is purely faith-based. If someone goes into their local grocery store and fills a cart with $100 worth of goods, that person has faith that the cashier will ring them out and accept the freshly-minted bills in their pocket because that is the system. That is how it works.

The investment case doesn’t go away because governments are copying it, and giants supporting it – rather the opposite.

Through which mechanism will they become worthless, precisely? Paulson’s argument equally applies to all financial assets, it seems. So all we have to do is ask, which financial assets are seeing the greatest innovation right now? Because that’s where we’ll find the future of money.