The Future of Crypto Has Never Been More Clear 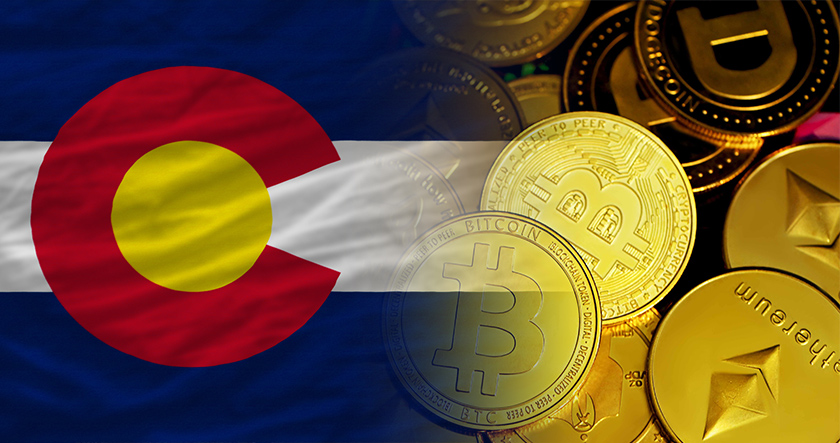 There seems to be some disagreement on where crypto is heading in the near-term. This analyst, for example, believes the markets are just barely holding on to these support levels. If true, another drop could be ahead.

On the flip side, analysts are looking to the resilience of both bitcoin and Ethereum against stocks as a positive signal. Even as both U.S. and U.K. stocks were rattled by severe bouts of volatility, both BTC and ETH gained. OANDA’s senior market analyst Edward Moya says flimsy sovereign-issued currency is making crypto look more appealing.

Fellow financial analyst and chart maven Michael van de Poppe says support above $19,500 could indicate the start of another uptrend.

What about the crypto correlation to tech stocks?

Well, who’d believe it? All of a sudden, the stock market became crypto’s best friend. How long were we hearing about that troubling correlation with risk-on assets, especially tech stocks and crypto? How many articles did we see that claimed “Investing in cryptocurrencies is basically buying the NASDAQ,” with their unstated implications that only the foolish would diversify into a “new” asset class when we could just rely on good old tech stocks?

Like all things, correlations aren’t forever. They’re a backward-looking perspective on an asset class, though it’s wrong to call crypto “new,” is probably the newest investible asset. The less history you have, the more misleading your historical assumptions can be.

So with these thoughts in mind, how has the landscape changed?

Is crypto a good investment?

The reality is that not much has changed in the past months – not in the crypto market.

Besides some centralization concerns, individual cryptocurrencies are doing the same as before, but with lower valuations. We did remark how you won’t see stock issuers try to compensate their investors when the equity crashes, which is what LUNA planned. (They seem to be succeeding, with the Terra Classic or LUNC token seeing large volumes along with being the highest gainer.)

Time to get your hopes up again?

Maybe. On the other hand, maybe it’s best to keep a tight rein on your hopes. On the other hand, isn’t hope exactly what sovereign currencies are based on? Anyone thinking that a faith-based monetary system is questionable needs to be reminded that the entire global financial system is a marketplace that swaps hopes (in the form of government-issued promises-to-pay) for assets.

Research firm Glassnode once again said that the majority of crypto selling off comes from short-term buyers (or “tourists”). As usual, HODLers, long-term career crypto traders and regular users haven’t really budged in their positions, according to market analysis.

Our favorite holding period is forever.

So what does the future of crypto look like?

In the short term, as it has been for the last few months. It’s all about the Federal Reserve.

Every time Fed Chair Jerome Powell announces a hike in interest rates, there will be a completely pointless chart analysis trying to justify the crypto crash. Probably some articles about new crypto firms to divert attention from the losses.

On the other hand, when the Fed “pivots” from their current course of tightening and embarks on a new round of loose monetary policy, we’re going to hear how crypto is showing strength. Now, this is pretty much the case for all asset classes, as loose monetary policy translates into “more money.” That “more money” generally gets invested into everything. This, at least, is what history tells us.

Crypto might have been intended as an alternative to the traditional, centralized financial system, but it was never meant to exist outside it. Cryptocurrencies are bought with money, held like money and spent like money.

In the short term, the crypto market is going to be exceedingly vulnerable to volatility as long as its cap is in the low ranges of $1 to $2 trillion, and moving from that point takes time.

In the longer term (which is really the only one that matters), who’s to say for sure? However, there is one piece of news that’s intriguing…

The state of Colorado is now accepting bitcoin as payment for state taxes. (While this is no El Salvador situation, it’s definitely a crack in the door — awfully reminiscent of the “medicinal” clause a decade ago, right?) We’d reported on the local government crypto acceptance trend a while back. Here’s what makes this interesting – the U.S. dollar and other fiat currencies only have value “because government taxes are paid by it.”

If you need to tell people, “Look, this is money and you have to accept it.” What a Kick Me sign that is!

Regardless, when a government opens the door to other means of paying taxes, that’s essentially legitimizing any payment they accept as “official money.” Which eliminates one of the two unique advantages the U.S. dollar enjoys. Interesting, isn’t it?

Considering the absurd devaluation of the U.S. dollar over the last couple of years, and further considering the absolutely massive increase in the global U.S. dollar supply over the same period, well, from a state government’s standpoint it probably makes sense to diversify their savings with bitcoin.

Now, you may not be in charge of a state government, but as a private investor, you can do the same thing Colorado is doing right now. You can also diversify your savings with cryptocurrency – we can help you get started.