Are Global Opinions About Crypto Shifting In 2022? 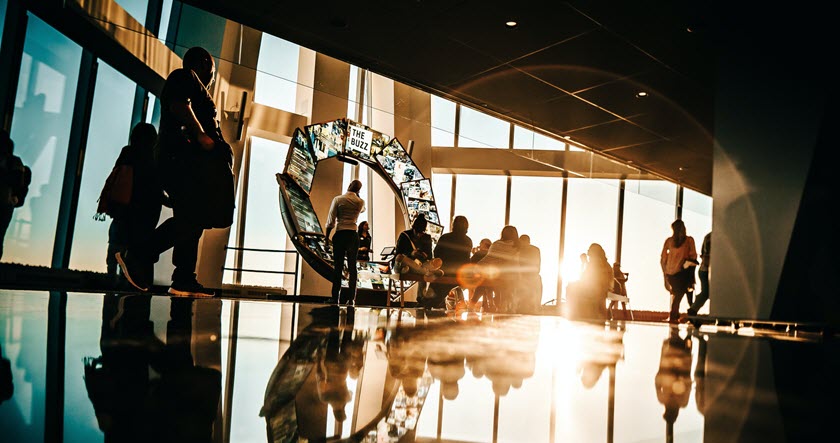 Today, I’m offering you three different takes on the current cryptocurrency market, along with my own opinions on the motivation behind each.

China: “It will return to its original value, which is utterly worthless”

From the South China Morning Post, Chinese state media recently released a combination of warning and ultimatum on cryptocurrencies. It has the same sort of unhinged, breathlessly ranting tone as Kim Jong-un’s press releases. For example:

Bitcoin is nothing more than a string of digital codes, and its returns mainly come from buying low and selling high. In the future, once investors’ confidence collapses or when sovereign countries declare bitcoin illegal, it will return to its original value, which is utterly worthless.

Wait just a moment – don’t the majority of profits in investing come from “buying low and selling high”? Should we do the opposite? (Note – never take finance advice from the Chinese state media!)

According to the article published by the Economic Daily, a newspaper directly under the Central Committee of the ruling Chinese Communist Party, the cryptocurrency marketplace is “full of manipulation and pseudo-technology concepts,” as well. They also lay the blame for this situation squarely on the “lack of regulation in Western countries, such as the United States.”

Well, there are certainly some truths to these claims.

For example, the crypto market is indeed easier to manipulate due to its relatively small market cap compared to, say, the S&P500 (about 375 times larger).

Lest we forget: China, one of the most totalitarian nations in the world, tried and failed to ban crypto mining, ownership and use.

Despite that, we know that OKX (one of the world’s highest-volume crypto exchanges), fully 9% of traffic comes from China. Cryptocurrency-related topics trend regularly on Weibo.

So it seems that not only is a crypto ban unfeasible, the anti-crypto screed is no more than the desperate scolding of an ignored apparatchik shaking his fist and screaming, “You’ll be sorry!”

It comes as no surprise from the nation that’s done the most to eliminate the concept of freedom from its citizens will cheer anytime crypto prices fall.

Bank of England: “Huge efficiencies and changes in market structure”

On the Western side, we have a somewhat unusual statement by the Bank of England that comes off as pro-crypto. Deputy Governor for the BOE Jon Cunliffe told Bloomberg that the crypto firms that manage to stay afloat during the current downturn could be the “dominant players” in the industry when (not if!) things turn around:

Whatever happens over the next few months to crypto assets, I expect crypto technology and finance to continue. It has the possibility of huge efficiencies and changes in market structure.

That’s the stance of many crypto bulls – that there could be a positive side to this downturn. I‘ve written about this before.

In any market, downturns wipe out projects of dubious value and shaky prospects, and strengthen those with good use and backing. Bear markets are when the strong at least endure (if not get stronger), while the weak, starved of cheap-and-easy money, perish. Markets are like forests – without regular wildfires, deadwood builds up and chokes the life out of the otherwise-healthy trees. Regular wildfires mean healthy, vibrant and thriving forests. Too long without a wildfire, and the next crisis turns into an utter catastrophe. (See Schumpeter’s gale for more on this.)

Overall, BOE expects both cryptocurrencies and related industries to persist whatever happens in the next few months. Cunliffe clearly sees this as a regular wildfire, not an ecosystem-destroying apocalypse.

El Salvador: “Stop looking at the graph and enjoy life”

In adopting bitcoin as legal tender, El Salvador was always going to be a poster country for crypto detractors. Unsurprisingly, Nayib Bukele drew the ire of this group weeks into a crypto downturn.

I see that some people are worried or anxious about the #Bitcoin market price.

My advice: stop looking at the graph and enjoy life. If you invested in #BTC your investment is safe and its value will immensely grow after the bear market.

Patience is the key.

How is that possible? Because they haven’t panic-sold.

That’s a reminder that price doesn’t matter except when you buy or sell.

In between transactions, “the graph,” as Bukele calls it, is just noise.

Maybe it’s a little easier to stay calm in El Salvador. After all, they saw a sovereign currency collapse in 2001, switched to the U.S. dollar and have been watching its purchasing power plunge ever since.

Which reminds me… One of the main talking points during Trump’s presidency was that China is devaluing its currency to gain a trade advantage. So not only was the yuan deliberately low in value, but the Chinese government saw that as a good thing. China’s extremely hands-on policy regarding the yuan’s value has been thoroughly documented and discussed in many places.

And the collapse of the pound sterling’s purchasing power over the last century has likewise been well-documented. That might explain the BOE’s more level-headed view – “Yawn, these sorts of things happen from time to time. Shall we have tea?”

Unlike the dollar or the pound sterling, bitcoin can’t be printed, so there is no risk of hyperinflation. Bitcoin’s price (and therefore its value) is set by buyers and sellers in the open market. No wonder China hates it so much! The last thing they want is their citizens swapping yuan for a form of money that isn’t subject to their own central bank’s manipulations.

How’s that for a testament of functionality?

Will Crypto Sink or Skyrocket in a Global Recession?
July 28, 2022