You Ready to Bail on Bitcoin? Think Again, Says This Wall Street Vet 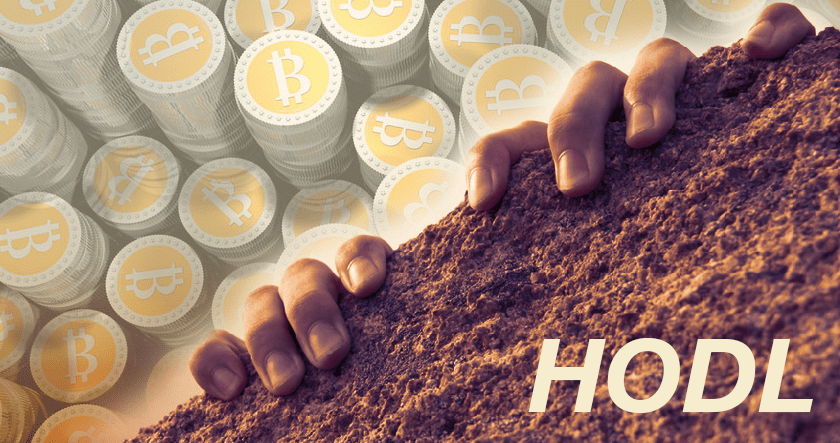 Very few assets are immune to selloffs in times of panic and uncertainty, and cryptocurrency owners can sometimes feel tempted to cash in on their gains. Yet according to one notable analyst, Bitcoin investors stand to lose the most if they allow sentiment to dictate their strategy.

Talking to CNBC, former J.P. Morgan Chase chief equity strategist Thomas Lee explained why Bitcoin owners should have faith in their investment as opposed to jumping ship early. Lee’s analysis showed that buying and holding is the best way to turn a profit with Bitcoin, as the currency experiences most of its yearly gain in just a handful of days.

In the five years since 2013, Bitcoin’s full-year gains were achieved over an average of nine days. 2017 saw the cryptocurrency’s price skyrocket above most predictions, yet its return for the year still spanned over 12 days.
Lee draws comparisons with the stock market, where investors also risk losing out on a significant portion of their profits by exiting early. Hasty sellers who missed 10 of the S&P 500’s best days in any given year averaged a return of 5.4% compared to 9.2% if they kept their equities year-long.

The general cryptocurrency community has a running gag involving the term HODL, a misspelling of the word “hold”, which has come to be interpreted as “holding on for dear life”. But Lee’s data shows that there is little to laugh about in regards to this investment plan, as it maximizes the profits of Bitcoin owners regardless of their entry point. In a market where fear of missing out purportedly plays a major role, Lee noted that abandoning a long-term strategy is the surest way of missing Bitcoin’s biggest upswings.

In his interview, the current head of research at Fundstrat Global Advisor also touched upon the state of the crypto market. He said that he sees multiple upsides to the current Bitcoin price , not the least of which is an opportunity to study the broader crypto industry. However, Lee maintains that Bitcoin is the best possible cryptocurrency investment one can make, no matter how exciting some altcoins might seem. Among other reasons, a key driver of Bitcoin’s appeal remains its unparalleled liquidity in a time where most other digital currencies struggle to gain wider recognition.

Lee and his company are certain that Bitcoin is still in a bull market despite the consolidation from 2017’s highs, and the Wall Street veteran is confident in his prediction that Bitcoin will reach $20,000 by midyear and $25,000 by year’s end.