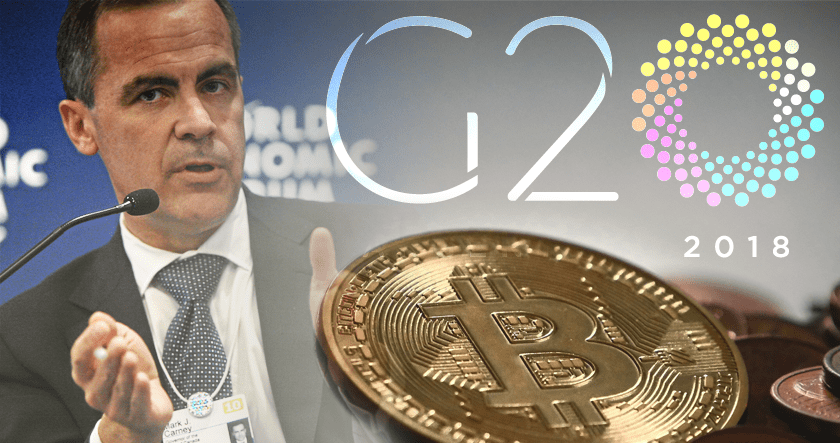 This week’s G20 summit in Argentina has been an important date on the crypto industry’s calendar for months. As far back as December 2017, finance officials and politicians hinted that they will address the topic of cryptocurrencies during the meeting in hopes of finding a consensus on how to treat them.

In a move which brought relief to many crypto enthusiasts, Bank of England (BoE) governor Mark Carney reassured attendees that cryptocurrencies do not pose a risk to the world’s economy. Carney, who is also head of the Financial Stability Board (FSB), stated in a letter that a review of digital assets found no threat to global financial stability despite the rapid growth in the crypto market. Given the findings, the FSB decided against any immediate tightening of existing cryptocurrency laws.

The news had an expected impact on the market, with Bitcoin jumping almost 8% within 24 hours of the letter’s publication. The gain of roughly $1,000 pushed Bitcoin to $8,300 within that time frame, marking the largest spike over such a short period in recent memory.

This isn’t the first time the BoE governor shared his opinion on cryptocurrency: in a previous speech, Carney advised government heads against outright bans on digital currency. Instead, he called for sensible regulation of the crypto market, expressing the belief that the developing asset deserves the same treatment as any other.

In the G20 letter, Carney contrasted legacy debt and cryptocurrencies in order to shed some light on the latter’s scope. The FSB head pointed out that, even at their December peaks, digital currencies accounted for less than 1% of the global GDP. Comparing this to debt, the notional value of which was 100% of global GDP before the 2008 crisis, Carney concluded that these new assets are not a cause for concern.

The latest review dismisses the notion that Bitcoin and other cryptocurrencies complicate financial security, and it remains one of the most important crypto-related takeaways from the first Finance Ministers and Central Bank Governors meeting.

Aside from Bitcoin, whose market dominance continues to grow, Ethereum also broke out to reach $532 in the 24 hours after the FSB review was made public. Although Ethereum recently fell below $500 for the first time since last year, Cointelegraph notes that the drop could have been caused by an altcoin crowdsale. Other coins experienced significant gains as well, with all of the top altcoins trending up after the press release.