Far-Left Senator Desperately Attacks Crypto, and Here’s Why She Will Fail 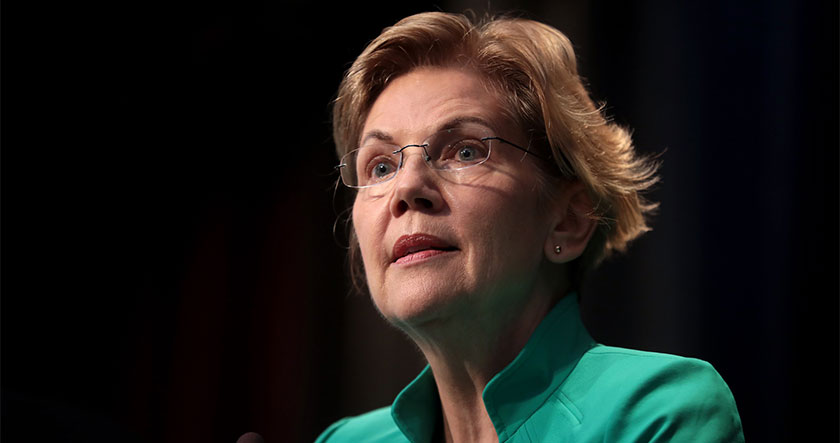 The bill being spearheaded by her, called “Digital Asset Anti-Money Laundering Act of 2022”, is pretty much against all of those things. Supposedly, her and other Senators’ motivations stem from FTX’s collapse and its CEO Sam Bankman-Fried’s naughty deeds, including one conspiracy to commit money laundering. So due to one out of eight charges, which is apparently merely a “conspiratorial” felony charge, Warren wants to apply the Bank Secrecy Act to cryptocurrencies. In other words…

Warren calls it “common sense” crypto regulation. We love common sense regulation around here. Don’t we already have it, though? The Securities and Exchange Commission is all too eager to slap the wrists over any bad behavior by crypto company owners.

It’s repeated over and over that regulatory clarity will bring on more industry growth. But none of the aforementioned is regulatory clarity: it’s a mix of privacy violation and consumer rights infringement. It wasn’t a lack of regulation that made Bankman-Fried do what he did. We have plenty of regulation against shoplifting. Does it stop shoplifters?

For some reason, crypto mixers are being thrown in the affair and being cited as bad. North Korean hackers, dark money, all of that. Despite the tone of the Guardian article, the clampdown on Tornado Cash wasn’t seen as a victory by anyone sensible. It was seen as an overreach by the SEC and the government itself.

Kraken CEO Jesse Powell called sanctions against Tornado Cash “unconstitutional”, saying that people have a right to financial privacy. Indeed, the clampdown didn’t actually help anyone but the government. National security was cited. Does the average consumer that Warren is trying to protect feel more threatened by surveillance and a loss of privacy or North Korean hacker groups that may or may not exist? Because only one of those threats looms on a daily basis.

Shumo Chu, one of the co-founders of Polkadot-based Manta Network, had some choice words to say on the matter. He questions whether the government understands the blockchain network to begin with and says more censorship would essentially make the entire Web3 space meaningless. However, like others, Chu believes that the crypto network is too large and proliferated for such measures. In his own words:

“If the U.S. tries to implement draconian measures over privacy devs, it won’t go very well for them.”

And therein lies the folly in pretty much everything Warren and her co-conspirators said about crypto so far. We have China as a model of what happens when you try to clamp down on cryptocurrency. It fails and other nations become crypto hubs. The crypto network was, after all, designed to limit government and bank interference in personal finance. It wouldn’t be much of a crypto network if we could just apply the Bank Secrecy Act to it, would it?

So far, nothing that Elizabeth Warren, hero of the people, has suggested regarding crypto benefits the people in any way or prevents corporate malpractice. We can’t wait for that to change, and when it does, we’ll try and be the first to praise it.