Why Crypto Adoption Is Not Slowing Down, Even with the Price Drop 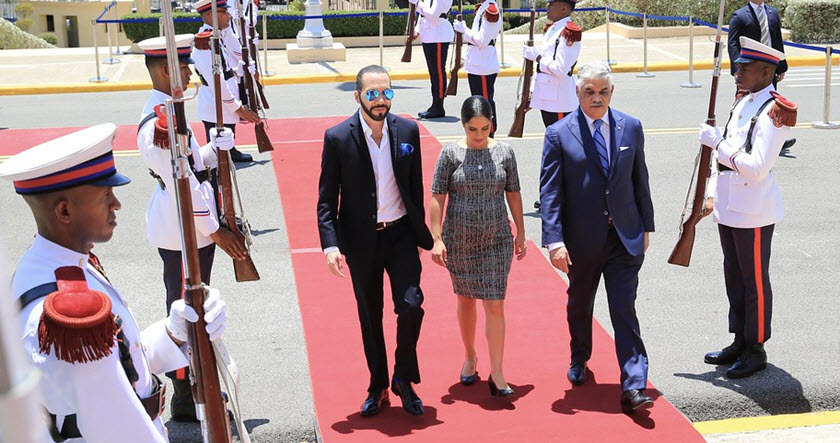 We’ve been in this business long enough to know it’s often the case in a cryptocurrency investor’s life that they miss out on crypto panic entirely. Why? Because they are gifted with something virtually absent among the mass of retail investors: a sense of perspective. They’re looking past the daily, weekly and even monthly price fluctuations, keeping their eyes on the decades ahead. These are the people we call hodlers (whether it’s a typo or an acronym for, “Hold On for Dear Life” is disputed – either way, it’s a badge of honor).

For those of us who aren’t blessed with a long-term outlook, the past few weeks have had us on edge. Day-traders and speculators are on the ropes between price drops and the Luna/TerraUSD death spiral. Headlines range from:

Is a crypto winter coming?

Is the crypto market done?

We’re seeing yet another crisis of faith in the cryptocurrency market.

Who are the truest hodlers?

So who’s still hanging on in the crypto market?

Those long-term-perspective investors we mentioned right up front. Anyone who’s held on to their crypto for at least five years (certainly a decade) – their names deserve to be on the list.

Among more recent adopters, it’s hard to argue that an entire nation that chooses to base its whole economy on bitcoin doesn’t surpass even these truest-of-true believers.

So what has El Salvador been doing amid market turbulence? They’ve thrown themselves a Bretton Woods nostalgia event, substituting crypto for gold. Although it wasn’t officially labeled as such, President of El Salvador Nayib Bukele invited financial representatives from 44 countries to discuss financial inclusion in a world powered by crypto. Participants included an impressive line-up of 32 central bankers and 12 financial authorities from those 44 nations, all members of the Alliance for Financial Inclusion (AFI).

Way back in July of 1944, 44 countries gathered to form the Bretton Woods financial system, the international agreement that unified dozens of nations on a gold standard. Something tells me Bukele’s conference is cheeky more than coincidental…

The event was officially labeled as a general discussion of “financial inclusion” (which, let me check, yes that’s one of crypto’s core tenets!) Questions about whether bitcoin would  even be a talking point were quickly answered by photos of attendees attending crypto speeches and being walked through the creation and use of Lightning wallets.

Perhaps most importantly, they all got an up close and personal look at what true grassroots bitcoin adoption and integration look like from the inside.

Galoy, the open-source software company that developed the Bitcoin Beach wallet, put it in so many words in a blog post titled, The central bankers were definitely not coming to El Salvador to discuss Bitcoin:

Twitter has been ablaze with posts about whether or not this was a Bitcoin event. It wasn’t – it was a financial inclusion event. Bitcoin just happens to be the most inclusive financial network in the world.

But El Salvador is no longer “the experimental bitcoin country.”

Specifics are scarce, but it seems that Central African Republic is aiming to become Africa’s first crypto investment hub, which will presumably be facilitated through the upcoming SANGO funding call. President Faustin-Archange Touadera had some interesting commentary on the matter:

The formal economy is no longer an option. An impenetrable bureaucracy is keeping us stuck in systems that do not give a chance to be competitive.

I think he just called his banking regulator an “impenetrable bureaucracy” that’s denying his citizens an opportunity at financial inclusion. President Touadera thinks his nation’s five million citizens would be better-served by decentralized finance (DeFi) apps despite crypto’s volatility than his own banking regulatory body.

That’s incredible. I’m amazed that the elected leader of a nation feels compelled to make such a bold move. Even more so, I’m amazed it’s possible for an entire nation to simply declare bitcoin to be legal tender and give all citizens an opportunity at financial inclusion – and its own regulatory body can’t stop that from happening.

How about the world’s third-largest economic union?

Cryptocurrency in the European Union

The European Central Bank (ECB) recently reported that one out of ten households in the Eurozone own cryptocurrencies. The ECB made sure to remind us that sustaining this pace of adoption could threaten the stability of the financial system. Right, because the traditional financial complex never endangered the global financial system, ever. Please…

There’s bound to be more of this kind of talk – especially from central bankers who feel marginalized by technological innovations that are, increasingly, simply making them less relevant and important worldwide.

Remember when El Salvador adopted bitcoin? Everyone from the International Monetary Fund (IMF) to guys with podcasts said it was a terrible idea, that pride goeth before a fall, that El Salvador would rue the day they didn’t listen and would come crawling back begging forgiveness…

Well, that hasn’t quite happened yet.

But now you can hear the same people say the same things about Central African Republic’s decision to adopt bitcoin as an official currency. (Somehow, it doesn’t sound quite so dire the second time…)

When I think about the truly epic financial meltdowns of the last few decades, I recall Argentina. Venezuela. Zimbabwe. And, last but not least, the Great Financial Crisis of 2008-09. What do all these crises have in common?

That’s right: Traditional finance. Central banks who either deliberately engineered the crisis, or, in the case of 2008, simply set up the conditions for the crisis before sitting back and watching it happen.

Having seen what an incredible blessing a “stable,” traditional financial system has done for these nations, it seems that there is an understandable amount of “What have we got to lose?” among both the leaders and the citizens of El Salvador and the Central African Republic.

That’s a good question – what do they have to lose?

Do you think the entire crypto and DeFi infrastructure will collapse in the wake of a price drop?

Certainly, it’s possible – after all, bitcoin and ether don’t have legions of state-financed technocrats relentlessly promoting their benefits the way central banks do. The ECB alone employs nearly 50,000 people. The U.S. Federal Reserve System is no slouch at 20,000 staff. The IMF’s 2,400 are a mere handful in comparison.

Probably the best argument in favor of cryptocurrency adoption is simply the fact that the world’s central bankers hate it. For disenfranchised people all over the world, crypto offers that financial inclusion so lacking in many nations.

And if we consider that 85% of the world’s population, some 6.6 billion people, are citizens of what the IMF calls “developing” countries (formerly “third world”), the growth case for cryptocurrencies is nearly infinite. For those blessed with a long-term perspective.

Investing in cryptocurrencies today is very much an investment in the future of money. We already know what central banking can do to a nation’s (and a household’s) economy. Maybe it’s time to find out what DeFi can do instead?