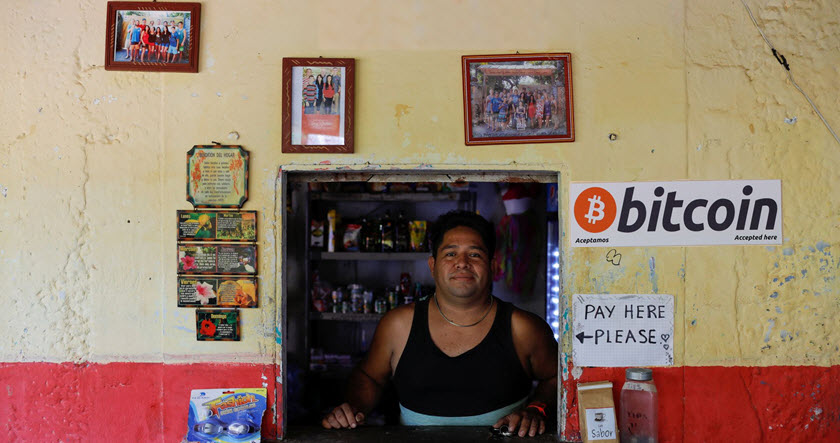 Could a single announcement reverse the bearish sentiment in the crypto market for the last couple weeks? It just might. While speculators worry about charts and Bollinger bands amid crypto’s pullbacks, and others fret about regulatory clampdowns, El Salvador announced it would adopt bitcoin as legal tender.

Who’s El Salvador, and why does this matter?

El Salvador isn’t the giant of Latin America, but it’s not exactly a blip, either. Its over-6 million population outnumbers many European countries. Its developing industrial and tourism hot-spots place its economy on par with the more well-known Panama and Costa Rica.

The country has used the U.S. dollar as the de-facto currency following the abandonment of its own troubled sovereign currency way back in 2001. The lack of its own fiat likely played a role in this trend-setting move. President Nayib Bukele’s praise for bitcoin turned into a legislative landslide with a supermajority (74%) of legislators in favor of bitcoin as a new, legal and official currency.

That decision made some big waves.

Here’s what we know for sure:

What about bitcoin volatility? Doesn’t that make transactions too risky?

Yes, bitcoin is volatile, and while that’s a concern, President Bukele doesn’t consider it a dealbreaker. For all crypto’s benefits in terms of transaction speed and security and ease of use, there’s still the concern of only receiving, say, $95 of the $100 payment due to market fluctuations between the time of payment and the time of deposit.

To address that concern, the government will establish a $150 million trust fund at the Development Bank of El Salvador to assume merchants’ transaction risks. Actually, President Bukele put it better:

“If there’s an ice cream parlor, he doesn’t really want to take the risk, he has to accept bitcoin because it’s a mandated currency, but he doesn’t want to take the risk of convertibility, so he wants dollars deposited in his banking account, when he sells the ice cream, he can ask the government to exchange his bitcoin to dollars. Of course, he can do that in the markets also, but he can ask the government to do it immediately.”

You may be thinking, “Aha! After the trust fund pays out $150 million, they’ll be broke, and then what?”

Then, Bukele explained, the trust fund will simply sell bitcoin to replenish its funds. Simple.

One can flip as many rocks as they’d like to find naysayers downplaying El Salvador’s announcement. Their criticisms run the gamut from reasonable to, well, you’ll see.

Reuters reports one potential concern: “Experts have said the move to bitcoin could complicate talks with the IMF, where El Salvador is seeking a more than $1 billion program.” That could certainly be a stumbling block. If the IMF demands a choice between bitcoin and development loans, Bukele may buckle. In the same Reuters article, Bukele said he was meeting with IMF staff this week and the shift to bitcoin was “not going to change our macroeconomics.”

At the other end of the spectrum, gold bug Peter Schiff just seems to deny reality:

it’s a non event. #Bitcoin will never be used as a medium of exchange or unit of account. The sole purpose of the symbolic gesture is to get Bitcoin companies to set up shop, pay taxes and create some jobs, while allowing Bitcoin pumpers to exaggerate the significance.

Whether this becomes the first in what becomes a trend and then snowballs, or whether this will be a blip, we will only know through history.

Here’s why this is a big deal

It’s hard to take the critics seriously given the situation. This is essentially what bitcoin was made to do. It’s a decentralized digital currency with a hard cap developed as a response to central bank malpractice and scorched-earth economics.

Bitcoin is volatile? Gold was, too, back when currencies were backed by it. Nobody argued against gold-backed currencies. In fact, many if not most will agree that divorcing currencies from any backing beyond “faith and credit” was the genesis of today’s economic woes. (Not long ago, while the U.S. government was printing trillions of dollars at a time, we heard calls to tether the greenback itself to bitcoin! Nobody says, “The dollar’s too volatile…”) Bitcoin is kryptonite against inflation.

Some say Bukele’s true agenda is to lure crypto firms to the El Salvador. That seems like an all-around positive development. (Hint: any nation that wants to attract crypto firms? Just abolish capital gains taxes on crypto sales and exchanges.) And setting a residency-by-investment program at 3 BTC? Genius.

Even if this whole program is just a brilliant marketing ploy to attract exchanges and mining companies to El Salvador, there will be far-reaching consequences.

For example, several other Latin American countries with untethered fiat (including Paraguay and Mexico) have signaled interest in making the same move.

We can assume the greenback won’t quietly fade into a role as a second-class currency. Regardless, for all intents and purposes, it looks like bitcoin just became El Salvador’s gold standard.