Is Bitcoin a Currency, Security, Property, Commodity, or “Mirage”? 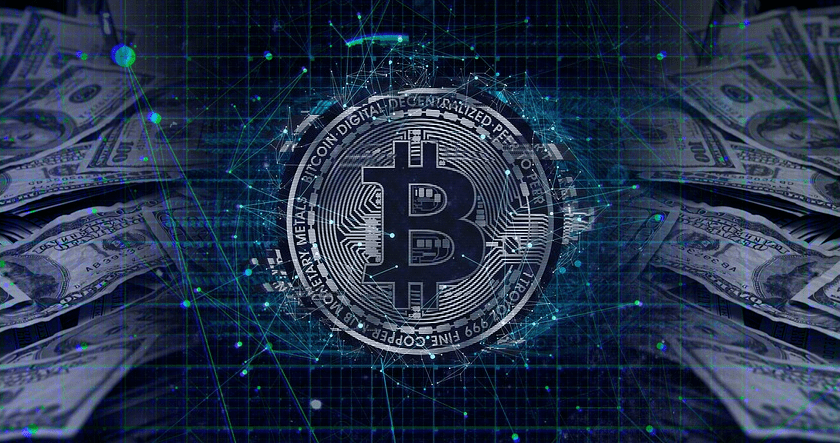 With its lack of physical presence, dramatic price swings, and equally-vociferous groups of supporters and detractors, it’s no easy task to define Bitcoin and other cryptocurrencies. As government entities move toward instilling regulations, the muddy waters surrounding crypto must be made transparent if this digital revolution is to continue to gain traction and acceptance across the US and global markets.

How do we properly define an unprecedented phenomenon that has only in this decade emerged on the world stage? There is no clear answer yet, and indeed even government agencies in the US don’t seem to agree on a definition. But arguments are being put forth for classifying cryptocurrency as belonging to one or more of the established asset types listed below. Though we focus on Bitcoin, these considerations generally apply to all digital currencies (unless specifically noted otherwise).

Is Bitcoin a Currency?

Arguments For: Bitcoin was envisioned as a currency when it came online in 2009, and has been steadily gaining acceptance as a form of payment ever since. Japanese electrical companies accept it as payment for consumer bills and so do some North American brand names, including Overstock, Subway, and Microsoft. For retailers with the funds and infrastructure to adapt, this policy makes perfect sense, especially to appeal to the Gen X and Millennial generations who are the most likely to purchase crypto. These two groups make up 64% of all online shoppers.

Arguments Against: From the point of view of the Department of the Treasury, Bitcoin has yet to behave like a currency, as it lacks the relative stability of most fiat currency. Consider that during 2017 alone, Bitcoin rose from $1,000 to $20,000 and then slid down again to $14,000. Some cryptocurrencies are tethered to fiat money (like the USD), but that arguably defeats the purpose of having a new currency outside of the control of government monetary policy.

Is Bitcoin a Security?

Arguments For: According to the “Howey Test” used by the Securities and Exchange Commission (SEC), an asset is a security if ‘investors invest money in it with a reasonable expectation of profit derived from the managerial efforts of others’. This definition applies to many ICOs, according to the SEC, and functionally many investors buy cryptocurrencies for the same reasons as stocks.

Arguments Against: The SEC has gone on to differentiate between bitcoin and ether compared to other ICOs flooding the marketplace. The key is that bitcoin and ether are decentralized, with no managers, while many other ICOs feature cryptocurrencies built to solve a specific problem and managed by a corporation.

Is Bitcoin a Commodity?

Arguments For: Goldman Sachs’ head of commodities research, Jeff Currie, qualifies bitcoin as a commodity because it “do[es] not have liabilities”. He compares it to gold in that it does not answer to a single entity, unlike, say, the dollar, which ultimately ties back to the US government. Legal experts from the Case Western Reserve Law Review have argued that since cryptocurrencies “[act] as a kind of money between its users”, they function similarly to gold, which is a commodity. The Commodity Futures Trading Commission (CFTC) stated in 2015 that cryptocurrencies are commodities (and hence under their regulatory purview), each being “a basic good used in commerce that is interchangeable with other commodities of the same type”.

Arguments Against: To be classified as a commodity, something must have use value. Corn is a commodity, for instance, because humans and livestock eat it. Steel is a commodity because it is an essential component in the construction of thousands of items. What use value does bitcoin inherently possess?

Is Bitcoin a Property?

Arguments For: In 2014, the IRS formally mentioned virtual currencies for the first time when it declared them as property for tax purposes. For long-term investors, this was good news, as it meant cryptocurrency could be invested in on a tax-deferred basis within a retirement account. A further look at what makes something “property” (in the eyes of the IRS) sees bitcoin ticking all five of the boxes. Property must be (quoting the article):

Arguments Against: The Foreign Account Tax Compliance Act (FATCA) specifically lists cryptocurrency exchanges as financial institutions, which suggests they are platforms for exchanging currencies or commodities. Classifying cryptocurrency as property hinders it from gaining widespread adoption because investors currently must pay a sales tax on their coins as well as either a short-term or long-term capital gains tax.

Is Bitcoin a “Mirage”?

Arguments For: Warren Buffett famously called Bitcoin “a mirage” in 2014, saying “it’s a method of transmitting money… The idea that it has some huge intrinsic value is just a joke in my view.” Many financial observers view bitcoin’s rapid rise in price as the makings of a classic economic bubble, which is destined to burst at some point. Its many rises and falls, sometimes on a day-to-day basis, make it hard to value it as a real asset, much less as currency.

Arguments Against: Bitcoin has two things going for it that push it into the world of tangible financial usability: scarcity and utility. Because there is a finite amount of bitcoin, it has value through scarcity. No one is going to find 50 million bitcoin in a mine, which would devalue its overall worth. And while acceptance of bitcoin for payment has not permeated as much of society as its proponents would like, there are more and more businesses accepting it (along with plenty of peer-to-peer transactions happening). Cryptocurrencies’ many other benefits (decentralization, privacy, accountability, and others) suggest that the technology may offer society something of lasting value.

Bitcoin has been besieged on all sides throughout its nascent stages of growth. Over the past five years, there have been many debates as to whether cryptocurrency should be classified as property, commodity, money, and/or security. The water is perhaps less murky than it was a decade ago, but, for the benefit of the common good, it is the responsibility of government institutions (and the crypto community, to some extent) to join forces to clearly classify cryptocurrency. This will not only provide stability to bitcoin and its fellow digital coins, but it will also define how it is taxed, how it is regulated, how it is transferred, and how it will be used by society to drive further innovation.