Biden Is Losing His War on Crypto, And THIS Proves It 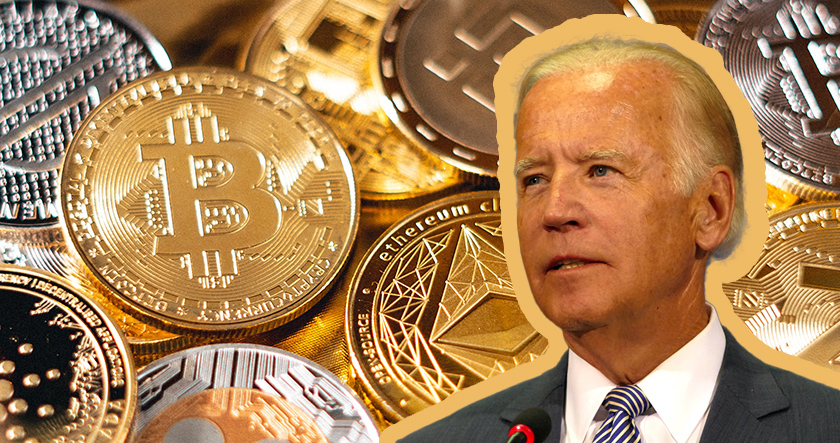 What would a crypto winter be without its very own Groundhog Day?

What other term can we use for what is transpiring on the regulation front? Most recently, the White House came out and issued yet another “regulatory framework” for crypto.

According to a statement issued by the White House last week:

Digital assets present potential opportunities to reinforce US leadership in the global financial system and remain at the technological frontier. But they also pose real risks as evidenced by recent events in crypto markets. The May crash of a so-called stablecoin and the subsequent wave of insolvencies wiped out over $600bn of investor and consumer funds.

“So-called stablecoin,” lol. During the same period, the S&P 500 wiped out over $6 trillion of investor and consumer funds, but that’s okay, right? Right, Mr. President?

In addition, the statement calls for stricter oversight by the Securities and Exchange Commission (SEC) and other regulatory agencies to “aggressively pursue investigations and enforcement actions against unlawful practices in the digital assets space.”

We don’t actually need to talk about the framework specifically, because it doesn’t differ in the slightest from the previous one. (Nor the one before that.) Even mentioning TerraUSD specifically seems an awful lot like a rehash of Janet Yellen’s perpetual wariness of stablecoins. I’m sure those concerns are completely unrelated to her unfortunate habit of issuing massive amounts of completely unbacked paper  currency during her tenure at the Federal Reserve.

We can say that the crypto market fell on the news, again. Exactly as it has after each of the previous announcements. Crypto buyers can be jumpy. And in a crypto winter like this, it almost struggles to find relevancy.

But… there are novelties. For example, the Commodity Futures Trading Commission (CFTC – basically, the SEC of commodities) seems to have developed a distaste for sensationalism. When asked to comment on the  “turf war” between the SEC and CFTC, the CFTC’s head just called the notion a tiresome media trope.

There are some other novelties, if only in analysis. This critique doesn’t like the kind of community-like approach that the SEC and Gensler have taken with crypto. No written rules: come to the SEC and tell them about your project. If it sounds good to them, go for it. Although the analysis goes back and forth over how desired regulation is, we found this quote a bit troublesome:

The ethos of crypto is about decentralization and public code. You can read the Ethereum white paper and related standards and learn about how Ethereum works and then go off and build a decentralized options exchange or a lending platform or a pyramid scheme or whatever else you want on Ethereum. You don’t have to set up a meeting with Vitalik Buterin and get his approval; you just do it. The requirements are open and public, and if you meet them you can do what you want.

Last we checked, crypto is neither a government project nor the SEC’s. Would-be firms go to the SEC to avoid fines or even closures down the line, not to get the SEC’s permission or blessing for their project. Crypto is, after all, a permissionless system. It goes right up from individual HODLers to the blockchain itself. Nobody can stop you from doing stuff in crypto. But they could send an armed gang to close your shop…

Doesn’t, then, Gensler’s “Cosa Nostra” approach make sense? You talk to the unofficial boss, make a good impression, and off you go. Fines can be interpreted as, you know, “protection money.”

Instead of the Wild West, perhaps we can more closely tie crypto to the Prohibition Era. The government wants to make money off of it, but isn’t sure how. They’re pretty sure that this thing isn’t going away, though. And it probably got a few cues from that period, too. Tell any grown-up not to eat the sweets, stand back and watch what happens..

Some will say that a lack of crypto regulation is stifling the industry. But that’s not really true. Regulatory uncertainty has made the entire cryptocurrency ecosystem a high-risk, high-reward marketplace. Yes, lack of clarity slowed institutional adoption (for a while). That era seems to be over.

What’s really stifling it is a global market pullback. Call it a recession, I won’t argue. Long-term crypto investors know that a crypto winter is a great time to lower their cost basis by buying when the price is low. Crypto winters shake out the weak hands and the tourists – setting the stage for the crypto spring that’s always followed every crypto winter so far.

When the crypto winter ends, projects will start popping up again like daffodils the moment there’s available capital. As for regulations, well, we’ll let you know when we see them.