Individual Retirement Accounts (IRAs) have evolved a great deal since their introduction to the Employee Retirement Income Security Act of 1974 (ERISA). Much of this evolution involved expanding the assets types an IRA owner could hold inside of their retirement account. That led to a 1996 court case involving one IRA owner named James Swanson.

Swanson pioneered what would become known as a “checkbook IRA.” In short, he created a special-purpose company that his IRA wholly owned. All profits made within that company were transferred to his IRA balance, which he could not touch until he reached the penalty-free withdrawal age (59.5 years). The idea was that he could build a business that essentially earned tax-free revenue until he started taking distributions from it later in life.

Checkbook IRAs have always been a thorn in the IRS’s side from the very beginning. In fact, it was the IRS that sued Swanson – and lost – in that 1996 court case. Since then, these kinds of special-purpose companies and everything from home storage of IRA assets like precious metals and privately-owned real estate have been targets for the IRS.

It seems now, with the introduction of the latest version of President Biden’s large $3.5 trillion tax plan, the IRS might get its wish. 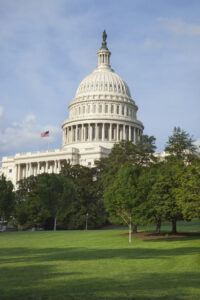 The House Ways and Means Committee released its most detailed markup to the tax bill or Budget Reconciliation bill on September 13, 2021. This wishlist called “Responsibly Funding Our Priorities” came with changes throughout the tax code, including the ERISA of 1974.

The Committee’s adjustments focus on larger retirement accounts: how much wealthier individuals can contribute and convert between accounts and how much these IRAs are required to pay out in retirement years. But several specific areas would affect checkbook IRAs directly.

It’s important to note that this is still a “wishlist” rather than settled law. The Committee itself passed these changes. But neither the House of Representatives as a whole nor the Senate has weighed in with a full vote. These could change. But the very inclusion of these amendments to ERISA marks a new front in the IRS’s battle against checkbook IRAs, which the markup calls “self-dealing.”

Understanding what the new potential rules mean is important for anyone currently investing in a self-directed IRA (SDIRA) or is thinking about opening one. Not all SDIRAs are checkbook IRAs. In fact, very few are. But owning or managing certain assets inside of an SDIRA could get a bit tougher with these potential new addendums.

So, let’s look at the section that targets these kinds of assets and accounts.

The changes to ERISA are outlined in the Committee’s “Responsibly Funding Our Priorities” document, which you can view here. Specifically, it’s Subpart B we’re looking at for the greatest changes.

Subpart B, titled “Other Provisions Relating to Individual Retirement Accounts,” lists five specific alterations to what is allowed to occur both inside of SDIRAs, as well as how high-wealth individuals are allowed to contribute or roll money over into one.

“To prevent self-dealing…” the fourth section in Subpart B begins. It goes on to describe the current law regarding checkbook IRAs. Currently, an IRA holder can own up to 50% of a company or property held within that IRA. They can also run and influence that entity from a position such as CEO or Director. That would all change if this provision were to be signed into law.

Sec. 138314. “Prohibition of Investment of IRA Assets in Entities in Which the Owner Has a Substantial Interest” makes three specific changes directly related to checkbook IRAs dating back to their beginning with Swanson’s 1996 gambit.

If passed, each of these changes would go into effect after Dec. 31, 2021. For accounts and IRA holders currently outside of these thresholds and rules, they will have until the end of 2023 to correct their holdings and positions.

What Does This Mean?

As stated, not all SDIRAs are checkbook IRAs. Checkbook IRAs are also known as “IRA LLCs.” In the world of cryptocurrency investing, checkbook IRAs providers commonly use the phrases “not your keys, not your crypto” and “hold your own keys.”

Because of these potential changes and the ongoing IRS battle against checkbook IRAs, we steer clear of them at BitIRA. We don’t help people set up or invest through accounts that could be caught in this potential trap.

You can still get in on the fast-growing and exciting cryptocurrency landscape without resorting to a checkbook IRA, however. In other words, this potential change to ERISA doesn’t exclude anyone from owning digital assets like Bitcoin and Ethereum inside of an SDIRA.

For more on how that works specifically, we urge you to read this page on the ins and outs of owning digital currencies inside SDIRAs.

Where Does This Proposal Go From Here?

As noted, this proposal and the 2021 Budget Reconciliation bill are not yet laws, and they may never pass (or they may pass with many changes). The legislative process is long and obviously quite messy. There are other committees in both chambers yet to weigh in, let alone the members as a whole. But this proposal does make one thing perfectly settled: the IRS’s long battle against “self-dealing” checkbook IRAs is now Congress’s battle.

At the bare minimum, this should act as a wake-up call to anyone thinking about opening up a checkbook IRA. That includes anyone wishing to set up an entity to hold and trade digital currencies.

At BitIRA, we help people open an SDIRA without risking the wrath of the IRS or Congress. Whether the new proposal passes or not, this is a great time to consider alternatives for your alternative assets.