As cryptocurrencies continue to push into all aspects of finance and the economy, the desire to connect these digital tokens to their paper counterparts grows. Using dollars and euros to buy and trade cryptocurrencies is only one part of it.

Just as important is the ability to lend and borrow digital currencies. This is crucial for everything from small startup companies to major global multinational organizations. Investors are actively seeking solutions in the decentralized finance (DeFi) space. And Maker plays a crucial role in every part of that ecosystem.

For those wishing to be part of this exciting, fast-growing world of DeFi, perhaps the best and most lucrative way is through a maker IRA.

Individual Retirement Accounts (IRAs) have been around since the 1970s. For conventional IRAs, despite the rapid innovation of finance, not much has really changed in the last few decades. Fortunately, those aren’t the only types of IRAs available anymore.

Self-directed IRAs, or SDIRAs, offer savers choices in both what they can buy, opening up new worlds of so-called “alternative” investments and how they can buy those assets. Specifically, some SDIRAs allow you to use your retirement savings to invest in cryptocurrencies, like maker.

But a maker IRA isn’t restricted to just one cryptocurrency. Maker IRAs are truly self-directed. A self-directed maker IRA can invest in everything from conventional investments like stocks, mutual funds, ETFs and bonds to other less-traditional assets, including precious metals, real estate, and other digital currencies like bitcoin, ethereum, litecoin, etc.

Before you run off to open your maker IRA, you should know what this cryptocurrency does and what it controls. Unlike bitcoin, maker backs a whole system, including a second digital token. And both the system, called MakerDAO, and the token, called DAI, are integral to the foundations and the growth of the DeFi world.

You can think of the Maker system as a hierarchy. At the very top is the maker token itself, MKR. It represents MakerDAO, a decentralized autonomous organization (DAO)-based DeFi platform with cutting-edge technology. MakerDAO, in turn, uses the Ethereum blockchain to mint the Dai stablecoin based on the collateral posted.

MakerDAO’s platform allows the trading, loaning, and borrowing of DAI. It works by using smart contracts on the Ethereum blockchain that can near-instantly send and confirm trade data, collateral, and match borrowers with lenders.

This allows for the same kind of transactions that make national currencies, and the modern banking system run on dollars and euros. And already, DeFi is becoming a huge growth engine for the cryptocurrency market.

Right now, MakerDAO’s system locks up nearly 2% of all Ethereum supply. That’s no small feat. Ethereum is worth $368 billion as of April 2022. Two percent of that is sizable– about $7.4 billion.

MakerDAO was the first piece introduced on the Maker system in 2015 by Rune Christensen. Christensen is a Danish entrepreneur who previously co-founded Try China, an international recruiting company. 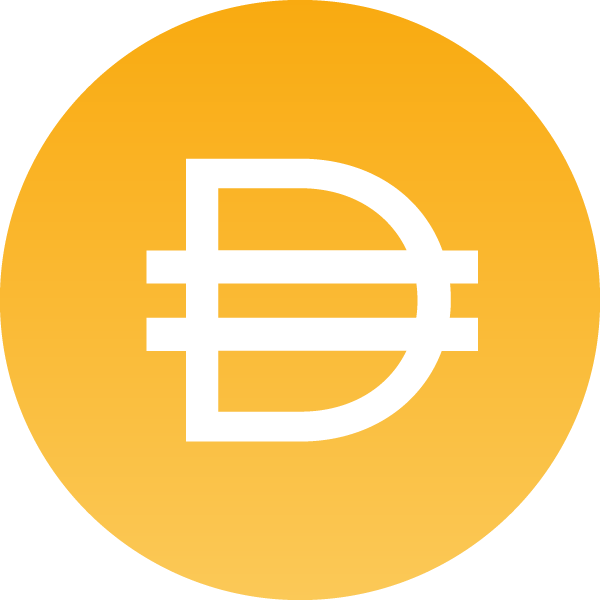 All of the DeFi transactions in MakerDAO run on DAI, a secondary token in the Maker system. But unlike maker, bitcoin, and most of the other major cryptocurrencies you hear about, DAI is a stablecoin. What it does is in that name. It acts to stabilize the digital currency landscape.

DAI is pegged to the U.S. dollar at a 1-to-1 ratio. Meaning that the price of DAI should never fluctuate much more or less than $1 USD. DAI’s value is backed by collateral to ensure it doesn’t move. Specifically, ethereum-network tokens and USDC (another stablecoin that holds USD directly). This collateral backstops most of the volatility typically seen in the cryptocurrency market from moving the price of DAI much above or below $1 USD.

This stability is important, and it’s the basis for the whole MakerDAO system. A stable and steady currency like DAI lets borrowers and lenders feel confident to begin transacting with it. Imagine: if the dollar were to somehow lose 50% of its value overnight, the chances of you switching your savings over to a differently-denominated, more stable asset would definitely decrease.

Lenders don’t want to hand out loans that can be paid back in a depreciated currency, and borrowers don’t want to take out loans in a currency liable to skyrocket in value while they’re paying off their balance. For borrowing and lending to work, the unit of account, whether it’s a dollar or a DAI, has to be stable.

DAI has been around since 2017 and has done a remarkable job of holding steady to the U.S. dollar.

Even at the height of the recession in 2020, when every market was whipsawing in price, DAI never traded for more than $1.05. And since the start of 2021, it hasn’t even gotten close to $1.01. That’s a pretty stable peg.

It’s been able to do that because it is overcollateralized. In other words, the Maker system holds more than 100% of the value of circulating DAI in other assets, like ethereum. In fact, right now (April 2022), DAI is 160% collateralized, with a minimum requirement of 150% collateralization. Even if its assets dropped significantly, DAI would likely still trade at $1 USD.

Learn more about DAI on our DAI IRA page.

That brings us to maker tokens themselves. MKR is the point of this whole explanation. These are the rulers of the entire Maker system – both MakerDAO and DAI itself. The technical term for MKR is a governance token of the MakerDAO.

MKR holders are in charge of everything involving the system. You can think of MKR owners as members of MakerDAO’s board of directors who participate in policy development and changes. A couple of crucial policies stakeholders vote on include:

Besides just dealing with DAI, MKR token holders vote on any changes to the security of both protocols (MKR and DAI), as well as which “oracles” to use to supply data to the Maker system. Oracles are essentially data messengers that connect everything outside of the blockchain to the protocols and data inside of one – the services that determine whether the terms of a smart contract are fulfilled. For instance, to efficiently set the interest rate on MakerDAO, it could be important to know what the U.S. Federal Funds rate is at that time.

That is a lot of responsibility, hence the value of MKR. But these governance tokens are also responsible for something else even more crucial.

MKR can be used as something called “collateral of last resort.” If the collateral backing DAI somehow falls so much in price that DAI is at risk of losing its peg to the dollar, the whole system would fall apart. MKR is there to stop that from happening at any cost.

Through a process called automatic recapitalization, MKR holders would create new MKR tokens to buy up DAI to prevent it from falling in price. This would be a “black swan” event, which would mean there are serious problems in the cryptocurrency market. But even in such an event, MKR has its own failsafe, unlike most other cryptocurrencies.

This kind of problem did actually occur once (though it wasn’t an incredibly large or long problem). On a day known as “Black Thursday” in early 2020, a partial blockage on the Ethereum blockchain caused a delay in relaying price information by the MakerDAO oracles. This led to $8.3 million worth of DAI being liquidated.

Quickly after the problem started, MKR holders were able to successfully hold an auction to issue new MKR to make up for the losses in DAI. These were used to buy DAI, stabilizing the stablecoin once again by bringing in fresh collateral to back DAI. Unless you were actively trading at that time, you might not have even noticed it, as the price of DAI was able to quickly recover its steady $1 USD peg.

While more MKR tokens were created in a hurry during this event, that doesn’t mean MKR holders would have their positions permanently diluted. Because MKR has a built-in anti-inflation mechanism.

Anyone who borrows DAI pays a small “stability fee.” This fee is paid in MKR tokens, which are immediately burned. “Burning” a cryptocurrency is another way of saying the tokens are taken out of the market and permanently erased (just like burning a paper dollar would completely destroy its value and permanently remove it from circulation). This stability fee helps limit the supply of MKR, even if it is triggered in a “collateral of last resort” event.

MKR holders are also the ones to set the fee itself. So, there’s an incentive to ensure supply doesn’t get out of control. Further, whenever MKR is burned, that effectively increases the value of the rest of the MKR pool.

How does maker stack up to its competitors?

MakerDAO isn’t the only platform that allows users to borrow and lend cryptocurrencies. Aave is its chief competitor with a slightly larger market cap (but a smaller amount of crypto currently locked up in loans).

So, to get a good look at how well maker tokens compare, it’s helpful to compare them to AAVE.

For more, check out our Aave IRA page here.

Why open a maker (MKR) IRA?

The DeFi market, in general, is growing at an astronomical rate. In just two years, assets locked in DeFi grew from $600 million to about $200 billion, according to Morgan Stanley. That’s more than 330x growth in just two years. Impressive as that number is, it’s still relatively small compared to the amount of money flowing through traditional financial markets like foreign exchanges or stocks. There’s plenty of room to grow. And many cryptocurrency investors have decided that one of the best ways to benefit from this growth is to own the governance token of the largest DeFi lending marketplace.

There are a whole host of other reasons for owning MKR tokens. The DAO sets its own stability fees. It controls the interest rates for the entire MakerDAO platform. MKR holders perpetually burn MKR tokens through the fees the system collects, creating a hard backstop on dilution (and increasing the value of MKR at the same time).

But the single greatest reason to own MKR is that it tends to do well whenever DAI does well. And DAI is fast becoming one of the most used stablecoins in the cryptocurrency market. Stablecoins allow users to avoid much of the volatility associated with unbacked, free-floating cryptocurrencies like bitcoin. This is only going to become more important going forward.

When you combine all of that with the ability to own MKR tokens inside of a tax-sheltered IRA, you can see the full advantages. IRAs have long offered significant tax advantages that help grow retirement savings for decades and are especially attractive ways to invest in assets with high growth potentials. With a maker IRA, those tax benefits can be applied to MKR tokens – and more.

Because there’s more than just MKR on offer inside a digital IRA. You can add other available digital currencies like bitcoin or maybe even MKR’s competitor, aave. You can invest in other “alternative” assets like physical precious metals, including gold and silver, along with the traditional investments you’d expect in an IRA: stocks, mutual funds, ETFs, bonds, etc.

How to open a maker IRA

Opening a self-directed digital IRA has never been easier. Our team of experts at BitIRA can explain everything from rolling over funds from other retirement accounts to what kinds of assets you can own.

They’ll walk you through the whole process. Give us a call today to learn more.