Crypto CEOs in Congress, but This Time Is Different 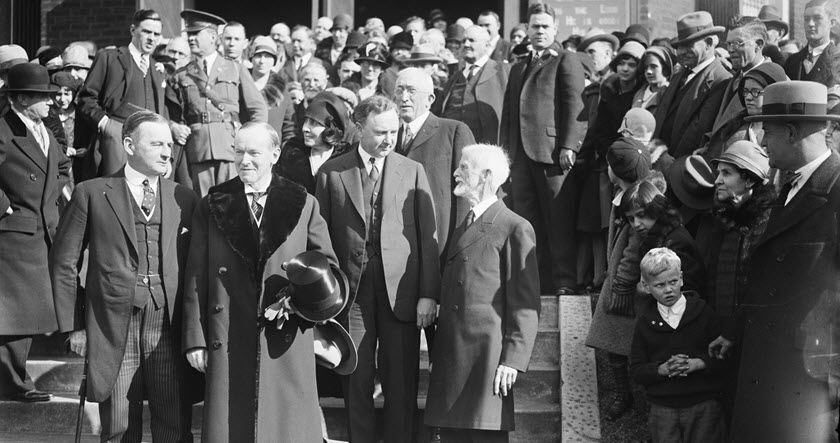 Crypto CEOs once again met with regulators in Congress to talk about crypto and regulation. These kinds of meetings used to cause a lot more fear, uncertainty and doubt (FUD) in the market’s early days.

But right now, with the cryptocurrency marketplace well-established at an over-$2 trillion valuation, some things are becoming clear. In other words, this time is different. Here’s why…

Crypto is too big to ignore

The size of the market is already well beyond the point that clampdowns or prohibitive legislation could trigger a financial crisis. And it’s rapidly expanding, not only in terms of value but also in terms of adoption. When the big names in traditional finance, old-school banks like Goldman Sachs and JP Morgan Chase and UBS and BNY Mellon, adopted cryptocurrencies, they brought along their contacts and lobbyists. Even if the U.S. government actually wanted to crack down on crypto, we doubt they could. Wall Street has embraced crypto with such enthusiasm they’d likely go to war over such an effort, mobilizing their armies of lobbyists and insiders to disrupt crypto-hostile legislation.

It isn’t so much that crypto is “too big to fail,” to use the unfortunate phrase we heard so often during the 2008 Financial Crisis. It’s that crypto has become too big to ignore.

Regulators could argue that cryptocurrencies have the capability to disrupt the global financial system (if they haven’t done so already). That was one of their intended purposes. This isn’t “disruption” as in, “A crowd of protesters blocked major downtown streets and disrupted traffic.” No, this is Clayton Christensen’s theory of disruptive innovation at work. This sort of disruption is inevitable in any sort of free-market economy and is not to be interpreted negatively.

Despite all the industry developments, cryptocurrencies are still, for the most part, doing what they always have. They’re just doing a whole lot more of it over the past year or two.

So why are crypto CEOs heading to Congress?

“Digital Assets and the Future of Finance”

Six executives from Coinbase, Circle and FTX were called to offer some insight into what’s going on with the market. The title of the hearing is “Digital Assets and the Future of Finance: Understanding the Challenges and Benefits of Financial Innovation in the United States.” Sounds thrilling… (Seriously, though, Congress really needs to work on their marketing.)

This session, led by Congresswoman Maxine Waters, Chair of the Financial Services Committee, is pro-regulation. In a different hearing, she asked witnesses:

Note the framing here. Regulators are always saying they want to understand crypto.

Prominent industry figures are always saying they’re ready to educate regulators. Coinbase is a notable exception, as it has been warring with the Securities and Exchange Commission (SEC) over the blacklisting of its LEND product. As a gesture of peace, Coinbase is sending its CFO to Congress.

In addition, five other executives from Circle, FTX, the Bitfury Group, Paxos and Stellar spoke during the hearing.

Is that why the crypto market dropped 20%? We don’t think so…

In fact, the recent crypto price drop is an interesting example of how the market has matured and moved away from trading-on-the-news FUD.

In the early days of the market, prices might have tumbled ahead of a hearing like this with investors selling everything, bracing for a total crypto ban.

Interestingly, the latest 20% price drop is not based on investors getting spooked out of cryptocurrencies. Instead, it’s a derivatives sell-off. These derivatives, along with other suspicious products, that the SEC Chairman Gary Gensler wants to regulate more closely. Now, this seems weird at first glance, but here’s the thing: the SEC does have jurisdiction over financial derivatives. That’s why U.S.-based bitcoin ETFs are all based on futures rather than simply owning crypto directly. Most individual investors agree that crypto derivatives being left unchecked is harming the market. Some (including us) might even question the need for derivatives of a digital asset.

To some degree, what we’re seeing is a political turf war over who should be making the regulations we need for cryptocurrencies. Who does the work doesn’t really matter, so long as it gets done. In this sense, the harshest crypto regulators having their way would actually benefit crypto. (Even though Coinbase disagrees because their feelings are still hurt over Lend.)

What do the apparently crypto-hostile regulators want? Investor protection and crime prevention.

Similarly, we haven’t heard of anyone trying to ban kitchen knives to prevent their use in crime. Instead, this side is most likely referring to the kind of increased vetting of derivatives and ICOs that the SEC is looking for. We do have these sorts of regulatory mechanisms in place for stocks and bonds. Extrapolating a similar framework to cryptocurrencies might create a two-tier system (similar to stock trading, by centralized exchange or over-the-counter for unlisted stocks). That’s hardly terrifying.

Ultimately, regulation might include know-your-customer (KYC) rules for exchanges and other financial intermediaries. Again, hardly terrifying. Most of the cryptocurrency investors we know aren’t trying to launder money or fund seven-figure weapons purchases. They’re just trying to make sure they have enough money for a secure financial future.

The other side, or “crypto positive”, on the other hand, is lavish in its praise. Lummis and Toomey are unabashed advocates and personal hodlers. It’s therefore safe to assume that nothing significant happened during this hearing.

(That China has banned crypto is about as relevant as many other things that China is doing but the U.S. is not. Know what else? When China decided to ban crypto, Xi didn’t schedule a hearing first and ask business executives what they thought about the idea. The U.S. isn’t China. That’s just the FUD talking.)

Members of the committee got to ask their questions. If they listened to the answers, maybe they learned something. Few minds were changed, and the market will most likely continue as it has so far.

Or, as CEO of Bitfury group and former Comptroller of the Currency Brian Brooks believes, do even more interesting things.