Crypto Bull Run: How do You Know?

The cryptocurrency market seems to be in the midst of yet another bull run. Historically, crypto bull runs have meant skyrocketing prices and significant fear-of-missing-out (FOMO) by investors. But instead of flying blindly into the current crypto bull run, let’s look back at previous bull markets to give us some insight as to where we could be headed.

Please note that none of the following should be taken as investment advice and should only be used for informational purposes.

What is a Crypto Bull Run?

In financial markets, a bull run is described as an extended period of appreciating prices. In the stock market, a bull run is often described as a period of 20% growth after a period of at least 20% decline. This is in contrast to a bear market when prices are steadily falling. The most recent bitcoin bull run began in 2020, but it isn’t the first bull market the industry has experienced. In fact, there have been three previous bull markets on record that can provide insight into the current bull market.

A History of Bitcoin Bull Markets

Like most other assets, Bitcoin has been valued in dollars since its inception in 2009. At first, there wasn’t a real dollar value attached to Bitcoin since there was no market of buyers and sellers, but this started to change slowly over time. One of the first Bitcoin transactions on record was when Finnish Bitcoin developer Martti Malmi sold 5,050 Bitcoin for the low price of $5.02, valuing the cryptocurrency at $0.0009 in October 2009.

Since that time, Bitcoin has experienced several bull markets, all of which have propelled its price to where it is today.

2011 was a historic year for Bitcoin as in February, the price of 1 BTC eclipsed $1. But it wouldn’t stay that way for long, as the price of Bitcoin spent the first half of the year climbing higher, eventually reaching $32 before the bull run ended.

The 2013 Bitcoin bull market was quick and fierce. Between October and December, its price rose ten-fold, hitting $1,200 before receding lower. All told, the price of Bitcoin rose 9,131% over this bull run, making it the period of highest growth for the cryptocurrency. 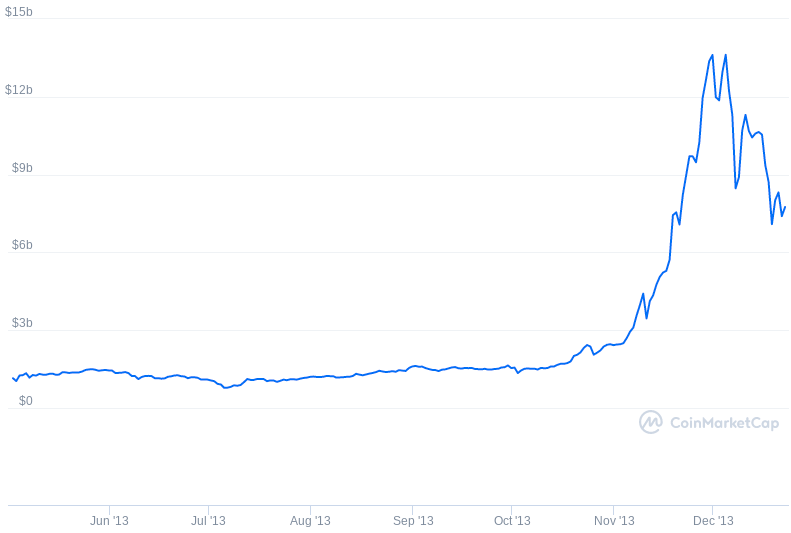 The Bitcoin bull market in 2017 wasn’t as fruitful as other bull markets but still provided excitement to investors. The beginning of the year began with Bitcoin below $1,000 but ended with its price heading north of $20,000. 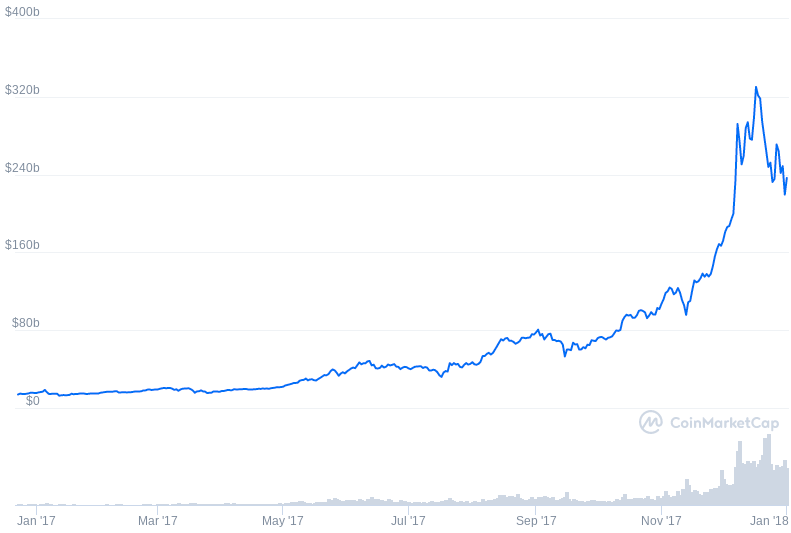 After the price of Bitcoin took a tumble near $5,000 in March 2020, it quickly recovered. By August, prices were heading north of $10,000 and targeting their previous high. By Christmas of that same year, Bitcoin was above $20,000 with no end to the bull run insight. As this bull market has continued in 2021, the price of Bitcoin has surged past $50,000. 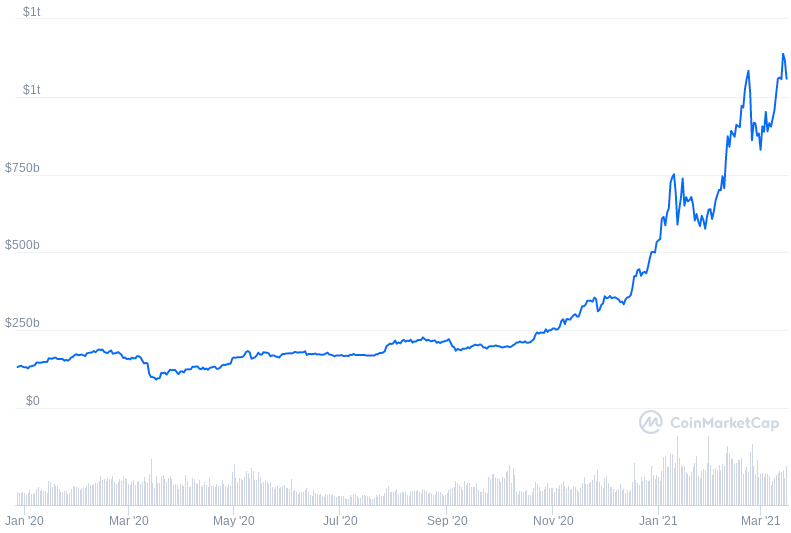 At the time of this writing, the bull market of 2020-2021 is still ongoing, and it’s unclear how far the current run will last.

What Causes a Crypto Bull Run?

The cryptocurrency market has undergone significant growth over the past decade. The industry has matured over the years, and bull markets have popped up due to this growth. But each bull market is distinct in its own way and caused by a variety of factors.

The Rise of Altcoins

Altcoins are defined as any cryptocurrency that is not Bitcoin and is looking to take market share away from the industry’s leader. Some altcoins describe themselves as better alternatives to Bitcoin, while others are digital assets with their own use cases and not directly competing with Bitcoin.

A good indicator of how well altcoins are trading against Bitcoin is the percentage of the total market Bitcoin controls at any given time, otherwise known as Bitcoin Dominance. From this chart, we can see that Bitcoin maintained a more than 80% dominance in the market until 2017, when altcoins began to grow. Bitcoin saw its dominance fall to as low as 33% before stabilizing around 60% in late 2019. Clearly, Bitcoin has maintained its market dominance throughout the years, but there are times when altcoins come to challenge the industry’s leader for market share.

Historically, altcoin bull markets can occur for a variety of reasons:

How to Know if We Are in Another Crypto Bull Run

Historical bull runs have been marked by money flowing into the crypto industry and its growing technology. In 2011, Bitcoin was starting to become known in the tech space, and by 2013 it was becoming easier for anyone to buy and sell the digital asset. 2017 marked growth in altcoins and ICOs, which brought even more capital into the industry.

But while historical bull runs have been facilitated by money with relatively unknown origins, the current bull run has been pushed into the mainstream. Important public companies and financial institutions are now jumping on board to the crypto rally, and this movement is driving the bull market even higher. Already in the first few months of the year:

This influx of capital into Bitcoin and other cryptocurrencies has sparked the current bull market. It’s unclear how long the bull run will last and how high prices will go, but if historic bull runs are any indication, we are in for one wild ride. Regardless of whether this is another record-shattering bull market or the new business-as-usual, savvy retirement savers can use cryptocurrencies to diversify their nest eggs and gain some exposure to incredible growth potential with a cryptocurrency IRA. Contact BitIRA at (800) 299-1567 today to learn more.