Will Crypto Sink or Skyrocket in a Global Recession? 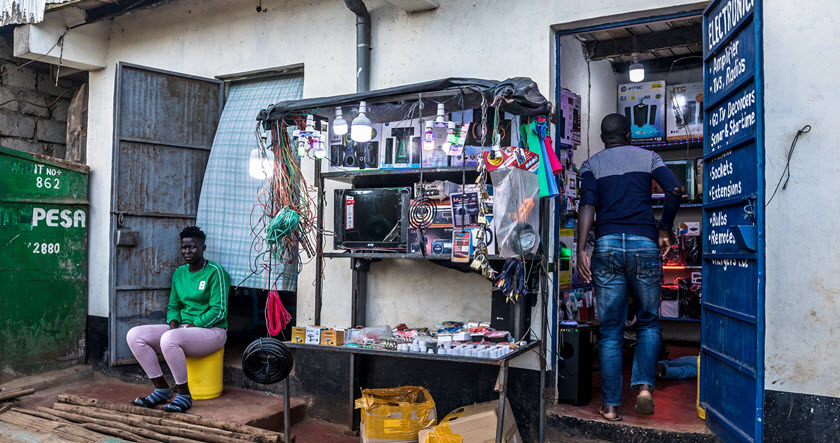 What is that saying about broken clocks being right twice a day? We might not be the most vocal supporters of the International Monetary Fund (IMF), but their latest forecast happens to align with our perspective.

When crypto slumped, it took a mighty long time for everyone to make the connection between the crypto downturn and the broader financial markets, which were flashing warnings of economic recession. We reported on it, but almost everyone else in the crypto sphere seemed completely disconnected from their surroundings as they analyzed the charts and wondered (like they always do): Crypto back to zero?

As weeks and months went by, it became clear that the cause of crypto’s woes lay far deeper than technical charts. Market watchers, participants and speculators could no longer ignore that the goings-on in the crypto market were intrinsically tied to the wider global economy.

Now, the IMF has downgraded their global economic forecast yet again, along with some choice wording:

The world’s three largest economies are stalling, with important consequences for the global outlook. Inflation is a major concern. The global economy, still reeling from the pandemic and Russia’s invasion of Ukraine, is facing an increasingly gloomy and uncertain outlook.

Having first sliced global growth predictions to 3.6% in April, they’ve now lowered their expectations to 3.2%.

The optimism doesn’t end there, as these are growth figures for 2022. For 2023, the IMF is listing a 2.9% figure that will likely continue to be revised downward…

Some perspective on global growth

How does this compare to previous years? Since 1961, global growth has averaged 3.5% with a standard deviation of 1.75%. If you’re not a statistics nerd, that means most years saw growth in the range of 2-5%.

For example, last year, which was far from an economic boom, global economic growth hit 6.1%. That’s what we’d call an outlier, growth above the typical range. We have to go all the way back to 1973 to find comparable growth in a single year.

In 2020, a year sometimes compared to the Great Financial Crisis, the world’s economy contracted 3.1%.

Today, the global economy seems to again be approaching the most stagnant environment in nearly a century. Russia, China, the Eurozone and the U.S. are all called out specifically in the IMF’s growth forecast downgrade.

And the forecast gets even gloomier! Despite our perceptions of the IMF as a cheerleader for economic growth and development, despite their celebrations of even the tiniest bit of good news, this report is clear-eyed enough to recognize that, right now, all risks are “overwhelmingly tilted to the downside.”

In other words, this pessimistic outlook is still based on the best possible outcomes!

Here are those overwhelmingly-downside-tilted risks:

The outlook has darkened significantly since April. The world may soon be teetering on the edge of a global recession, only two years after the last one.

Long-term inflation and economic hardship over central banks’ attempts to reduce it were prominent in the report. Our economy seems to be the worst of the bunch, with the IMF forecasting 2.3% growth in 2022 and 1.0% in 2023. If there isn’t a feasible alternative to Russian imports of gas and oil, the IMF doesn’t find it difficult to envision growth in the U.S. and Europe approaching the heartwarming 0% figure by next year.

As we all know, crypto is an industry, by now a full-fledged one, integrated into the global financial system. It needs to have an economy of some sort in order to grow, which right now seems to be on hiatus for the next 18 months or so. With crypto posting double-digit gains amid forecasts like these and interest rate hikes, we now even have plenty of crypto investors worrying that the real crash hasn’t happened yet.

Maybe that’s true, maybe it isn’t. We do know that during its worst downturn in five years or, according to some, all of history, bitcoin remains comfortably above its famous 2017 high (as does ether and indeed the most established cryptocurrencies). We wouldn’t be surprised to see continued growth in crypto prices as individuals around the world look for investments that aren’t being consumed by four-decade high inflation…

One thing seems certain: economists are a lot more nervous than crypto investors right now. Those who buy crypto for the long-term at least can ignore the quarterly fluctuations in the global economy – while economists keep sharpening their pencils and adjusting their economic predictions lower and lower.