Where are Cryptocurrencies Mined?

Cryptocurrency mining is an essential part of the blockchain industry. Miners help to secure blockchain networks while receiving rewards (in the form of newly-minted cryptocurrency coins) for their completed work. And as the entire industry has grown, so have crypto mining operations, which are now controlled mostly by large companies with the resources and experience to mine successfully.

But first, let’s take a look at what mining is and where it’s happening.

What is Cryptocurrency Mining? 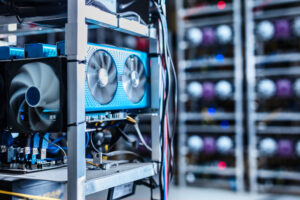 To understand cryptocurrency mining, you first must understand proof-of-work (PoW). PoW is a method of maintaining blockchain security through cryptography. In PoW, one node — known as a miner — in a decentralized network verifies transactions as correct and broadcasts the information to other nodes on the network who cross-check and verify the information is accurate.

To verify the accuracy of transactions within a block, miners must use computational power to solve resource-intensive mathematical processes. The amount of computing power used to mine a blockchain network is known as the network’s hash power. When a miner uses their hash power to solve for a new block successfully, they are rewarded with newly minted cryptocurrency as a reward.

When blockchain networks were still in their infancy, mining could be done from a personal computer, as the computing power required to mine was not extremely intensive. Yet, as networks like Bitcoin grew, so did the computational power needed to mine successfully. This led to a shift from mining by individuals to cryptocurrency mining by businesses with large amounts of capital and computational power at their disposal.

The cost of cryptocurrency mining

The first thing miners need to do is purchase computer hardware. There are different kinds of hardware used depending on the blockchain being mined. For instance, Bitcoin miners utilize application-specific integrated circuit (ASIC) units, while Ethereum miners use graphical processing units (GPUs) for that blockchain. This hardware isn’t cheap, with ASIC equipment easily costing thousands of dollars and GPUs coming in at around $750 a piece.

Aside from the cost of mining hardware equipment, the highest cost for crypto miners is electricity. That’s because crypto mining is highly energy-intensive (like most data centers), and miners consume large amounts of electricity as a result. Therefore, miners focus their operations in geographic areas where electricity costs are the lowest.

With computer hardware running at full capacity 24/7, they run the risk of overheating and shutting down. Therefore, keeping the hardware cool is vital to maintaining the integrity of these machines and keeping them constantly operating at full capacity. Depending on where cryptocurrency is mined, cooling costs can be excessive. But for miners in cold-weather locations, cooling costs can be offset by freezing outdoor temperatures, which miners use to their advantage to create cost-effective cooling mechanisms.

There is a belief that crypto mining is centralized mainly in China. But do the facts back up this long-standing idea? Let’s see where the majority of cryptocurrency mining really takes place throughout the world.

Much to the dismay of the global capitalist market, China remains the top cryptocurrency mining country in the world. Why? Primarily because of the cheap electricity that miners can access within the country, mining is more profitable than anywhere else on the planet.

According to the Cambridge Centre for Alternative Finance, more than half of all Bitcoin mining in the world comes from just two provinces in China: Xinjiang and Sichuan. Miners actually move between provinces during the year. During the wet summer months, a great crypto mining migration occurs as miners move to Sichuan to take advantage of an overabundance of hydroelectric power, which comes at cheap prices. Miners actually utilize energy that would otherwise be wasted in the province.

There’s another reason why China is a valued destination for miners. The country has relatively lax environmental policies — specifically around coal — which means miners don’t have to worry about the environmental impact of their facilities.

While the United States currently accounts for only 7% of all cryptocurrency mining, that number is growing. This is thanks mainly to Foundry USA, which has already become one of the top-10 Bitcoin mining pools on the network and growing.

Renewable energy is playing a role in the growth of U.S. mining, as the low cost of both wind and natural gas has opened up doors for crypto miners in states like Texas. Publicly traded company Argo Blockchain recently acquired 320-acres of land in Texas to build a cryptocurrency mining data center.

The cold Russian weather isn’t just good for winter sports; it makes ideal conditions for cryptocurrency mining. Besides the cost of electricity, one of the other significant costs for miners is cooling systems to keep mining hardware from overheating. Russia’s cold weather significantly decreases cooling costs for these operations, with the arctic temperatures acting as a defacto cooling system on its own. This eliminates one cost for miners, thereby increasing their mining profits in the country.

Russia also can produce electricity at low costs. The country’s natural gas production and hydroelectric power in the northern region keep electricity costs low, sometimes as cheap as $0.03 per kilowatt-hour (kWh) – compared to U.S. average costs of $0.10 to $0.22 per kWh, it’s no wonder Russia is an optimal place for cryptocurrency mining. 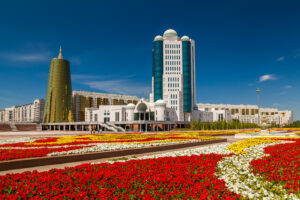 This Asian country might not have the resources of the other countries on this list, but it does have the cheap electricity that miners love. It’s estimated that electricity rates in Kazakhstan could be within the lowest 5% of rates globally, with some miners benefiting from prices at $0.02 per kilowatt-hour (kWh). And, unlike other countries where mining is constantly on the verge of government regulations, Kazakhstan has made it conducive for miners to operate within its borders, easing restrictions and allowing miners to operate freely.

Kazakhstan has already attracted more of Bitcoin’s miners, with its total hash rate jumping from 1.4% in 2019 to 6.2% in 2020. With miners expected to invest over $700 million in the coming years on their operations in Kazakhstan, the country could quickly move higher on this list.

What This Means Moving Forward

As previously mentioned, the most significant factor in crypto mining is energy prices. Energy drives profitability for miners and can even cause them to move from location to location, searching for the cheapest energy rates. As energy prices fluctuate, so too will the location of miners throughout the world.

Then there is the issue of government intervention and regulation. The implementation of crypto mining regulation could spell trouble for the further distribution of the industry. In the U.S., some states like New York are proposing that crypto mining facilities pass an environmental impact assessment before opening, which could include a three-year moratorium on any firm’s mining operations.

The future of mining is still precarious and largely dependent on the growth of clean, cheap energy sources from various locations throughout the world. While China’s domination on mining hash power is slowing down, the country still controls a significant amount of mining power, and with it, potential influence over distributed computing networks.