For Amazon, Crypto Is Inevitable 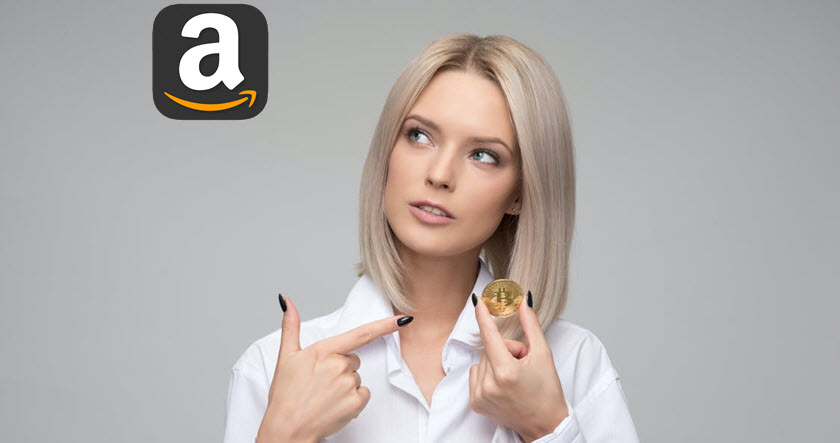 Cryptocurrencies have definitely been on quite a ride since November. Bitcoin’s jump from just above $13,000 late last year to $65,000 in months was just as thrilling as its 40% crash in May. The most reasonable minds attribute the start of the move to PayPal’s announcement of a full cryptocurrency offering and the plummet to China’s crypto clampdown.

Since May, the crypto space has found itself in an almost do-not-talk environment for two months. Is Bitcoin going to plunge another 40% by the end of the year, or is it going to return to the bullish price trajectory and meet $100,000 forecasts? Certainly, price volatility has been relatively tame.

That was before widely-circulated insider reports that Amazon planned to accept cryptocurrencies as a payment method hit the wires. Rumor went so far as to claim the commerce giant is wanting to integrate crypto as a key part of its operations. The crypto market responded, even after the reports were “denied” almost immediately

Notwithstanding our interest in the space, the speculation that has ensued around our specific plans for cryptocurrencies is not true. We remain focused on exploring what this could look like for customers shopping on Amazon.

Investors don’t quite seem to buy this weak protest. Bitcoin is still seeing daily gains of roughly 5%, hovering around $40,000 at the time of publication.

These gains are being posted following the Amazon spokesperson’s statement that its Digital Currency and Blockchain job opening has to do with merely “general interest” rather than a plan that’s ready to roll out, as the initial source claimed.

So what are investors to make of this?

For starters, crypto prices returning to upward moves (after briefly falling when the spokesperson dismissed the “insider” report) is decidedly bullish. The Amazon representative acknowledged that the company has an interest, but protested that it is still just that.

Market analysts are just as quick to attribute crypto price fluctuations to Elon Musk’s tweets as to actual financial news. In Musk’s specific case, much of what Tesla is about seems to rest on belief of success rather than fundamentals. The CEO and the company go back and forth, pro- or anti- crypto, and journalists never hesitate to claim a causal link between an Elon Musk tweet and a move in the global crypto market.

Amazon, well, that’s different. Amazon’s secrecy is legendary. Even their PR team doesn’t talk that much. So the story about Amazon actively pursuing a crypto roll-out in the near future is unlikely for that reason alone.

And yet he crypto market jumps on news that Amazon has crypto plans. Then drops after the claim’s denied. Then continues with the upward trend…

What does that tell us? Regardless of current statements, regardless of whether they have “specific plans,” we know that Amazon has taken a note of crypto.

It’s no exaggeration to say that it lags behind in this regard, as a number of payments companies (Visa and Mastercard, Paypal and Square) as well as countless merchants have already adopted a crypto plug. Early movers have since reaped huge profits. People want to pay with cryptocurrencies.

Now, you might not think of Amazon as a payments company. Sure, they did $386 billion in net sales last year. We know that some percentage of them went through Amazon Pay (public numbers are impossible to find, though we know growth doubled in 2015 and again in 2016). Amazon absolutely is a player in the payments space, though not a Visa-sized whale. Not for payments, not yet.

Amazon’s first concern has to be the customer experience. They’re a retailer first and foremost, and retailers are rather conservative about making changes. Amazon’s cautious approach is likely a result of the sheer size of the company compared to other merchants, like Apple. A misstep for Amazon on payments would be catastrophic. So it’s sensible to go slowly, to let that “interest in the space” slowly grow into formal and well-structured “specific plans.” We can be patient.

We’re pretty sure Amazon made it clear that it’s only a matter of time before their current interest becomes specific plans. Given the massive growth of crypto adoption and use, it’s inevitable. We’ve even seen a taste of what an Amazon-sized move into crypto markets would do to prices.

Amazon’s move into crypto seems both obvious and inevitable.