Bitcoin for Retirement: What Role Should Cryptocurrencies Play in a Retirement Account? 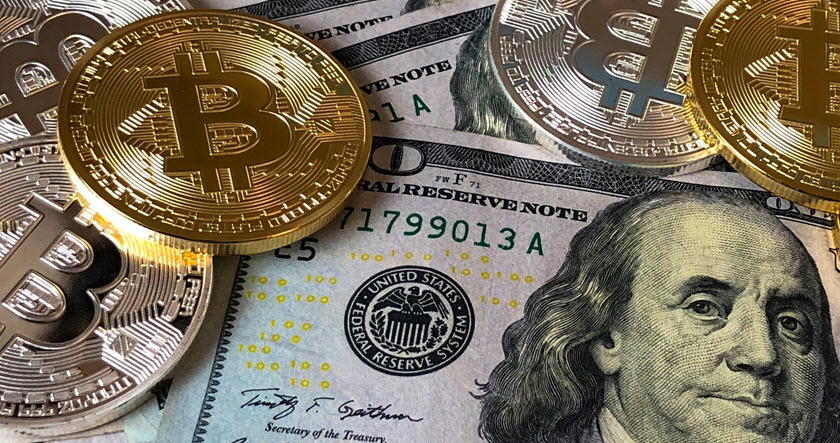 Can an asset that is barely a decade old rightfully claim a role in your retirement savings? As bitcoin claims one high after another and market watchers argue whether the next big move will be a major correction or a new bull market, Forbes’s William Baldwin seeks to answer this question using modern portfolio-construction methodologies.

Crypto’s institutional adoption and widespread use have come at a time when many are questioning both historically-high stock valuations and the health of the bond market. That makes it an ideal time to evaluate how modern portfolio theory applies to cryptocurrencies. To put this differently, does adding crypto to retirement savings merely add growth potential at the risk of higher volatility?

Diversification lies at the heart of modern portfolio theory (MPT). As Baldwin says,

The reason to diversify, MPT says, is that you can get the same return as on a less diversified portfolio but with less volatility, or, equivalently, keep the volatility constant while getting magnified returns via some leverage.

For decades, the 60% stocks and 40% bonds portfolio was the default model relied on by retirement savers and financial advisors. But smart savers are always looking to have their savings as diversified as possible. Alternative assets like precious metals, commodities, real estate and cryptocurrencies not only offer the benefits of diversification, but also tend to thrive and grow in value in different environments. Baldwin uses the example of why adding “a few real estate investment trust shares into your asset mix is based on correlations: If inflation kills your bonds, it might help your equity Reits.”

Risk and return: the Sharpe ratio

The Sharpe ratio, created by economist William Sharpe, measures an asset’s returns compared to volatility. It’s a metric used to compare performance, or return on investment, with risk, or the likelihood of a negative return. Higher returns are almost universally accompanied by higher risk. To quote Dr. William Bernstein:

If you don’t understand that risk and return are joined at the hip, you’re going to have problems from the get go.

And, as Baldwin notes,

Cryptocurrency has a fabulous Sharpe. Bitcoin is fearsomely volatile, but it has more than made up for that with appreciation.

However, modern portfolio theory has another card to play, and it’s an ace.

Diversification: the only free lunch in investing

Modern portfolio theory uses the power of diversification to compensate for risk. Here’s how the theory works:

When your retirement savings contains two negatively-correlated assets, that means they tend to move in opposite directions. Stocks and bonds are the classic example (correlation -0.3). In bull markets, stocks tend to rise while bonds tend to fall. While stocks are expensive, the theory recommends rebalancing by selling stocks to buy cheap bonds. In bear markets, stocks tend to fall while bonds rise. When bonds rule, MPT would have savers rebalancing by selling high-price bonds to buy cheap stocks. In Baldwin’s words, “This is why you hear the salesmen for various alternative assets, like hedge funds, boasting about low correlations to the stock market.”

Of course, there’s a caveat here. Baldwin makes it clear that, in addition to correlation, the additional asset should have a high likelihood of future return on investment:

If all you want is a low correlation, after all, you could put half your money in the S&P 500 and half in lottery tickets.

Furthermore, bitcoin enjoys negligible correlation with the S&P 500 index (VanEck Associates places at just 0.1). VanEck, who are looking to open a crypto fund of their own, noted that a 3% bitcoin allocation in a 60%-40% stocks/bonds portfolio gave an 80% boost in return while introducing minimal additional volatility.

The potential for future growth

This, of course, leaves the issue of the crypto market’s future trajectory. In the absence a century’s data to analyze, as in the case of the stock and bond markets, Baldwin notes that the road ahead can seem daunting for investors. For every pundit calling for $100,000 or $1 million bitcoin prices, there appear to be just as many who are quick to label the market a fad or a bubble.

Crypto’s movements over the past decade, its current status compared to three years ago and its original purpose offer some of the best clues one can hope for. If the crypto market was to crash in flames, it seems like it would have happened in early 2018. While it isn’t quite clear what caused the precipitous loss, Bitcoin’s fall from $19,000 to $3,000 combined with seemingly little infrastructure had many labeling the asset class a bust. Turns out, only those who sold at the bottom were busted.

Corrections are always a threat, yet we must wonder how a correction of such magnitude could happen again with institutions daily buying into cryptocurrencies, especially given their long-term outlook.

Bitcoin and its fixed supply of 21 million tokens were invented to play a key role in the monetary system. It was created after the 2008 financial crisis as a way to combat money printing, and it now finds itself between two episodes of historic monetary stimulus that have caused many to speculate the U.S. dollar will bust before bitcoin does.

On the other hand, there’s no crystal ball. Past performance does not predict future results, or future success. If only we could follow Will Rogers’s famous advice:

Don’t gamble; take all your savings and buy some good stock and hold it till it goes up, then sell it. If it don’t go up, don’t buy it.

With all this in mind, it’s a good idea to examine your savings and determine whether you can take advantage of the growth potential and volatility of cryptocurrencies. Like equities, crypto represents an asset that holds both definite risk and a possibility of great returns. We’ve seen how diversification can benefit savings.

Baldwin’s conclusion is quite correct:

Maybe you should own a few of those [cryptocurrencies]. But don’t let wishful thinking—gee, I should have bought that five years ago—cloud your mind.

It’s time to ask: can your savings afford not to include cryptocurrencies?