Is Coinbase Eyeing A Spot on the U.S. Stock Market? 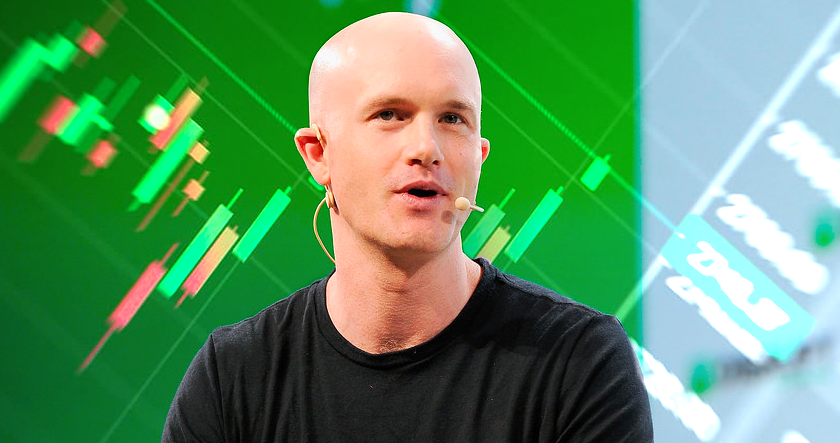 Image by TechCrunch / Photoshopped / CC BY 2.0

To many Americans, Coinbase has served as the primary gateway into crypto. It was, and remains, a front-runner that facilitates the acquisition and trade of cryptocurrencies with minimal hassle. Although the exchange’s volume has been eclipsed by a few competitors over the past couple of years, Coinbase has hardly budged from its status as a top global crypto platform. And, according to latest rumors, the team behind Coinbase could be looking to take yet another bold step forward by becoming the first crypto exchange to make an entry into the stock market.

While neither Coinbase nor the Securities and Exchange Commission (SEC) have commented on the rumors, a recent report by Reuters revealed that the platform might be in the early stages of becoming a publicly traded company. Reuters’ sources stated that Coinbase could be targeting a stock market launch later this year or in early 2021. No formal listing with the SEC has been made yet, but the sources stated that Coinbase’s key figures have been looking to hire investment banks and law firms.

Some might interpret this news as Coinbase’s team simply looking to better understand the legal framework, but recent developments suggest that the platform may indeed be looking to outpace others when it comes to claiming the title of the first crypto exchange on the U.S. stock market. In March, it was revealed that BTCX and INX, two foreign crypto exchanges, have both filed a SEC request that would set them on the path towards being publicly traded. In the case of INX, the company also relocated its headquarters to New York to bolster its chances of obtaining regulatory approval.

Even before that, there were rumors that Coinbase would target the stock exchange in the near future, which definitely lends credence to the Reuters report. An interesting detail about Coinbase’s rumored listing, which separates it from other exchanges, is that insiders claim the company will not opt for an initial public offering (IPO). Instead, sources say that Coinbase will seek to become directly listed on the exchange, a move that both allows them to bypass the 6-month IPO lock-up period and benefits their existing funders and the team.

If the latter is correct, Coinbase could get a massive head start when it comes to entering the stock market, and will likely do so with a valuation of over $8 billion. The direct listing would also expedite the process by bypassing the need for crypto-specific IPO regulation. Should the move materialize, seeing Coinbase listed on the stock exchange could be compared to an amped-up version of the issuing of the first Bitcoin derivatives in 2017. As was the case back then, the number of people who could argue that cryptocurrencies aren’t a legitimate part of mainstream finance would grow ever smaller.