Is Bitcoin Price a Predictor of the Stock Market? 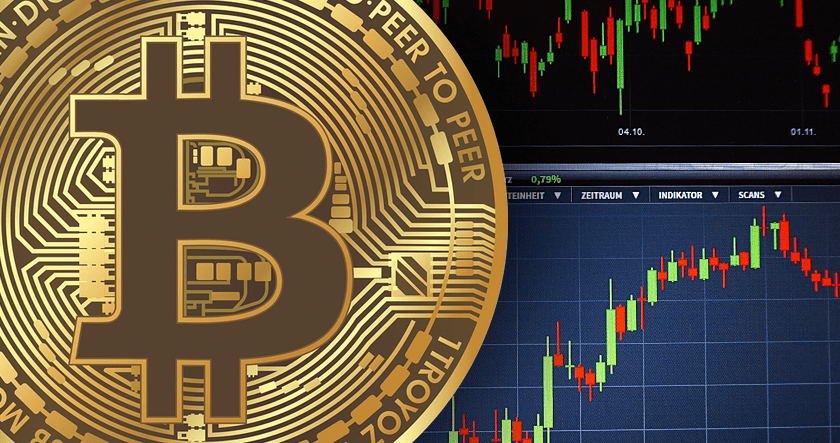 CryptoSlate’s Bill DeLisle wonders whether Bitcoin can go even further beyond its current utility and serve as a gauge for an entirely different market. As is the case with any cryptocurrency, Bitcoin is sometimes thought of as a way to go against the monetary establishment by switching to a decentralized payment system. Even as big banks warm up to cryptocurrency, this view remains popular in the digital currency community, and the coin’s lack of correlation with traditional assets is a major selling point.

Yet, as DeLisle notes, there might be a way to use Bitcoin to get a heads-up on the movements of another major market. After a prolonged period of calmness with relative stability post-Great Recession, equities finally began to show cracks as the CBOE Volatility Index (VIX) rose to record heights. Now, more than ever, a way to prepare for upcoming hitches in the stock market would be invaluable to any sound investor.

In an interview with CNBC’s Fast Money, Brian Stutland, managing member at Equity Armor Investments, explained why the observed recent correlation between Bitcoin and stocks is far more than a noteworthy quirk. As Stutland points out, the cryptocurrency’s price movements can indeed be used to brace for changes in the stock market up to a month in advance.

In fact, Stutland believes that Bitcoin could be a more precise way to record market volatility and investor sentiment than the VIX itself. The mechanism behind this is straightforward: a significant jump in Bitcoin holdings shows that investors are moving their money into an unrelated asset, meaning that a major downswing in stocks could be underway.

Bitcoin has been referred to as “digital gold” by both investors and officials. The comparison holds its ground, as the digital currency stands out as a passive store of wealth unrelated to any financial institution or government. Despite the ongoing potential for massive gains, many still find that Bitcoin’s appeal lies in its ability to store value in a functional manner, one that allows re-allocations with only a few clicks.

However, Bitcoin’s unexpected relationship with equities could usher in another key use for the broader cryptocurrency market. If investors can indeed use Bitcoin to not only de-risk themselves from the banking industry but also predict the performance of other assets, the coin will become all the more invaluable to both seasoned and first-time participants.

Besides allowing one to form expectations for an altogether different market, Stutland also sees use for Bitcoin as a way to protect oneself against unique volatility. According to the analyst, the most unusual shifts in other markets could ultimately act as the biggest signal that an investor should make a commitment to Bitcoin.

Bitcoin and other digital currencies have now gone beyond being ‘the best kept secret’ of the elite tech community and are now mainstream. Read how even long-established investors see Bitcoin’s price dip as a long-term wealth opportunity.