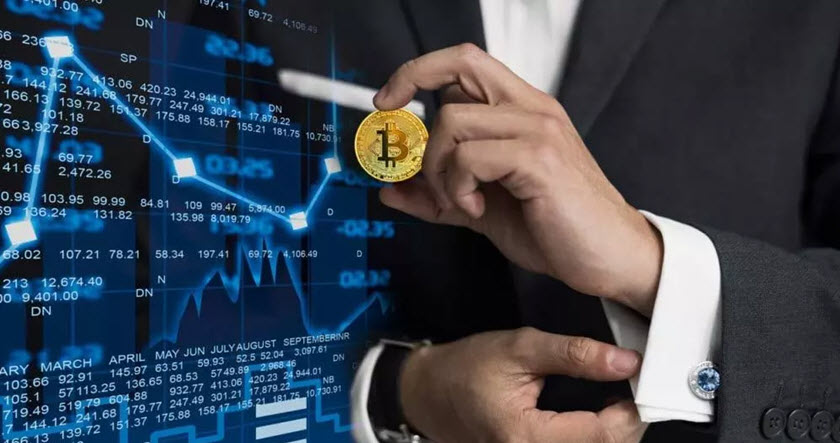 The trend of companies looking to acquire some tangible capital through bitcoin appears to be ramping up. After news broke out that auto manufacturer Tesla would convert a sizeable part of its cash assets into bitcoin, Square made the most of this week’s price pullback by jumping in with a gigantic purchase of 3,318 bitcoins.

While some investors speculated whether to hold or sell after bitcoin dipped below $50,000, Square’s financial management team seems to have little doubt regarding the price direction. The Tuesday announcement revealed that the company spent a total of $170 million on bitcoin this month, adding to the $50 million investment in bitcoin made in October.

The firm’s decision to convert roughly 5% of its assets into BTC was likely driven by the cryptocurrency’s massive role in its revenue. Square made $4.57 billion through its bitcoin via Cash App last year, amounting to a 785% increase over the $516 million made from the app in 2019. CEO Jack Dorsey has remained a vocal proponent of bitcoin, stating that the company will look to utilize it more both through the existing app and other venues:

We’re going to focus on increasing transaction limits across the system for Cash App and going to double down on our commitment to bitcoin and look for new ways to connect our products within the Cash App.

As the price moved up and down over the announcement, enterprise software company MicroStrategy revealed that it made its own $1 billion bitcoin purchase, adding 19,452 tokens to its total holdings of 90,531 BTC. MicroStrategy’s investments in bitcoin have already paid off dividends, and not just because of the overall increase in crypto valuations. The company’s stock is now up by roughly 400% since August, when the firm started buying tokens, showing a desire by its shareholders to get crypto exposure.

Likewise, its CEO Michael Saylor said that he expects bitcoin’s market value to grow to $100 trillion from the current $900 billion, while also advising other firms in the sector to invest in similar fashion. MicroStrategy has an interesting practice of issuing zero-coupon convertible notes with a 50% premium, and had no trouble attracting that $1 billion in investors willing to back MicroStrategy’s cryptocurrency ambitions.

Blockstream CEO and crypto pioneer Adam Back believes these corporate bitcoin buys offer plenty of clues about these companies’ forecasts and their bottom line.

On Twitter, Back noted that Square’s purchases show that institutions are not only looking to buy the dip in the crypto market, but are also impatient as a lot of buying happened in the $51,000-$58,000 range:

worth noting https://t.co/uAwm7j9QMP from the $51k price implied, @square bought in the last 7days. either before $58k or after, or a mix of peak & dip buying average. keep that in mind before selling BTC under $50k: both institutional and retail ETF buying up for cold storage.

This goes in line with MicroStrategy’s announcement: they paid an average of $52,765 for each BTC in their latest round of crypto investment.

Urging crypto investors not to be overly eager when it comes to parting with their tokens amid dips, Back noted that institutions and large firms are primarily opting for cold storage with their bitcoin purchases. By specifying “cold storage,” Back is probably implying these institutional buys are for longer-term holding, which takes crypto out of circulation for a time, which could put a significant dent in bitcoin supply just as demand picks up…

But there’s even bigger news.

Whale of the world has “begun to dabble” in bitcoin

Maybe Back is onto something? Last week, we also saw that BlackRock, the world’s largest asset manager with $8.67 trillion assets under management, had “begun to dabble” in bitcoin. Although we don’t yet know how much of BlackRock’s assets went into crypto, even a fraction of a percent of their assets would exceed even Telsa’s momentous $1.5 billion buy.

My sense is the technology has evolved and the regulation has evolved to the point where a number of people find it should be part of the portfolio, so that’s what’s driving the price up… People are looking for storehouses of value. People are looking for places that could appreciate, under the assumption that inflation moves higher and that debts are building, so we’ve started to dabble a bit.