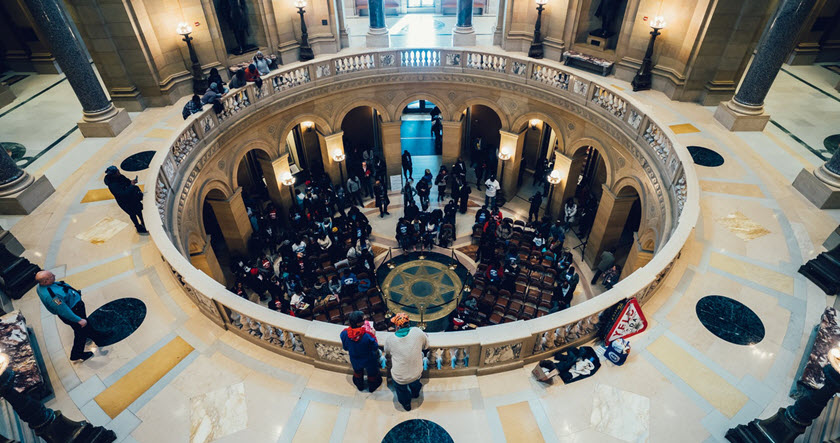 Confronted with rapidly-growing institutional and private crypto adoption, U.S. regulators are rushing to establish a consistent, coherent framework for dealing with digital currencies. A recent Washington Post report said that the Biden administration met with members of the Treasury Department and other officials regarding the crypto market’s latest ups and downs.

While crypto volatility might not have been a key point of interest to the government so far, the ongoing increase in both market cap and consumer interest seem to have finally garnered some political attention.

Should we be worried about market clampdowns? After all, many attribute Bitcoin’s recent plunge at least partially to China’s clampdown on crypto transactions.

Let’s remember: the U.S. is not China. While the Asian nation was outright banning bitcoin after its peak in 2017 and forcing users to trade it under the radar, U.S. regulators made repeated comments over not wanting to hamper innovation in the space with excessive pressure.

Likewise, heading up to November when the crypto market truly began picking up steam, some of the biggest and most influential institutional investors were urging U.S. regulators to draft a clear set of laws so they could participate in the market without fear of running afoul of one of many regulatory agencies.

Luke Lloyd, wealth advisor and investment strategist at Strategic Wealth Partners, told Forbes that crypto regulation isn’t necessarily bad for the market. U.S. regulators seem primarily concerned about consumer protection, whether in the form of mandating that crypto institutions and issuers have a greater degree of accountability, transparency, disclosures to customers or something else.

Indeed, Acting Comptroller of the Currency Michael Hsu told the House Financial Services Committee that several of the nation’s financial agencies have formed a team to focus exclusively on crypto policy. One of their first actions was to review recent OCC orders around banking charters issued to crypto companies Anchorage and Paxos.

Citigroup CEO Jane Fraser seemed to hint at this in a statement, saying that the bank is trying to balance all-time high consumer and institutional interest with a lack of clear governance in regards to the market. She described her company’s attitude as a “measured approach,” and added

Before we engage with cryptocurrencies, we see it as our responsibility to ensure we have clear governance and controls in place.

Compare this to Bank of America CEO Brian Moynihan’s statement:

We continue to evaluate the opportunities, risks and client demand for products and services related to cryptocurrency. Currently, we do not lend against cryptocurrencies and do not bank companies whose primary business is cryptocurrency or the facilitation of cryptocurrency trading and investment.

Both these statements read very similarly. Both big banks seem to be saying, “We’re on hold, waiting to see what the rules are.”

Will the U.S. regulatory push into the crypto market turn into a bid to ensure that the companies in the sector stay on the right course? If that turns out to be the case, the market could benefit by making large investors even less skittish when it comes to participating.

And, when they do, Lloyd said that the issue of bitcoin’s and ether’s price volatility will fix itself, leaving a market where top coins attract investors and altcoins attract speculators.

How the West was won

Here’s the thing: for a while now, cryptocurrency markets have been compared the Wild West. At first, populated by scoundrels, bandits, and a few brave and open-minded pioneers. And just like the Wild West, even after the homesteaders and big banks move in and start civilizing the place, the mythos of lawlessness and anarchy endure.

A sheriff riding into town to enforce common-sense laws? That isn’t a bad thing. It makes everyone feel safer, encourages good citizenship and free trade and prosperity. The hesitant and cautious see that it’s not so bad as they feared, and move into town. That means more customers, so bigger businesses set up shop and next thing you know you have an actual city — an outpost of civilization where once there was little more than dust.

The fear is that a tinpot dictator will get the sheriff’s star pinned to his vest instead, and will go around stealing from everyone and shutting down the saloon. That’s a reasonable fear! It doesn’t seem likely, though.

We should remember, though, governments don’t usually regulate the things they want to outlaw. It’s vastly easier to pass a law that says, “No crypto for anyone ever” than it is to get a group of financial regulatory bodies to collaborate on a plan for making something work.

“Regulation” is not a synonym for “abolition.” Regulation means, defining the way something should work. Regulation is a good thing. Sensible regulation is a better thing. Both are preferable to the tinpot dictator’s tactic of a dubiously-enforceable ban.