Ethereum: the Future of Finance and the Internet 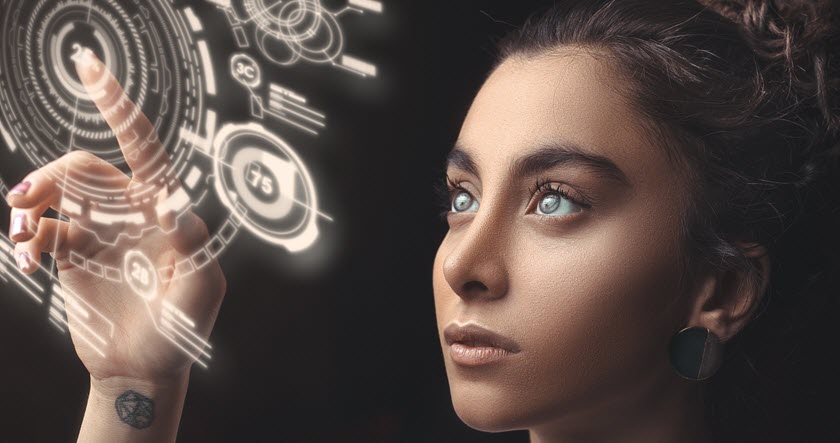 Depending on your perspective, bitcoin and ether are either bitter rivals or best friends. Bitcoin’s proponents, or “maximists,” will often remind us that its supply and underlying mechanics remain static and immutable.

On the other hand, ether and the Ethereum network are constantly evolving. There’s no hard cap on ether supply. This directly contradicts the narrative of bitcoin as uninflatable “digital gold” and might lead to speculations that ether is vulnerable to the same kinds of “money printing” as national currencies. Some view ether’s potentially unlimited supply as the very reason why Ethereum could end up serving as a backbone of the internet in the future.

Ethereum as a start-up

We’ve all heard someone mention how they should’ve bought in during Google’s IPO, considering the company became one of the focal points of today’s internet. Likewise, most crypto enthusiasts will, at least on some level, insist that the future of finance will revolve around decentralized blockchains.

Ethereum, its current uses and its own underpinnings, marry the concepts of crypto and high-growth start-up nicely for anyone interested in owning ether.

What Ethereum does and what ether is for

While watching bitcoin’s climb to its to its current high valuations, many who own bitcoin don’t actually transact with it. Too many people know the bitcoin pizza guy story.

Instead, many if not most have opted to make their crypto transactions on the Ethereum network, whether with ether or another of the numerous top coins the network powers. Ethereum offers faster transactions at significantly lower costs in most cases compared to bitcoin. Further, there’s simply a lower chance for intense future regret. Ether is mined constantly (over 19,000 new coins minted in the last 24 hours at time of writing). Spending ether is mentally easier than spending bitcoin, the same way spending money is easier than spending a gold coin.

The numbers show it… At the moment, there were a quarter of a million bitcoin transactions over the last 24 hours and five times as many ether transactions.

This is just the start, of course. The Ethereum network is its own ecosystem that facilitates not only other cryptocurrencies, but also building decentralized applications (dApps) from top to bottom. Ethereum is nothing less than a toolkit for building a decentralized smart contracts network.

In a very pertinent turn of events, Ethereum’s team recently announced that its network would switch from a Proof-of-Work mechanism to Proof-of-Stake, often referred to as Ethereum 2.0 Beacon Chain. The PoS system will make network validators more akin to money savers than miners.

Miners will stake their ether on the network and receive a form of interest as a reward for validating transactions, with the staked ether acting as a form of collateral. Basically, requiring a stake forces miners to put “skin in the game” and helps keep everyone’s interests aligned (and honest).

Out of the various bullish propositions for Ethereum, this is the most relevant one as it is already live and expected to become part of the main network in less than a year’s time.

There are many other hopeful prospects, such as the ongoing attempts to introduce deflationary effects to ETH by simply “burning” the gas fees paid for a transaction. Or the notion that the network could become even more critical for decentralized finance applications (though, for many, it already is).

A new model for money?

This brings one to a 2019 essay called Ether: A New Model for Money, which looks at Ethereum from asset management basics. Here’s a brief summary:

Ethereum is a foundation for building an alternative internet-based financial system. This financial system has the capacity to be completely open and trustless. This new financial system needs a native money to operate. Financial applications in this new landscape need a trustless form of collateral for their operation, and the only truly trustless asset on Ethereum is ether.

We know from Robert Greer’s 1997 article What is an Asset Class Anyway? that assets are split into three categories:

The Ethereum token ether already falls into each of Greer’s three categories despite being in its earliest stages.

Perhaps the biggest threat to ether’s position is the possibility of being usurped by a different cryptocurrency with a more efficient network and a better-organized team? This seems unlikely, considering Ethereum’s own struggle in overtaking bitcoin, which has a default network and no team to speak of. Bitcoin’s brand name recognition and first-mover advantage have earned it the top spot in cryptocurrency market cap from the beginning.

But it’s not really an apples-to-apples comparison. Bitcoin and ether are like chalk and cheese, as the Brits might say. Virtually their only similarity is they both exist in the cryptocurrency space. We might as well compare Google and the clothing company Under Armour because they’re both publicly-traded companies listed on the S&P 500 (as numbers 5 and 503 at the moment).

Given its big-name backing and recognition and the team behind it, Ethereum will have a hard time finding a real competitor for what it does. In turn, ether could prove to be a much better long-term investment than Google stock in the future.