These Analysts Admit Crypto’s Trading Like a Safe Haven 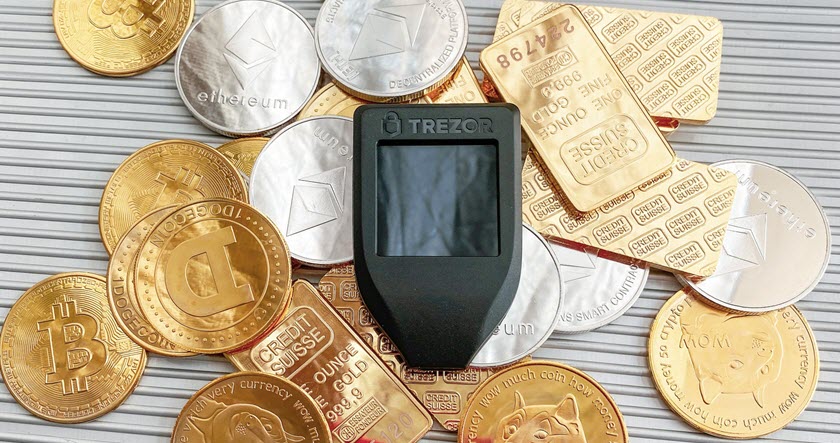 If one was pressed to name the safest of safe havens among assets, the answer would probably be gold. Even bonds are considered to have a lot more risk, especially in recent times. Likewise, if one was to define what makes crypto a risk-on asset, “volatility” would come up within seconds.

Yet gold’s volatility is sometimes severe enough its proponents often have to proclaim it’s less volatile than most investments. Clearly, lack of volatility isn’t the only necessary requirement for becoming a safe haven asset.

So what’s to stop cryptocurrencies from becoming safe havens then? Even as we ask the question, digital assets are wasting no time assuming that role for some investors.

Talking about these two in conjunction without mentioning Ray Dalio seems almost inappropriate. The manager of Bridgewater Associates, the world’s largest and top performing fund, advocates for gold to anyone who’ll listen. When it comes to bitcoin investing, Dalio’s biggest concerns were always government crackdowns on cryptocurrencies, not the asset itself.

Bitstamp USA’s CEO Bobby Zagotta took note that President Biden’s executive order on crypto should do plenty to dissuade these crackdown concerns, at least here in the U.S. Now, Zagotta believes that bitcoin could soon begin to trade in a manner similar to gold when investors start “de-risking” again. It’s an interesting notion, as Dalio once likened bitcoin to a younger generation’s gold, the latter almost universally considered a risk-off asset. (Or, to say it the other way around, gold coins are bitcoin for boomers.)

Dalio says that Bitcoin has never been breached or hacked. That certainly corroborates the safe-haven narrative. He even owns some bitcoin himself. It seems the only specter threatening Bitcoin’s haven status are the specter of government crackdowns.

But wait just a minute… Wasn’t this true of gold for many decades? When private ownership of gold in the U.S. was deemed illegal (January 30, 1934 – December 31, 1974), did gold’s status really change?

Looking back on the episode, we know that it didn’t. Just the opposite, in fact – the appeal of gold as a safe haven asset was reinforced. Do you think for a single moment that Americans are going to suddenly stop wanting something their government has declared they shouldn’t have? If so, spend a few minutes reflecting on Prohibition or former President Clinton’s assault weapons ban before reading on.

With its decentralized nature, aren’t governments risking making bitcoin and other cryptocurrencies even more appealing the more they try to outlaw them?

There are other developments that suggest crypto is becoming a safe haven asset class, despite its volatility. Fund manager Paul Hsu noted that investors are looking to reallocate from bonds and real estate into crypto as the landscape becomes more and more uncertain. Data shows that bond funds have seen a $7.8 billion outflow in the week heading up to March 9, while real estate fund outflows amounted to nearly $2 billion within two weeks. Now, that could be based on nothing beyond the Federal Reserve’s puny 0.25% hike to the Effective Federal Funds Rate. Higher rates are bad for both bonds and real estate.

We could say that investors are chasing gains and exhibiting risk-on appetite, but the crypto market has had some pretty massive downswings in recent months. We could say that bonds and real estate aren’t looking as safe as they once did, but they remain safe havens nonetheless. Do we dare say that crypto is already trading in a manner similar to gold, attracting long-term investors that aren’t concerned about pullbacks?

In the two weeks up to March 4, inflows from institutions into crypto products and funds totaled $163 million. It’s an ongoing recovery from five straight weeks of outflows by the end of January.

Far more remarkable, however, is that we could have replaced “crypto” with “gold” here and it would have sounded like just another quarter in the gold marketplace.