Who’s Afraid of the Next Crypto Winter? 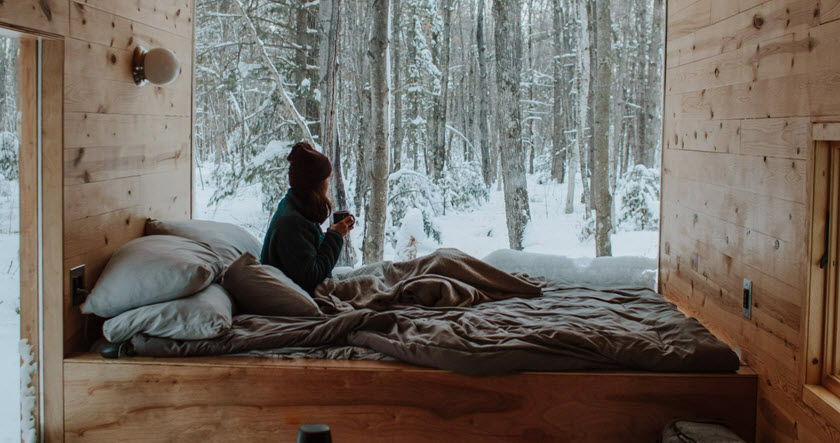 As bitcoin falls from $69,000 to $45,000 to $34,000, crypto investors are once again feeling the need to reassess their standing. It’s not that often that we see the “crypto winter” of 2018 mentioned anymore, nor the recovery from it. It’s being used now, but tangentially.

There is an interesting note in a recent Cointelegraph article saying that there are fears of bitcoin needing a correction after a two-year long bull run. There is little question that crypto is emerging as the most appealing asset class. So why is a two-year long bull run something that warrants a correction? After all, stocks have been on a bull run for over a decade, and they’ve hardly attracted new interest, despite what overblown valuations might say.

In the current market environment, why wouldn’t crypto have a decade-long bull run? It’s no longer experimental, fringe or confined to true believers as it was in 2017. Fear, uncertainty and doubt (FUD) are never more than an arm’s length away in the crypto market, and talks of crypto finally being regulated are causing a stir. Yet we have prominent figures saying crypto can’t be regulated. We have China’s total clampdown only causing a momentary crash and not diminishing Chinese interest in crypto in the slightest. And we have U.S. regulators repeatedly saying they don’t want to over-regulate. Their stated reasons used to be industry development, but by now, they have surely shifted to a desire to avoid a financial crisis.

This is an easy one. All it requires is these ingredients:

The latter two seem likely if not guaranteed. We keep seeing increasing rates of adoption among individuals and companies, too, though the “more buying” phrasing is rather nebulous. How much by how many? In short, it seems like the bullish case for bitcoin is nothing more than business as usual.

On the other hand, bitcoin could tank if these conditions come to pass:

Now, any of these things might happen. CoinTelegraph posits that most of them would likely crush the market for cryptocurrencies (and every other “risk-on” asset class), at least temporarily.

Pop quiz, hotshot: which of these scenarios should a cryptocurrency investor root for?

“When something goes on sale and you like it, you should buy it”

When something goes on sale and you like it, you should buy it.

There were surely uncountable investors who were sure they’d missed the boat. They desperately wanted cheap bitcoin and even cheaper altcoins, but it was too late. Bitcoin at $69,000 each was just too high, they thought. So instead of opening a Coinbase account or a bitcoin IRA, they just wallowed in the FOMO.

But a big nasty crypto winter materializing in full? Well, that would net them seven BTC for that price, and they’d be worth a whole lot more after an upside correction. We’ve seen it before and, presumably, we’ll see it again.

There’s no arguing that people want to invest during a time of unprecedented monetary expansion and wealth erosion. And what better place to avoid losing money due to double-digit inflation than the fastest-growing asset class? Unfortunately for those wanting cheap crypto, not many seem to actually believe it will happen.

In a curious turn of events, while the 2017-2018 drop had almost every HODLer freaking out, this one seems different. This time, it seems like prudent investors standing by for a long-term entry.