The U.S. Needs Crypto More than Crypto Needs the U.S. 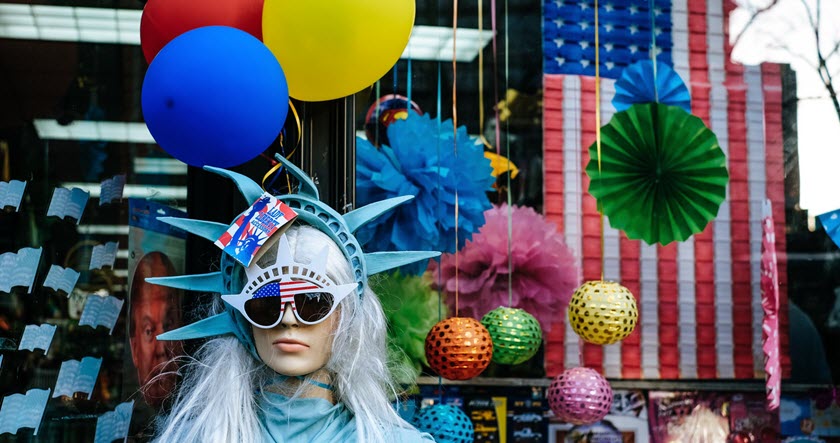 Another year, and more familiar territory for crypto. We’re seeing a market that seems intent on going nowhere but up. Venture capital alone tells us crypto is the place to be in.

There’s ample enthusiasm. Yet, for many, regulation is an even greater concern than volatility.

In a recent interview with Fox, Bitwise Asset Management CIO Matt Hougan reiterated a few points that everyone should keep in mind. Speaking about bitcoin primarily but also the cryptocurrency market as a whole, Hougan stuck to the “digital gold” analogy. It’s a comparison worthy of expansion.

We know about Roosevelt’s ban on gold ownership in 1933, and its repeal in 1974. (And if you’re not familiar with this weird episode in American financial history, look into it because it’s fascinating.) By forcing citizens to “redeem” their gold for dollars, the government had cemented gold’s importance once again.

If dollars are so great, why are you so eager to give them to me in exchange for my gold coins?

That 44-year stretch was a long one. Even so, less changed for gold than you might think. Gold might’ve been harder to acquire in the U.S., but scarcity made it no less valuable. It was still the tether to world currencies back when “sound money” was a thing nations cared about.

So what’s the connection?

Crypto is in the opposite situation now. Skeptical politicians see bitcoin as an emerging threat to sovereign currencies, not a competing or alternative to them.

Hougan claims our government sees crypto as an existential threat to the U.S. dollar. Maybe that sounds spurious, until we recall crypto was likely also seen as a threat to the yuan (which prompted China’s outright crypto ban).

And what did China’s crypto ban accomplish? Not much, really. Crypto investors moved to alternate platforms, and crypto miners and development teams relocated to other nations. The U.S. was one of them. Admittedly, China’s ban spooked the cryptocurrency market. Which rapidly bounced back to post a new all-time high within months.

There are 197 countries in the world. It would be foolish of U.S. regulators to think a crackdown, ban or attempted seizure of crypto would actually work. Crypto isn’t gold, it’s information, and it crosses national borders so much more easily than a steamer trunk full of gold eagles or Krugerrands.

The reality is, ham-handed attempts to over-regulate crypto would simply push it offshore, into friendlier jurisdictions. El Salvador’s Bitcoin City assures us there’s going to be a minimum of one country that remains a staunch crypto ally, though there are undoubtedly many more.

This is what Hougan is talking about in his interview. He explains that the U.S. should embrace crypto since it can’t be “fought off”. If a threat can’t be eliminated, it should be managed. Or, as Emperor Sigismund allegedly said:

Do I not destroy my enemies by making them my friends?

So far, the U.S. has done an excellent job of this by acting as a focal point for crypto investment and innovation. Banks, brokerages, financial advisors and even individual investors have already cast their votes with their dollars. They don’t seem terribly concerned about what Chairman of the Senate Banking Committee, Ohio’s Senator Sherrod Brown says about a crypto-sparked financial crisis. Instead, they seem to be tuning in when he says things like:

My job is not to resist or say no to cryptocurrency generally, but to make sure that they follow rules, that they are regulated, and transparency for sure. And consumer protections for sure, but that they don’t take advantage of others at the expense, especially of our economy overall.

I want people issuing stablecoins living under some specific rules and regulations.

That’s right – that’s the voice of one of America’s most crypto-skeptical political leaders. What does he want? Investor protection. Rules and regulations. Transparency.

Hardly a reprise of Roosevelt’s radical steps, is it? Besides, with a national debt approaching $30 trillion, the U.S. needs crypto tax revenue… probably more than any handful of politicians needs a cheap political win.

There’s another interesting piece to Hougan’s interview. He explains that people around the world want an “apolitical currency rail”. Similar to gold, but exceedingly more accessible to the everyday person. (If you doubt this simply consider how many sats or wei you can buy for a dollar vs. how much gold.)

As it stands now, the only people calling for crypto regulation either have a pro-customer agenda or are worried about an outright ban. We hear the state of the cryptocurrency market compared to the Wild West, whether in the past or present tense. But if the Wild West invoked such negative connotations, would we have so many movies romanticizing it? So many dreaming of a return to it?

Sure, the Wild West symbolizes lawlessness and violence to some. More broadly, though, it represented opportunity. That’s why those Conestoga wagons rumbled across the plains, braving flash floods and attacks and stampedes. That’s why so many Americans pulled up stakes and traded the known for the unknown. They were willing to take a chance in a place where they made their fortunes first, before the lawyers and politicians gave them permission.

Today’s cryptocurrency investors (especially those with a digital IRA) are following in those time-honored footsteps.