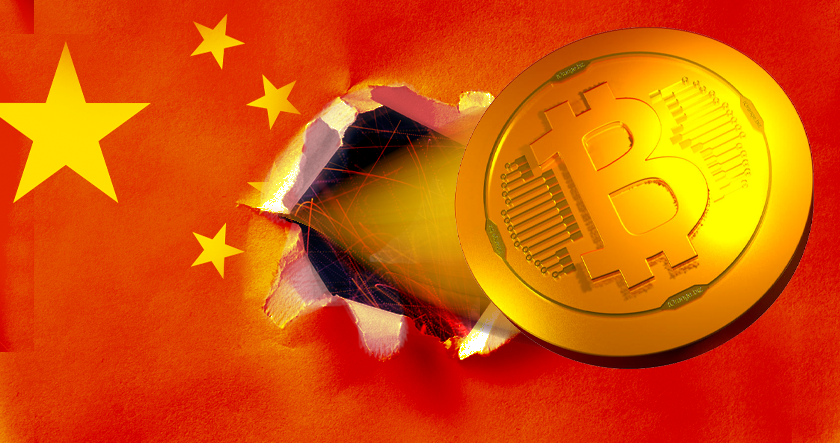 Image of Bitcoin gold light coin by torange.biz / CC BY 4.0

Beginning with the crypto boom in 2017, China has been among the countries to suppress cryptocurrency mining and trading through any means possible. Although the country’s government doesn’t strictly deem BTC “illegal”, it stops just short of that.

Besides banning crypto exchanges in the country, Beijing has also increasingly clamped down on cryptocurrency mining. Because the Asian nation is a major source of new tokens due to low-cost electricity, as well as because of the sheer size of its population, many assumed that President Xi Jinping’s regime’s measures to suppress Bitcoin would both subdue interest among Chinese citizens and harm the crypto market as a whole.

Instead, BTC in the country has continued to thrive even as the government employs measure after measure against it. Chinese crypto miners still consume half of the nation’s electricity, and the peer-to-peer exchange of tokens is becoming more popular with each passing day.

At the recent Oslo Freedom Forum, Leo Wheese, president of the Bitcoin Association of Hong Kong, addressed the latter point by explaining why Bitcoin holds immense significance to the Chinese people.

It’s fairly well-known that the Chinese government likes to keep a tight lid on citizens’ transactions, especially those that are made overseas. Payment platforms like WeChat Pay and AliPay are heavily monitored, and capital controls prevent individuals from sending more than $50,000 across the border per year.

Bitcoin allows Chinese people to circumvent all of these restrictions and lets them send small and large sums of money to whomever and whenever they want, without government scrutiny. But there is much more to Bitcoin’s prevalence in China than simply the perk of anonymous transactions. For many Chinese, BTC acts as an investment method in an environment where most other methods have fallen short. As Wheese noted in Oslo, Chinese citizens view the country’s stock market as a scam, the property market suffers constant deflation, and the investment options offered by local banks are few and far between. The yuan’s volatility and constant devaluation also means that BTC offers a very solid wealth-storage method for the people.

The currency issue could prove to be the most important of all, said Wheese, as there are growing fears that China will be cut off from the international monetary system. Should the yuan find itself excommunicated, Wheese thinks that Bitcoin could replace it as the Chinese people’s de facto currency, especially for individuals and businesses who have a constant need for overseas transactions. Because of Bitcoin’s decentralized nature, even an outright ban on the token by China’s government would do little to curb adoption. In fact, Wheese is certain that a ban would achieve the opposite effect and make the token even more popular among the Chinese.

If the yuan indeed becomes cut off from the rest of the world, one of the most crypto-restrictive countries could end up acting as the catalyst for a massive bull run in the crypto market.