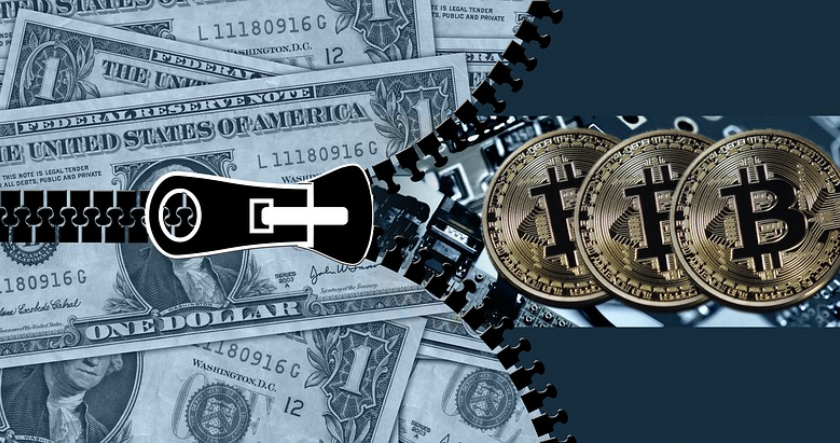 Comparisons between Bitcoin and fiat currencies invariably lead to mentions of the former’s volatility. Detractors will often point out that Bitcoin’s price swings render it impractical to use as a currency, whereas top fiats only experience comparatively minor changes in value against one another. This is supposed to give off the impression that fiat is somehow more permanent and reliable, while Bitcoin is fleeting.

Yet statistics, along with familiar actions by issuers of fiat currencies, show that the opposite holds true. In his book titled “The Bitcoin Standard”, Saifedean Ammous notes that, with just 10 years under its belt, Bitcoin has already lasted 40% of the average fiat currency’s lifespan.

Although the book was released in March 2018, its title gained renewed weight over the past month as pundits pointed out that the Federal Reserve printed as much as $210 billion since mid-September. This turn of events has reignited the issue of inflation, free-floating money and the need to have a currency tethered to something with a fixed supply. In the absence of the latter, the cycles of monetary crises are bound to continue.

The U.S. dollar was once tethered to gold due to the precious metal’s limited supply, as it prevented erratic central bank policies such as quantitative easing (QE). More than five decades after the gold standard was abandoned, the global economy is feeling the pressure of money with nothing but faith to back it up.

The latest move by the Fed expanded the central bank’s balance sheet to $3.97 trillion, as the government scrounged up its own bonds in order to stimulate the economy. And while QE programs have long been criticized by economists and experts, recent months have seen central bankers themselves warn that such policies are paving the way for another global crash. During last week’s speech at the International Monetary Fund’s general meeting last week, former Bank of England governor Mervyn King said that the official sector is driving the world economy into an economic crisis, similar in cause but greater in scope to that of 2008.

The dollar is unlikely to return to the gold standard, but it might not need to. As news of the Fed’s balance sheet reaching record heights made headlines, Bitcoin passed a milestone of its own, albeit one with positive implications. Last Thursday marked the mining of the 18 millionth Bitcoin, leaving only 3 million left. With Bitcoin’s frequent price jumps, it’s easy to forget that the cryptocurrency is steadily approaching its original purpose: a hard-capped 21 million units of digital cash.

It was no coincidence that Bitcoin was launched right after the end of the 2008 recession, and its price explosion has led to as many as 1,800 new units being mined every single day. Most agree that Bitcoin’s value can only go up once the hard cap has been reached, with some predicting prices of up to $100,000 to $1 million per unit even in the absence of heavy inflation on the greenback’s side. Whatever happens when the hard cap is reached, Bitcoin holders and proponents will enjoy a sense of certainty and reliability, while believers in fiat will scramble to get a whiff of either.