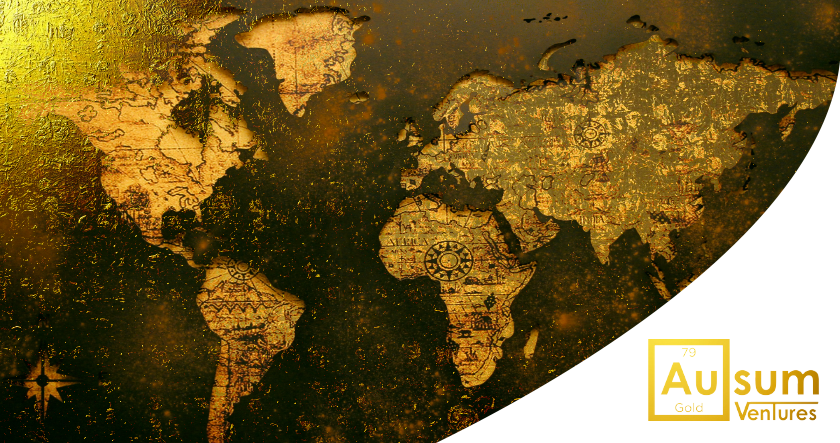 One of the celebrities of the crypto and blockchain world is Jeremy Gardner, serial crypto entrepreneur and disruptor extraordinaire. He’s on a mission to make the world a better place, one business venture at a time and always seeking the next problem to solve. Co-founder and managing partner of Ausum Ventures, a hybrid venture and hedge fund focused on projects for the greater social good, Jeremy sat down with BitIRA to share how he got to where he is today—and where he’d like to go.

BitIRA: What inspired you to get into blockchain/crypto in the first place?

Jeremy: I knew from a young age that I wanted to make an impact on the world. I tried activism; I was part of Occupy Wall Street, but I was really disillusioned by the movement’s inability to effect change. I realized you’re never going to change bank behavior by protesting like this.

So I thought maybe it would be better to get into power and use the built-in systems to effect change, but after working for the government—specifically, the attorney general—I witnessed firsthand the issues with bureaucracy, and the dead end I was in. I was in my 20s raising money and pushing paper.

Right then, I happened to transfer to the University of Michigan and moved in with a young Bitcoin enthusiast. I was already familiar with Bitcoin, but then as I started to go deeper I realized that it was a way to not only be your own bank, but create an entirely new financial system. This solved many of the problems that had inspired my earlier career choices.

The rest is history.

BitIRA: What would you currently say are the biggest challenges to crypto adoption?

Jeremy: I think creating the tools that are actually needed versus just what’s fun to build and what crypto people want.

We’re past the point where we need lots of new developers and to get people interested—people are interested. There are plenty of people building in this industry, building technology that’s actually like ten times better than what exists today—and that can achieve adoption inherently because it’s better and usable.

Also, continuing to work with regulators, and being careful to not just create Wall Street 2.0, which is what I think you see with a lot of this open for decentralized finance initiatives. They’re really just building tools that benefit the already technologically and financially savvy folks out there. It’s not actually benefitting the world in the ways I had always imagined.

BitIRA: You’ve earned and enjoyed so much success. What have been the biggest challenges you’ve conquered?

Jeremy: I’ve been incredibly fortunate to be in the right place at the right time on multiple occasions and really seize those opportunities.

I think that the greatest challenge always is recognizing what I am and am not capable of, and ensuring that I’m surrounded by the right people. When I want to fulfill a goal, I’m then able to achieve it without having to depend just on myself.

And then another challenge is understanding how I’m perceived, especially when dealing with the press. I always expected that if I’m just transparent and honest about who I am and about my goals, that will be reflected in how I’m written about. That’s just not the case.

I learned the hard way that a lot of journalists have narratives that they’re trying to fulfill and indulge. Sometimes your words can be misrepresented to fulfill that narrative, and so that became a real challenge for me: coming to terms with the fact that I wasn’t always going to be represented the way I wanted to.

BitIRA: What problems are you most excited to see crypto and blockchain tackle next?

Jeremy: I really think helping bank the unbanked, and providing financial services to those historically disenfranchised populations in the developed world and moreover in the developing world. This is perhaps the most important challenge for us to find solutions to—and overcome.