Why Ethereum’s Merge Could Make It the Perfect Asset 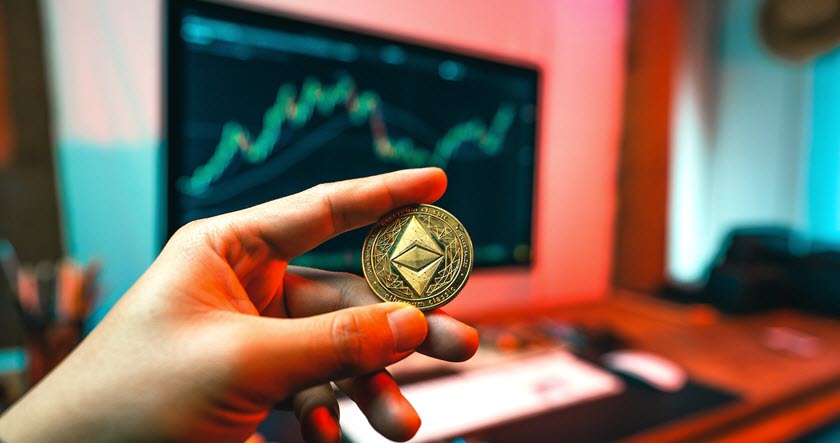 Why has Ethereum Classic been one of the better-performing currencies during a fairly across-the-board beating in the crypto market? How is it, based on where we’re looking from, almost defying the bear market? The answer is, of course, Ethereum.

ETC’s popularity, now 17th on market capitalization, is intrinsically tied to the token it was forked from. Simply put, people want Ethereum. Ethereum’s merge and move to a staking system has seen plenty of detractors.

The trend towards centralization of the token has gained even more traction. As we’re now hearing, Ethereum validators’ pools appears to be getting smaller and smaller. Somewhere down the line, it might be all exchanges and large institutions.

The more you HODL, the greater your say.

Is this a bad thing for the Ethereum investor? While crypto enthusiasts of all sorts might lament over changes in their favorite tokens, there is some separation between “crypto enthusiast” and “investor.” The former is enthusiastic about the tokens themselves, the latter about return on investment.

What do institutional investors care about? Profit. They tend to be less enthusiastic, less loyal to a specific asset or category than “retail investors” (that’s what the industry calls everyday folks like you and me).

You don’t generally see sovereign wealth funds or hedge funds or investment banks jumping on bandwagons. No, that’s for venture capital funds. The biggest whales are also the slowest-moving, the last to investigate innovations. They’re cautious and they don’t like things they can’t understand.

Post-merge Ethereum looks a whole lot less like an innovation to these money dinosaurs. Instead, it looks familiar. As Bloomberg reporters Olga Kharif and David Pan recently told us:

…the advantage is that Ether post-Merge will resemble more of a traditional financial asset that pays interest, like a bond or a certificate of deposit. That could entice hedge funds, asset managers, and wealthy individuals who’ve stayed on the crypto sidelines so far.

Back to Kharif and Pan:

Still, for existing Ether investors, staked coins will be similar to putting money to work instead of stuffing it under a mattress. The yield feature allows traditional finance professionals who’ve long struggled with valuing crypto assets to perform cash-flow analyses to compare Ether’s performance with that of traditional assets. They can also benchmark staked Ether against other investments. “It’s not risk-free, but it gets you close,” says Henry Elder, head of decentralized finance at Wave Financial Group, an investment manager. “This is something that crypto really struggled with: How do you compare asset managers, how do you compare performance? I think that’s super important, because when you get to institutional investors, that’s the language that they speak.”

We concur. It appears that Ethereum, from an investment standpoint, will function somewhat like a bond. Possibly a better alternative to the bond market, really, given the returns on government debt these days. Staking pays rewards in crypto rather than paper currency – and for some investors, that’s a huge mark in cryptocurrency’s favor.

This safety and staking-oriented mechanism, along with being able to have a say in something that’s probably important, is going to attract the attention of the wealthy. Bank of America is forecasting exactly that, saying that institutional investors are going to see lots of appeal in the new Ethereum.

And on the other end, we’re likely to have Ethereum traditionalists and miners turning to Ethereum Classic instead.

Any good portfolio manager preaches portfolio diversification. Traditional portfolios consist of stocks and bonds, a kind of opposite extreme when it comes to risk and return (well, they’re supposed to be – stock/bond portfolios are failing spectacularly this year). Many other assets are added to portfolios, as well, in the quest for diversification. Ideally, you’d have assets that are inversely correlated (their prices move in opposite directions) so that every bear market in one asset class is a bull market in another.

The nice thing about investment is that one doesn’t need to get overly emotional regarding their investments, so long as it’s making a return. If you own ETH in an IRA, especially more than a few tokens, price growth probably your primary concern. You might be following the PoS-vs.-PoW debate, but mostly to see how it might affect your investment.

And as Ethereum’s price looks to get a major boost for reasons that sit well with some and less so than others, ETC sits where Ethereum once was. Cheap yet conspicuously expensive for an altcoin on a per-token basis. A use case and a community that Ethereum laid out in full over its many years and is now almost handing it over. Not the least of which, prices moving counter to the overall crypto market.