Fidelity and Bitcoin: A Process of Cryptocurrency Adoption Since 2014 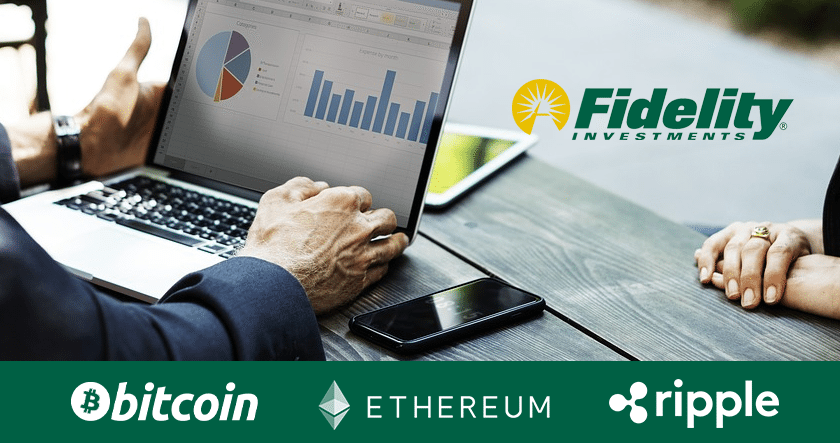 Since 2014, Fidelity Investments has been on the cutting edge of cryptocurrency research and insight. Fidelity’s investment into blockchain and digital assets makes the firm unique among its institutional peers as a leader of this technological revolution. It even has an entire department — Fidelity Digital Assets — dedicated to providing institutional-grade digital asset solutions. However, Fidelity has primarily focused on enabling institutional investors, rather than individuals with retirement accounts, to invest in Bitcoin.

But in 2022, Fidelity’s adoption of cryptocurrencies is becoming a reality. In April, the company announced plans to begin offering bitcoin in their 401(k) plans– individuals could begin investing in it if employers allow it in their plans. However, Fidelity’s bitcoin offering plans still need approval from the U.S. Department of Labor, which has signaled it will heavily scrutinize their digital assets plans.

Let’s take a look at the cryptocurrency products and services provided by Fidelity and how their digital asset business has grown over the years.

1. Can I invest directly in bitcoin with Fidelity?
Probably not. At this time, retail investors cannot invest in bitcoin nor trade the digital asset using their Fidelity account. Only a small class of investors, known as institutional investors, can transact in the bitcoin market by using Fidelity Digital Assets. However, Fidelity has plans to add bitcoin as an investment option in their 401(k)s, but as of May 2022, it is pending approval by the Department of Labor.

3. What is the Wise Origin Bitcoin Index Fund?
A bitcoin fund launched by Fidelity, Wise Origin allows high net worth individuals to get exposure to bitcoin without purchasing the digital asset directly and worrying about the storage and safety of their cryptocurrency. The minimum investment in the fund is $100,000.

4. Does Fidelity offer any bitcoin services for retail investors?
Not really. Currently, the bitcoin services for retail investors is extremely limited. Investors can’t directly purchase or trade bitcoin on Fidelity, but bitcoin that’s purchased via Coinbase can be tracked using Fidelity’s Portfolio Summary View. Additionally, Fidelity accepts bitcoin (along with other cryptocurrencies) as charitable donations to Fidelity Charitable.

5. Can I rollover my Fidelity 401(k) to bitcoin?
No. While Fidelity does not currently offer the option to purchase bitcoin for retail customers, other companies do allow you to rollover your eligible Fidelity 401(k) accounts into a Digital IRA. This type of retirement account allows for tax-deferred investments in cryptocurrency (a major advantage considering how cryptocurrency transactions are currently taxed).

6. Can I buy bitcoin for an IRA with Fidelity?
No. Unfortunately, the answer to this question is the same as the situation described for a 401(k). If you want to open a Bitcoin IRA, Fidelity does not currently allow retail customers to purchase any cryptocurrency directly. However, the same solution as explained in the above can apply. You can move an existing IRA with Fidelity to a Bitcoin IRA and get the same tax benefits as you would for any other investment within an IRA. There are no tax penalties or implications to do so.

Fidelity announced plans to offer bitcoin in their individual 401(k) retirement plans starting as soon as the summer, pending review and approval from the U.S. Department of Labor. The account fee would fall between 0.75 to 0.90% and trading fees will be “competitively priced,” according to research firm Cerulli Associates.

Fidelity International has launched its first bitcoin exchange-traded product (ETP) in Europe in what is the joint-cheapest offering available for investors in the old continent seeking direct exposure to the bitcoin price. The Fidelity Physical Bitcoin ETP will list on the Deutsche Börse Xetra today under the ticker symbol “FBTC” and on the SIX Swiss Exchange in the coming weeks. It will carry an ongoing charge figure (OCF) of 0.75%.

The $4.9 trillion asset manager, has filed paperwork with the SEC, to list a new Bitcoin exchange-traded fund. The ETF aims to track the digital currency’s daily performance using the Fidelity Bitcoin Index PR, an index that’s derived from several price feeds. If approved, the Trust would be the first Bitcoin ETF to launch in the United States.

Dec 2020 – Fidelity Digital to Hold Bitcoin as Collateral for Cash Loans (Bloomberg)
Partnering with cryptocurrency lender BlockFi, Fidelity announces it will allow institutional investors to use bitcoin as collateral for cash loans. This allows bitcoin investors to obtain capital without having to sell their bitcoin, a useful financial tool for hedge funds and cryptocurrency miners, among others.

Aug 2020 – Fidelity Launches Inaugural Bitcoin Fund for Eligible Investors (Bloomberg)
Fidelity filed paperwork with the SEC to launch its first ever Bitcoin fund, the Wise Origin Bitcoin Index Fund I. The fund will be managed through a new business called Fidelity Digital Funds and be made available to family offices, registered investment advisors, and other financial institutions with a minimum $100,000 investment.

June 2020 – Fidelity Digital Assets: Institutional investors are interested in crypto (Fidelity Digital Assets)
Partnering with Coinbase, Fidelity allowed customers to authorize the cryptocurrency exchange to send digital wallet data to their Fidelity Portfolio Summary View. While this feature is only a simple window into one’s digital assets elsewhere, it signaled a willingness to treat digital assets on a level playing field with other investment types.

December 2019 – Announced plans to expand institutional Crypto into Europe (TokenPost)
Through its crypto arm, Fidelity Digital Assets, this multinational financial service provider announced that it will be expanding its operations into Europe to cater to institutional investors there.

May 2019 – Fidelity research predicts a growing market for Bitcoin (CCN)
A research paper by Fidelity Digital Assets concluded that institutional investment in cryptocurrency is likely to increase over the next five years. The survey of 450 institutions showed that 22% already own digital assets and 74% of financial advisors view cryptocurrency most favorably. The value of BTC rose by over 25% in April 2019 alone.

Mar 2019 – Fidelity Digital Assets goes live (CoinTelegraph)
On March 8, Fidelity announced that its cryptocurrency platform has gone live with a select group of clients. The roll out is occurring slowly and relatively quietly for now as the concept gains popularity. Fidelity’s “solutions are focused on the needs of hedge funds, family offices, pensions, endowments, and other institutional investors”.

Jan 2019 – Fidelity Digital Assets platform being tested with eligible clients (Bitcoin.com)
Issuing a public update on their cryptocurrency trading platform for institutional investors, Fidelity said that some select clients have begun using the service. Despite the relative novelty of cryptocurrency, Fidelity has “established a robust set of technical and operational standards” that are being updated based on initial feedback from users.

Oct 2018 – Platform for institutional investors launched (BitIRA Blog)
The fifth-largest asset manager in the world launched Fidelity Digital Assets, which is set to go live in early 2019. This marks the most ambitious venture into the crypto space by any major financial institution, and this digital assets division will allow institutional investors to buy cryptocurrency through a regulated and trusted custodian.

May 2018 – Partnership with MIT for Layer 2 Summit (Forbes)
Continuing a multi-year focus on blockchain research, a summit was convened at Fidelity Labs and MIT Media Labs. This summit addressed an issue that concerns many blockchain professionals: scalability. For blockchain to scale, cost per transaction needs to go down as transaction volume increases. With current tech, the opposite is true.

Aug 2017 – Digital asset wallet tested on Fidelity.com (Fidelity.com)
Partnering with Coinbase, Fidelity allowed customers to authorize the cryptocurrency exchange to send digital wallet data to their Fidelity Portfolio Summary View. While this feature is only a simple window into one’s digital assets elsewhere, it signaled a willingness to treat digital assets on a level playing field with other investment types.

Apr 2017 – Joined top universities and tech firms for IC3 initiative (Fidelity.com)
In a first venture of its kind, Fidelity joined with top universities and tech firms to explore new blockchain projects. All of the institutions taking part in the Initiative for Cryptocurrencies and Contracts share a common vision for the disruptive potential of blockchain tech. The CEO of Fidelity also spoke at Consensus 2017 in May.

Nov 2015 – Bitcoin accepted for donations on Fidelity Charitable (Fidelity.com)
Partnering with Coinbase, a major cryptocurrency exchange, Fidelity took an early step toward Bitcoin adoption by allowing philanthropists to use the digital currency when making donations to Fidelity Charitable organizations. The bitcoins would then be converted to other assets via Coinbase and given over to the respective charity.

May 2015 – Blockchain Incubator formed (Medium)
While Fidelity had been conducting initial research into cryptocurrency since early 2014 (when 1 BTC was worth less than $1,000 USD), the financial institution formed the first team dedicated to exploring blockchain and cryptocurrencies the following year. The Blockchain Incubator paved the way for future adoption of Bitcoin by Fidelity.

As Fidelity continues to develop its digital asset investment programs, this page will be updated with cryptocurrency adoption milestones.

Timeline of Fidelity’s Path to Adoption of Cryptocurrencies