Finland Turns to Cold Storage for Greater Security of Cryptocurrency 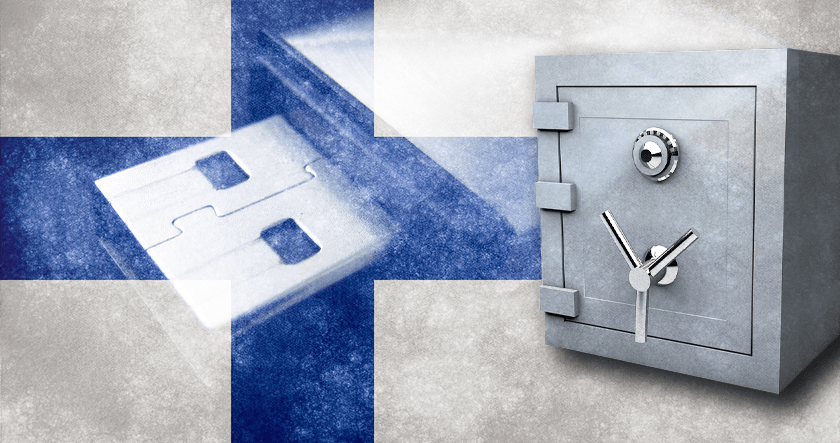 In a recent ruling, the Finnish government issued a new set of guidelines regarding how they handle confiscated Bitcoins. One of the main updates will oblige law officials to store the seized currency offline, instead of holding them on an exchange.

Offline storage, also referred to as “cold storage”, usually involves a hardware wallet which is kept disconnected from computers unless a transaction is being made. Cold storage tools tend to use a USB port to interact with other devices and come with one or more additional layers of security, giving them an unparalleled track record of protection.

These wallets are considered to be the most effective way to ensure one’s cryptocurrency and are ideal for storage over longer periods of time, especially in cases involving larger amounts of Bitcoin and other cryptocurrencies.

This is in contrast to storage on an online ledger, a riskier option that is nonetheless utilized by many due to ease of access. Alternatively, and even more troubling, is that some holders choose to store their capital on a cryptocurrency exchange, which is generally seen as the least secure method.

Although the Helsinki customs office hasn’t revealed its current means of storage, the decree suggests that Finland’s government might be concerned about seized Bitcoins being lost due to vulnerabilities in exchanges.
Currently, Finnish authorities hold some 2,000 BTC that were confiscated alongside other assets in raids since 2016, particularly those involving the Valhalla underground market. The 2,000 Bitcoins are worth roughly $23 million based on current prices.

The ruling goes on to address the fate of the seized Bitcoins should they be ineligible to be returned to the owner. In these cases, the government will most likely exchange the digital currency to euros via a public auction to avoid risks associated with exchanges.

Finland’s method of dealing with seized cryptocurrencies is similar to that of the U.S., which is also known for its auctions of confiscated Bitcoins. Among the most newsworthy Bitcoin sales by U.S. officials are those involving the dark web market known as Silk Road.

One of these auctions was a well-publicized purchase of 29,656 BTC by investor Tim Draper. Draper held a press conference after buying the seized cryptocurrency in mid-2014, expressing his faith in digital currencies and insisting that they are more secure than personal investments held by banks. Another notable USMS auction saw 44,341 BTC sold publicly in October 2015. As in the previous case, the digital currency came from Silk Road-related seizures. Today, the 73,997 Bitcoin from the two sales would be worth $853 million.

With a growing number of exchanges being hacked, it’s becoming increasingly clear that cold storage is the most secure way to store your digital assets. That’s why, at BitIRA, we proudly provide our customers with “The World’s Most Secure Digital Currency IRA. ” Our cold storage protocol places customer devices in a Class III vault, inside of a state-of-the-art depository, protected by armed guards, 24 hours a day, 7 days a week. Besides top-notch security, BitIRA customers rest assured of their asset’s safety because they are fully insured through an all-risk policy. You can read more about the world’s first and only fully-insured cold storage solution for Digital Currency IRAs, offered by BitIRA, here.