Millennials Turn Towards Bitcoin and Cryptocurrency 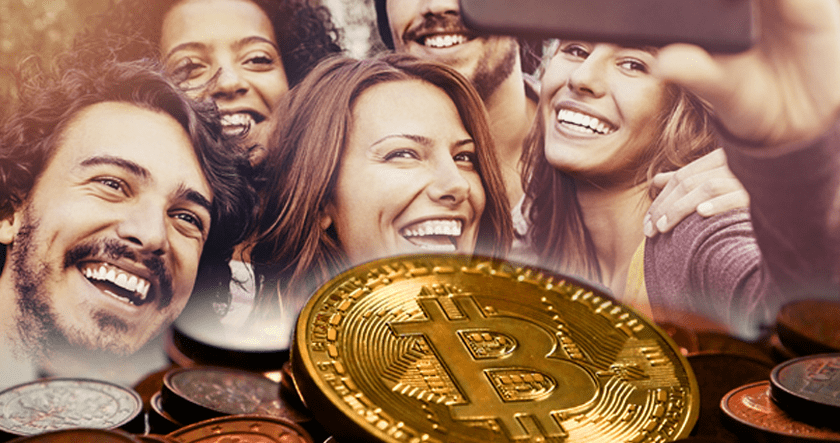 The stock market might be undergoing a big surge, but one group of investors is unconvinced that it can continue and continues to seek out alternate acquisitions. According to Cointelegraph’s Darryn Pollock, the traditional status of stocks and bonds is precisely what makes them unattractive investment options in the eyes of millennials.

Brought up in an environment where technology is integrated into every aspect of their life, Pollock notes that millennials are ideally-suited to place their faith in Bitcoin, a high-tech form of investment that advertises itself as the currency of the future.

A recent survey by venture capital firm Blockchain Capital showed the extent of millennials’ interest in the cryptocurrency and their familiarity with it compared to older generations. The study, which talked to more than 2,000 people, hinted that age might be the most important factor when determining one’s openness to the idea of Bitcoin; whereas 42% of the surveyed millennials showed some familiarity with the cryptocurrency, only 15% of those over 65 did.

The study also found that 30% of those in the 18 to 34 age range would rather own $1,000 in Bitcoin than in government bonds and stocks. The reluctance of older generations to place their trust in Bitcoin should come as little surprise, as bonds and stocks were, until fairly recently, seen as the safest and surest opportunity to increase your savings.

However, Pollock points out that the book has not yet been written on the older generation and Bitcoin, and that there is still plenty of room for older age groups to embrace an investment option that might seem strange to them.

It’s not just millennials’ familiarity with technology that’s causing them to be optimistic towards Bitcoin. To Pollock, this generation’s appreciation of cryptocurrency signals a clear distaste for banks and similar financial institutions, which they might view as representative of “old money”. A major driver could also lie in Bitcoin’s seeming marginality – while those in the know are already well-versed in the cryptocurrency, one might struggle to call it mainstream and there are still chances that the average person might not know anything about it.

Still, Pollock notes that this is rapidly changing. With Wall Street acknowledging the interest in Bitcoin, more platforms and options for owning and trading promise to open up. This would go a long way towards making Bitcoin a talking point for generations that weren’t brought up in a tech-heavy environment, as well as helping Bitcoin investing achieve mainstream status.