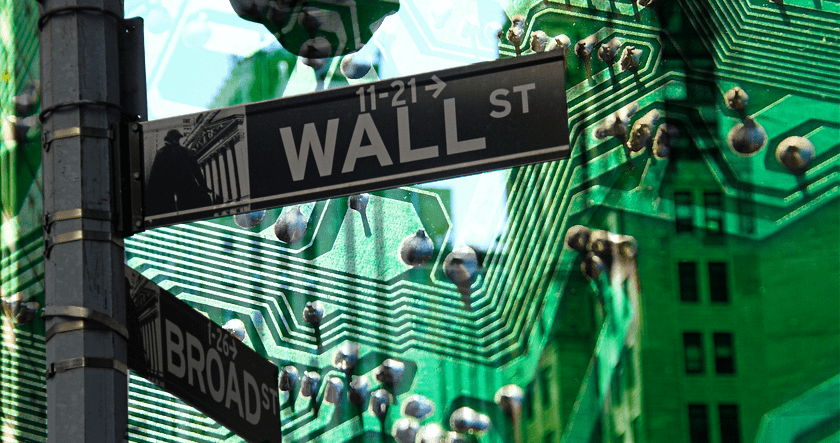 The New York Stock Exchange could be the latest institutional giant to adopt Bitcoin by introducing a specialized trading platform. A report by The New York Times states that Intercontinental Exchange, the NYSE’s parent company, has already begun implementing a Bitcoin-oriented platform aimed primarily at larger investors.

Although details remain scarce, the trading desk would utilize swap contracts to provide investors with actual Bitcoin as opposed to a derivative. This would be in contrast to the recently-launched platforms on the CME and CBOE, which offer cryptocurrency futures to traders.

Reports of NYSE taking an interest come just days after Goldman Sachs confirmed that it would open its own trading operation, becoming the first Wall Street bank to do so. Various parties had speculated that Goldman Sachs would indeed move into Bitcoin in the months leading to the official announcement, and the bank is expected to commence trading over the next few weeks.

Similarly to the Chicago-based platforms, the bank’s operation will include a futures contract that allows clients to trade based on Bitcoin’s price movement. This would make NYSE’s virtual exchange somewhat unique as the only trading unit by a major Wall Street broker that supplies cryptocurrency in real time. However, Goldman is also reportedly looking into direct Bitcoin trading, provided that the bank can get regulatory approval.

Leading up to the announcement, Goldman showed an openness towards cryptocurrency by allowing clients to trade futures contracts on the CME and CBOE. Chicago’s mercantile institutions were the first of their kind to embrace Bitcoin back in December, with many considering it an important milestone for digital currencies. The move had an immediate impact on the market, boosting Bitcoin prices by roughly 5% within minutes of the launch.

In a note regarding their Bitcoin platform, Goldman Sachs said the decision came after overwhelming interest by clients who wish to use the cryptocurrency as a store of value.

The backing from Wall Street’s major players carves out an interesting course for Bitcoin, given that its creator wanted an alternative means of exchange independent of banks. Nonetheless, it’s hard to deny the positive effect that each high-profile adoption has on the developing asset. The availability of Bitcoin on the platforms of some of the biggest exchanges and banks will also help attract larger investors towards the digital currency.

Along with improved regulation, this should help curb Bitcoin skepticism and affirm the cryptocurrency as an above-board asset with long-term value.

Even federal regulators like the chairman of the U.S. Commodity Futures Trading Commission (CFTC) predict that Bitcoin is a valuable long-term store of wealth. Read his comments here.