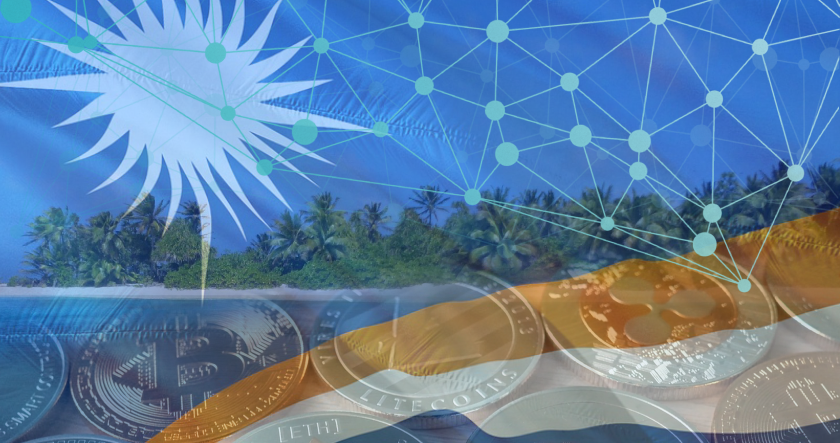 Ever since cryptocurrencies and blockchain sprung to life, many advocates have speculated that they could eventually replace fiat currency. Some perceived that this would happen on a wholly decentralized basis (where people would use virtual currencies for payments irrespective of central banks), while others saw the official sector eventually making the switch towards stablecoins. Although statements from high-profile individuals in international finance helped fuel these hopes, no country has yet to make the bold leap towards crypto.

That all changed a few days ago, when the Marshall Islands, a sovereign nation numbering just over 50,000 citizens, announced that its government will create its own cryptocurrency and issue it as legal tender. In many ways, the small nation is the ideal prototype for this kind of breakthrough move. For starters, the Marshall Islands never had its own currency and instead used the U.S. dollar as a substitute. Furthermore, the country’s geological positioning makes traditional payments difficult both inside and outside of its territory.

In a recently-issued statement, the Marshall Islands’ Minister In-Assistance to the President David Paul outlined three key reasons why the country decided to opt for blockchain instead of fiat after passing its Sovereign Currency Act last year.

The first reason Paul cites has to do with the aforementioned accessibility. Compared to legacy payments system, the inner workings behind the new cryptocurrency, the Marshallese sovereign (SOV), will provide the nation’s citizens with unparalleled freedom to send and receive payments despite the landlocked status. As Paul notes, there will be no need for ATMs, payment remittance systems that charge hefty fees or even a central bank to print physical money.

The second, and perhaps the most important reason, has to do with the SOV’s fixed supply. Ever since the U.S. dollar was untethered from gold in 1971, the global monetary system has drawn plenty of criticism as each government became free to pump money into its supply. In contrast, the SOV’s fixed supply of 24 million tokens will render inflation a non-issue, whereas most of the world’s governments continue to struggle with it. Paul used the example of the Argentinian peso, which lost 15% of its value in a single day, as an example of why the current monetary system leaves a lot to be desired.

As the third reason, Paul named improvements in privacy and security compared to traditional fiat. Every SOV user will have to be approved by an official entity, preventing potential exploitation of legal loopholes. In turn, those using SOV will have the option to choose how much of their personal information they want to disclose when making individual payments. Paul added that the SOV will allow the country exceptional access to the global financial system due to blockchain’s tamper-proof, secure and lightning-speed transaction perks.

While countries like Russia, China and Venezuela have all toyed with similar ideas to varying degrees, the Marshall Islands is the first country to truly make the leap, and with little waiting. The government already announced details regarding the move, such as that it will be governed by an independent entity called the SOV Development Fund, comprised of seven experts in the field of finance and blockchain. More details regarding the SOV’s launch will be revealed later this month during the Invest: Asia 2019 event held in Singapore.