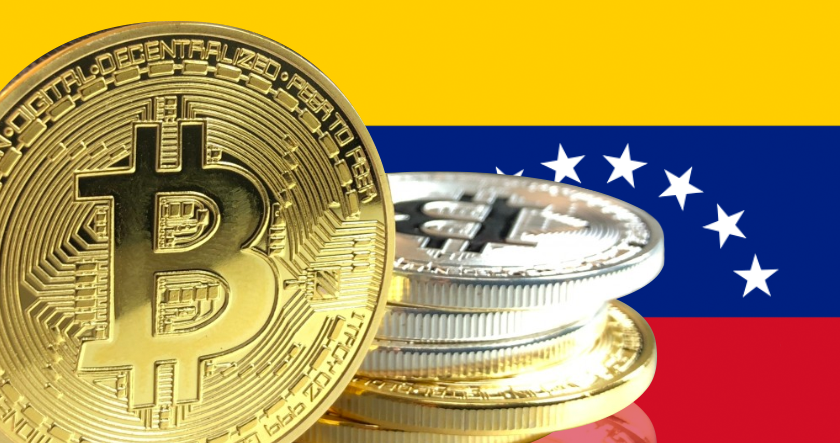 By now, Venezuela’s ongoing hardships have become a global affair. Over the past year, the country has been hard-hit by sanctions that have cut off the country from the world’s financial system. To make matters worse, Venezuela’s national currency has experienced one of the worst cases of hyperinflation in history, with the International Monetary Fund reporting that the country’s inflation rate recently passed 10 million percent.

The struggles have plunged the Latin American nation, which once enjoyed a reasonable degree of prosperity, into chaos, with citizens finding themselves denied of the most basic life necessities. As governments around the world try to come to terms with Venezuela’s two opposing regimes, the country has increasingly turned towards cryptocurrencies in order to battle the financial and social downturn.

After making a pitch to issue the world’s first sovereign cryptocurrency, Venezuelan president Nicolas Maduro has moved to adopt existing tokens in order to make financial transactions feasible. In a recent televised press conference, Maduro revealed that the nation’s central bank is looking to digitalize its workings and use Bitcoin and Ethereum as a presumably official method of payment.

In the statement, Maduro said that the government is looking towards cryptocurrencies to both re-establish its monetary system and make it possible for citizens to perform local and international transactions. If the methods come to fruition, the normalization of tokens as a payment method would allow Venezuelans to combat the country’s crippling inflation and send and receive money across the border.

According to several insiders, Maduro’s latest idea was spurred by Petroleos de Venezuela SA, the state-run oil company. Instituting crypto as part of Venezuela’s monetary authority would make it possible for Petroleos to pay its suppliers with BTC and ETH after struggling to send money abroad due to sanctions.

The move is especially interesting as it coincides with recent efforts to establish cryptocurrency charities within the country. Although delivering aid to Venezuelans through crypto is still a fresh concept, local crypto charities have already managed to make some strides when it comes to easing the people’s struggles. The fact that Maduro’s government is looking towards existing marquee tokens instead of creating a stablecoin is vital, as the same tokens are used by the charity benefactors.

Perhaps more importantly, Venezuela’s citizens have already been making heavy use of cryptocurrencies such as Bitcoin and Ethereum to protect their wealth and regain access to the global financial system. Should the government indeed institutionalize existing tokens, it could not only create sparks in the crypto market but also support the by-now widespread use of coins among Venezuelans.