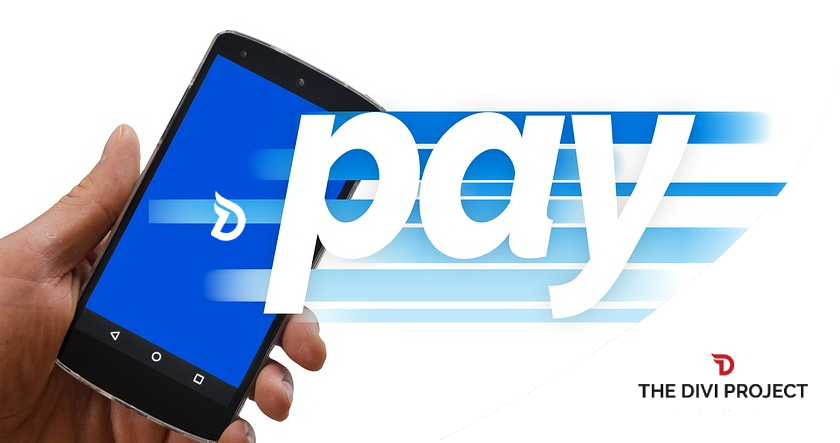 Everyone has a different reason for getting excited about the world of blockchain and cryptocurrency: the technology, the opportunity for decentralization, being at the forefront of the next “big thing” in technology—these are just some of the biggest motivators. For Divi Project co-founder Nick Saponaro, the opportunity to innovate through a one-click masternode solution alongside the chance to make money was a win-win situation. BitIRA was able to speak with him and learn more about the challenges he’s faced while discovering and pursuing his passion—and getting Divi off the ground.

BitIRA: Let’s start with Divi Project. Can you tell us a bit more about how it came about?

Nick: Sure! Divi was born out of the 2017 bull market, as many projects were. We started the company with one vision in mind: to make cryptocurrency more accessible and easy to use, earn and transact with than it was—and even is currently.

We have this app which is part of our vision for a fully vertically integrated ecosystem that allows you to not only purchase cryptocurrency but also earn currency as a result of using our software—that you also use in the real world.

We started with the earnings aspect as that seems to be the most interesting to people, at least at the current stage. We created our one-click master node software. Masternodes are very similar to mining, where you’re running a computer program and generating something as well. In this case, it’s in the cloud, and as a reward for helping us secure and verify transactions on a network, get paid back in Divi — a little bit of crypto.

Now, we didn’t invent masternodes but we did invent the one-click deployment. We have held our own as probably the easiest way in the space to set up masternodes and start earning crypto.

BitIRA: It sounds easy and fast. Let’s transition a bit into talking about you—what personally drew you into crypto? Tell us more about your story.

Nick: Initially, it was much like many people: the opportunity to make money.

I was introduced to Bitcoin a long time ago, way before I was actually investing in it. Probably three or four years later, a buddy of mine was really well-connected with Joe Lubin at Ethereum. He insisted that I invest in Ethereum, probably like eighty cents or a dollar.

I didn’t really understand it at the time. I was a developer freelancing websites, but I didn’t fully understand crypto or blockchain at that time; and so I threw a couple of bucks into it and kind of followed it for awhile. Then the DAO hack happened, which was pretty devastating and so I stopped paying attention for awhile.

I was reintroduced to it by a book, “Mastering Bitcoin” by Andreas Antonopouloos. And once I started to read that I started to understand the technical aspects of crypto. That’s what really drew me back into it. From that point on, I was insistent that I had to build something in this space.

BitIRA: What would you say are the biggest challenges both to working in crypto, as well as to getting people on board with Divi?

Nick: To start with the first part of this question—the challenge of working in crypto—It’s obviously a competitive space, like many tech spaces.

The real challenge is finding people with integrity and honesty whom we want to work with. I hate to say this, because obviously I’m passionate about the industry and the community behind it, but as with everything there are some bad actors out there. We’ve been a bit unfortunate over the course of this latest growth period. SO understanding that, and working around that, and making sure that I and my team work with integrity has been a focus of mine.

Getting adoption of an alt coin has also become challenging. After the bear market really took hold of the industry and many people lost a lot of money, the sentiment around alternative currencies has not come back to what it was in 2017. But to speak to my point at the beginning of this answer, acting with integrity, consistency, and prioritizing clear communication has really made things a lot more achievable for us.

BitIRA: What excites you most about where crypto, blockchain, and the whole industry is going?

Nick: Honestly, it’s the same thing that really started my interest and keeps it today: the opportunity to decentralize finances, which is really what we’re trying to build.

I’m not one of those people trying to destroy the system or rebel against the status quo. I mean yes, to some degree, that’s in may actions, but I believe this is a necessary step forward to build transparency into our banking system, our political system, and to really weed out corruption. We didn’t really understand the level of corruption that was taking place until we had the internet, which was also a revolutionary technology.

So that’s the key to, if you want to call it, the “revolution”—it’s a once-in-a-lifetime opportunity. You don’t really see that very often: being able to be part of this remarkable thing.

BitIRA: Absolutely. Thank you, Nick! This has been fantastic. Do you have any parting comments for our readers?

Nick: Welcome! Come join us—and we’d love to help educate you if you’re brand new. We’ve worked really hard to build a welcoming community that’s trying to be educational. If you’re looking for a place to start learning, we might be a good place. You don’t need to invest in a coin. Just ask a question and come join us.