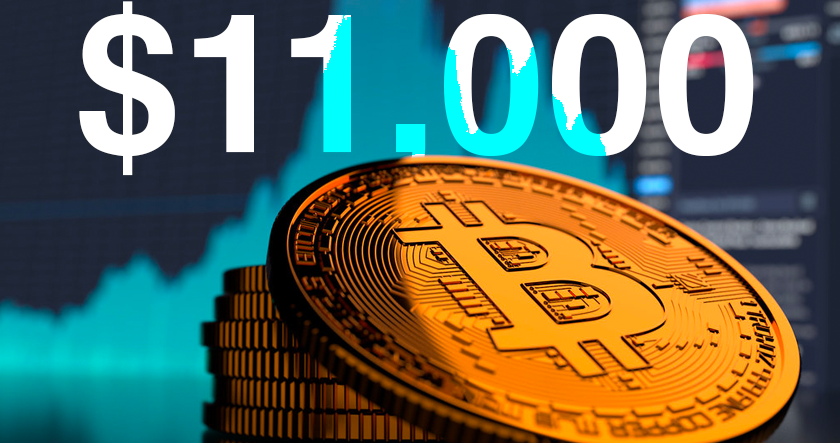 Image by QuoteInspector / Photoshopped / CC BY 2.0

In a recent analysis, Forbes’ Roger Huang investigated Bitcoin’s spike above $11,000 over the past week, which followed a prolonged period of remaining stationary within the $9,000 level. To Huang, central bank decisions, along with the global pandemic, have been the primary drivers of Bitcoin’s price over the past 6 months.

This notion is supported, albeit not entirely, when one examines how Bitcoin has moved in the last few months. Like all other assets, the token became subjected to a widespread sell-off in March amid peak panic and uncertainty brought by the Covid-19 pandemic, with prices falling from February’s $10,000 level, to lows of $3,000, to a seeming hard resistance at $5,000. In the simplest of terms, investors were looking for liquidity.

Since then, Bitcoin’s price recovered as the Fed began printing trillions of dollars to reinvigorate the economy. Part of the Fed’s policy shift included an affirmation of a prolonged period of zero interest rates, joining other central banks around the globe that have long since plunged their benchmark rates into negative territory. Yet low or negative-yielding Treasuries have been the talk of the town for months, as have concerns about monetary expansion. Neither of these factors can be attributed to a sudden price spike. Instead, this move appears to have come organically, driven by a broad desire for a hedge.

With sovereign bonds being all but eliminated from the role, both individual and institutional investors are looking to hedge their bets. The stimulus-powered, soaring stock market has, according to many, not looked to be on shakier foundations for a while. Paul Tudor Jones, the billionaire investor and long-time proponent of Bitcoin, has also pointed to inflationary concerns as another main driver of crypto demand.

While sovereign currencies themselves can be seen as a form of hedge in most times, this does not appear to currently be the case. Central banks around the world have very much made it known that all bets are off when it comes to loosening monetary policy. In such an environment, even cash itself starts to have dubious value, especially over a longer period.

Given their many different applications and uses, it might not be fair to refer to cryptocurrencies as “the only thing left on the table”, yet they have come to be just that. A decentralized asset with no counterparty risk, immense upside potential and just as much versatility is precisely what investors are looking for in the current climate.

Huang uses the Grayscale Investments LLC crypto fund as perhaps the best example of this. In Q2, the fund attracted more than $900 million from investors, roughly double the amount from any previous quarter. Among other things, Huang attributes this influx of money to institutions that either want a hedge or a yielding asset. These institutions, along with individual investors, might also be interested in the newly minted DeFi options. Also known as decentralized finance, DeFi is a branch of the crypto sector that provides investment options similar to those of private and central banks.

A few years ago, many were quick to dismiss cryptocurrencies as an asset class that is overly reliant on faith. Now, as faith in nearly all traditional assets and fiat currencies is evaporating, Bitcoin appears to be offering a safe harbor. Considering the latest study by Cornerstone Advisors that showed 15% of Americans own crypto and half of them jumped on board this year, it’s a view that’s difficult to dismiss.