World Bank Sets the Stage for a Crypto Rebound 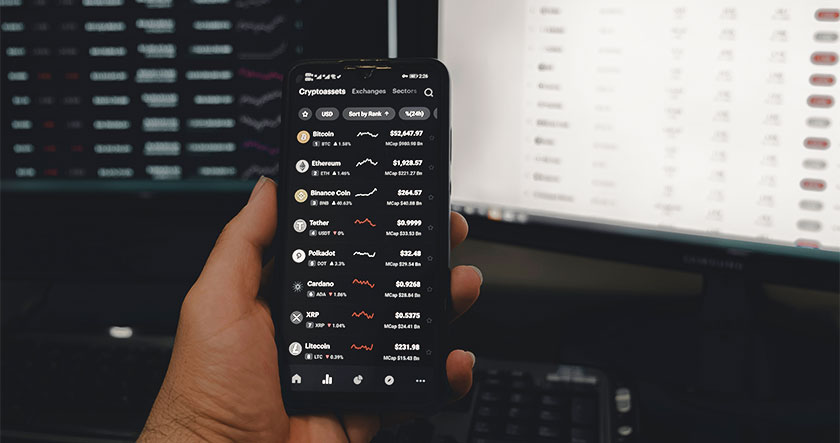 Image by Sajad Nori via Unsplash

It seems that negative economic forecasts from the World Bank are becoming the norm. The institution doubled down on its June 2022 forecast, slashing its 2.9% growth prediction to a mere 1.7%. The global economy is on the brink of a recession, they warned – and a significantly more severe one than they foresaw just six months ago.

In Europe, the European Central Bank (ECB) has raised interest rates only 2.5% but are already arguing over whether easy money policies will be necessary given the looming recession.

What central banks do is critical – they determine both the quantity and “cost” of currency (by “cost” I mean interest rates, or how expensive borrowing is).

So how does this affect the crypto market?

Crypto, too, doesn’t seem much different from six months ago. The “taking away of the punchbowl” has hammered risk-on assets for several reasons. In a nutshell, here’s how that works…

The results have been significant. We’ve seen tech firms, including crypto companies, deal with a more expensive credit environment by laying off as much as of 30% of their staff.

That’s business. How much does this matter to bitcoin?

Bitcoin is decentralized for a reason: while troubles in altcoin projects definitely bring the crypto market down, they shouldn’t be a driving force for BTC price and adoption. That consequently means the crypto market can bounce back even amid generally unfavorable conditions, namely because most tokens still follow BTC’s ups and downs with uncanny precision. And this is where HODLers start to get a little enthusiastic.

Chainlink co-founder Sergey Nazarov said this in so many words. Nazarov believes bitcoin could surge during a global recession because that’s what it was designed to do. True enough. Remember, bitcoin’s genesis came from the colossal failure of central banks to manage the pre-2008 global financial bubble – and their equally flawed response to the crisis. Satoshi saw that the world needed a modern form of money that was immune to central bank manipulation.

That need has only increased.

And if this materializes, it would almost certainly make crypto the only risk-on asset class to post any kind of performance in such an environment.

As 2024 approaches, we face one of the historically most important price movers in the crypto market, known as BTC halving. Miners’ rewards will drop from 6.25 to 3.125 BTC for every successfully-mined token, making it harder to acquire. One doesn’t need to make a particularly in-depth analysis to figure out what effect this has had on the crypto market the last two times it happened.

Not many expect interest rates to stay elevated until April 2024, so we might not get to see the “perfect storm” of a major bullish move in crypto colliding with a global recession. But if central banks turn tail, we could very easily see a scenario where crypto is already posting massive gains by April 2024, much to the delight of true believers.

Price action is only relevant to a point. One of bitcoin’s hallmarks is that, like any other asset, it goes up and down. Whoever trended “crypto to zero” was either paid to do so or has an axe to grind against the crypto market. Nobody reasonable expects crypto to go back to zero, since that’s not how markets work. But the inconvenient truth about all this is that fiat currencies are going to zero.

If you can’t recall a fiat currency that has a history dating back more than 200 years, that’s because there aren’t that many. Fiats are known for their lack of longevity, one that comes as a result of central banks seemingly actively looking to wipe them out. And that’s why we have bitcoin.

The World Bank’s growth forecast is the third worst in three decades. The other two offenders came during the lockdowns, and in 2009 as the global financial recession was gaining steam. The second instance is significant as bitcoin was being made in the background during that time. And it was being made precisely for this reason.

This is why bitcoin owners can only have a good perspective over a long-term time horizon (5-10 years). This timespan lets central banks destroy their economies and provides enough room for crypto to grow and develop. Comparing both economic and crypto market conditions today to those of 2013 is mostly an advertisement for bitcoin.

Does anyone really expect this to change a decade from now?