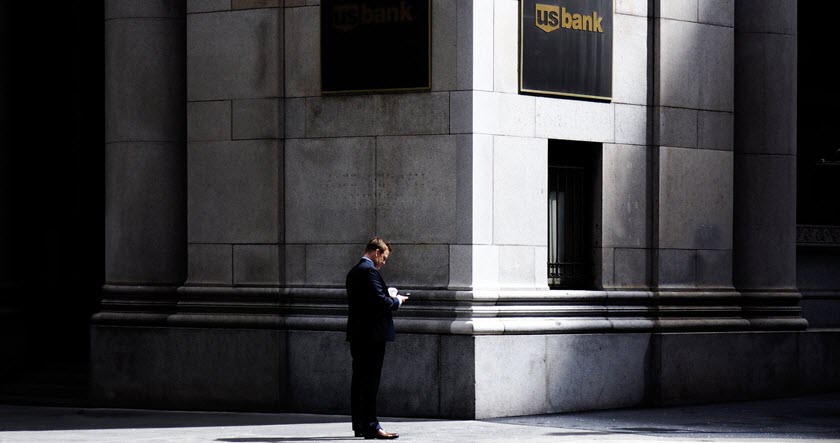 It might seem that,because of China’s e-yuan launch, governments around the world have been clamoring to get a digital version of their currency. The consensus is that a central bank digital currency (CDBC) will give the nation behind it 21st century economic advantages as well as the opportunity to blaze a trail into the blockchain wilderness.

Ever since cryptocurrencies swept the world in 2017, the discussion of what to do about their inner workings never went away. It was suggested that the accounting methods used by today’s banks are rendered “legacy” compared to what can be done with blockchain. Even now, with little in terms of official response past a crypto card and study promises, crypto transfers flourish. El Salvador made bitcoin an official medium of exchange, in other words, outsourcing the role of CDBC to a market-proven cryptocurrency. Ukraine recently joined the line-up of nations legalizing crypto.

As reported by the Bank Administration Institute, banks might simply attempt to integrate the crypto market into their systems with a plug like ACH or Fedwire (the often-dismissed “legacy” payment services). It’s a way to speed things up and avoid disruption when things are getting out of hand, but in a good way.

Some banks outside of the top 10 in the U.S. have already made a good effort out of converting to a wholly blockchain system. But even after all this time, they still mostly offer U.S. dollar tokenization. That’s not quite the same as full-bore crypto adoption; more of a workaround intended to enable dollar transfers on blockchain without actually transacting in cryptocurrencies.

Perhaps this is the ideal way of going about things. A wholly decentralized financial market, plugs included. Maybe the future of DeFi is more about blockchain technologies than the cryptocurrencies that run on blockchains?

“Crypto is a challenge to traditional banking”

Still, Benoît Cœuré, head of the innovation hub at the Bank of International Settlements (BIS), sees the crypto market as a possible challenge to the banking system:

“Financial intermediation” means the middleman business. Specifically, Cœuré is telling banks they’re missing out on the market-making business. DeFi lets private individuals lend and borrow from one another without a single bank standing in the middle, taking its share of the profits.

He’s sounding a wake-up call: “Hey, stodgy old financial institutions! A bunch of early adopters are eating your lunch, and if you don’t get to the table soon there’ll be nothing left but crumbs!”

Cœuré goes on to praise CBDCs, stating that countries should work together on acquiring one. While he doesn’t tell us why, he does mention how CBDCs preserve today and lay the groundwork for tomorrow. It seems that Cœuré sees digitalization as a way of preventing a sovereign currency from getting out of hand.

For banking corporations, even the largest ones, what’s at stake is profit and market share.

For global central banks, what’s at stake is much larger. If they don’t move fast, they stand to lose control of their own economies. A CDBC offers all of the ease-of-use benefits of cryptocurrencies, and all the “benefits” of a national currency: legislation, regulation, control over interest rates and inflation. Cœuré is telling central banks what they need to do in order to stay relevant as institutions in an age of cryptocurrencies and decentralized blockchain-enabled smart contracts.

If digitalization is a necessary measure, that means things are already failing on other fronts. Cœure, too, notes that stablecoins just as stable as those we expect from governments are already here. One can purchase or own them on the independent market. While Cœure acknowledges that central banks seem unwilling to get into the “nitty-gritty”, the market has long moved past the point where the actions of one bank can have a serious negative effect.

Cœuré is announcing, loud and clear, that central banks must act. Cryptocurrencies aren’t going away, and they can’t be ignored any longer. They’re such a serious threat to economic control and authority that we need to see a FedCoin, a EuroCoin, a YenCoin and all the rest.

The alternative is to either outsource CBDC creation like El Salvador did, or simply to close up shop and brush off the résumés. Those are the choices facing banks today.