For Crypto, “Regulate” Isn’t a Synonym for “Outlaw” 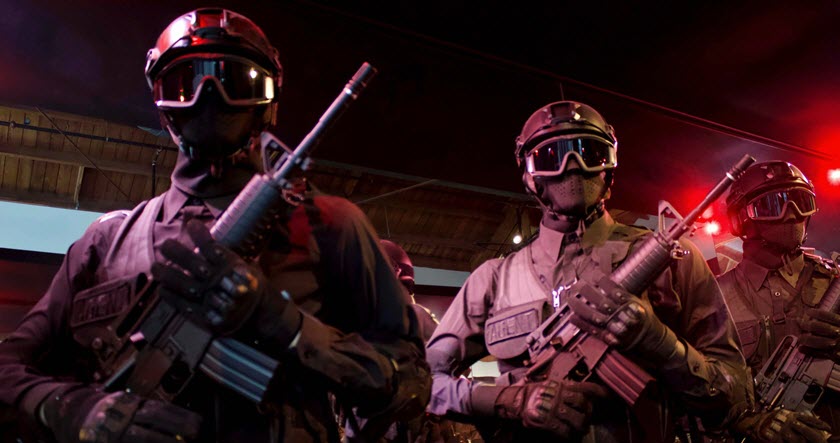 “We heard you had crypto…” Photo by Bret Kavanaugh

Coinbase is the latest crypto company to “go to war” with the SEC. In reality, it’s more of a friendly fencing match. The complications and eventual pulling of the Coinbase Lend after the Securities and Exchange Commission (SEC) threatened lawsuit have made headlines as of late. Now, some are even using the word “crackdown” in regards to how SEC Chair Gary Gensler might approach crypto. But why?

Gensler’s back-and-forth with the Senate Banking Committee had some frustration on his part, but to interpret it as an incoming clampdown might be the definition of FUD. One of Gensler’s main frustrations is that some of Coinbase’s products aren’t being properly registered or defined with the SEC.

He might have a point, and it’s understandable on both parties’ side. The past year has seen an astounding number of crypto products launched. Exchanges are getting heavily into lending, derivatives and other things that even crypto users might find a head-scratcher. As always, the crypto and DeFi marketplaces are barreling forward, and regulators are trying to catch up and ensure that they have an understanding of what’s going on.

Gensler said as much, saying that the SEC is too understaffed to appropriately consider 6,000 crypto projects. The latest quarrel between the SEC and Coinbase is quite reminiscent of Ripple’s battles with the agency.

But how much should this concern crypto investors? Probably not too much.

The Wild West and the new sheriff in town

Whenever there’s a news item like this, about regulation or a bureaucrat saying, “I don’t think so,” crypto CEOS start talking about the government’s boot. Is the U.S. government going to go full-on CCP and ban crypto exchanges, as we recently saw the U.K. do with Binance?

It might! There’s no crystal ball forecasting what any government will do tomorrow, or next week.

But here’s the thing: unlike the U.K. or China cases above, there’s no precedent to expect a ham-handed shutdown from U.S. regulatory agencies.

Consider: China’s latest ban on crypto exchanges is an add-on to its approach that goes back to 2017, when it saw cryptocurrencies, thought “personal financial freedom” and panicked. President Xi Jinping’s government has a track record of cracking down on people, places and things they don’t like, including but not limited to:

This isn’t meant to be an exhaustive list. Merely to remind you of what arbitrary government crackdowns really look like.

Over the same stretch, the SEC, CFTC and other regulators made repeated comments on how they want to avoid stifling the industry and praised it as revolutionary. There were no disappearances or attempts to drive cryptocurrency companies underground. In fact, the opposite: banks like Kraken and Anchorage were founded, and mainstream banks like BNY Mellon opened up crypto custodial services. Coinbase itself, for goodness’s sake (think for a moment how the argument about Coinbase’s Lend product would’ve gone down in China).

Instead, we’ve seen just about the definition of laissez-faire capitalism: a propensity to not regulate, rather than to overregulate. The hands-off approach of U.S. agencies toward crypto is deliberate, one in favor of a free market. America absolutely values innovation. We’re a nation of big dreams and even bigger accomplishments. The SEC’s actions to date have mostly followed the same pattern: “There’s the line, don’t go over it. There’s the line. It’s right there, don’t tell me you don’t see it. Fine, have it your way, here’s a cease & desist order…”

When you ignore the drama and really look at the Coinbase/SEC argument over Lend, it’s pretty basic…

Coinbase: This is Lend. It helps people loan each other money. It’s totally not a security!

SEC: You don’t have to tell us what it is. We have this Supreme Court ruling we use to figure that out. Is Lend…

Coinbase: …what? We don’t understand.

The Howey Act determines what qualifies as an “investment contract” and therefore subject to U.S. securities laws. In other words, what the SEC has responsibility for overseeing. Let’s be very clear here: the SEC isn’t out to shut Coinbase down. There’s a clear process institutions can go through to do what Coinbase wanted to do with Lend.

But Coinbase doesn’t want to go through the hassle of becoming a bank. So, under U.S. law, the kinds of services Coinbase can offer are limited.

Why? To protect customers, to safeguard our savings.

Bigger targets, naturally, are easier to see. So more successful crypto companies like Coinbase are going to be the ones that bear the brunt of SEC scrutiny. As a prominent Russian once said, however, cryptocurrencies can’t be regulated. That’s probably true, and it leaves governments with the option to either let the market flow or try to ban it altogether.

Banning simply isn’t on the table. Remember, way back in June 2018, the former Chair of the SEC, Jay Clayton, clearly said that bitcoin is not a security:

Cryptocurrencies: These are replacements for sovereign currencies, replace the dollar, the euro, the yen with bitcoin. That type of currency is not a security.

And with virtually no precedent of any kind regarding crypto crackdowns in the U.S., we see absolutely no reason to expect one. And that’s great news, especially for investors who’ve opened a bitcoin IRA diversified