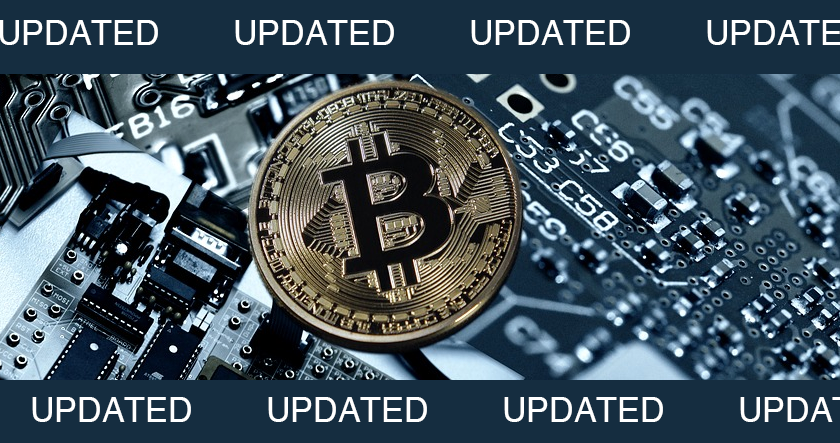 Although it remains the market’s primary cryptocurrency by a wide margin, Bitcoin doesn’t have a team of paid developers behind it who are constantly improving the coin’s back-end. Instead, it relies on open-source development in order to improve its network, making it a decentralized coin in the truest sense of the term.

Yet despite the absence of corporate support, Bitcoin and its underlying protocol are still seeing plenty of advancements from dedicated developers in the open-source community. The latest update to Bitcoin Core, the primary software for both miners and holders, shows that efforts to improve Bitcoin are just as diligent as those assisted by big-name backers.

The update to Bitcoin Core, dubbed version 0.19.0.1 and released on November 24, addresses various points regarding how Bitcoin is made and how transactions are performed. The update covers various bug fixes for the client, expands the translation options and adds new features that are primarily geared towards helping miners and testers operate with greater ease.

News of both the update and a major mining milestone came amidst Bitcoin’s downwards price fluctuations. Bitcoin’s hash rate has been steadily increasing since the start of the year and looks to be on the fast track to approach 120 quintillion hashes per second, having already set a new record on the day of the update with 114 quintillion hashes. Different metrics argue that the blockchain’s massive computing power already exceeded 134 quintillion hashes earlier this year.

Reports such as these show that, despite the recent dip in price, Bitcoin is enjoying ample support from miners, developers and holders alike. Ahead of the Bitcoin Core update, a Bitcoin analysts boasted that Bitcoin is a digital currency that would survive a nuclear war, with more than 9,300 nodes spread across 90 different countries. Various claims that there are even more nodes operating on an invisible network, as well as data that at least one Bitcoin node is running on a satellite in space, serve to further strengthen the token’s fundamentals. This was also highlighted by GitHub recently storing of a Bitcoin Core back-up in an Arctic vault in Svalbard.

Yet for traders and enthusiasts, the most important part of the Bitcoin Core update might be a shift to Bech32 addresses through a tool named SegWit, with the purpose of lightening Bitcoin’s transaction load. High-profile backers such as Tim Draper have repeatedly stated that innovations such as these will be the key propeller of a new bull market in Bitcoin.

Speaking at the Malta AI & Blockchain Summit earlier this month, Draper stated that micropayment-enabling solutions like the Lightning Network and OpenNode will bring Bitcoin to $250,000 in the next few years, possibly as early as 2022. Although the figure appears sky-high, Draper had previously called it a conservative prediction, with other industry figures such as BTCC exchange co-founder Bobby Lee predicting a skyrocket to $500,000 by 2028 as the token’s finite supply becomes paired with far greater use in day-to-day payments.