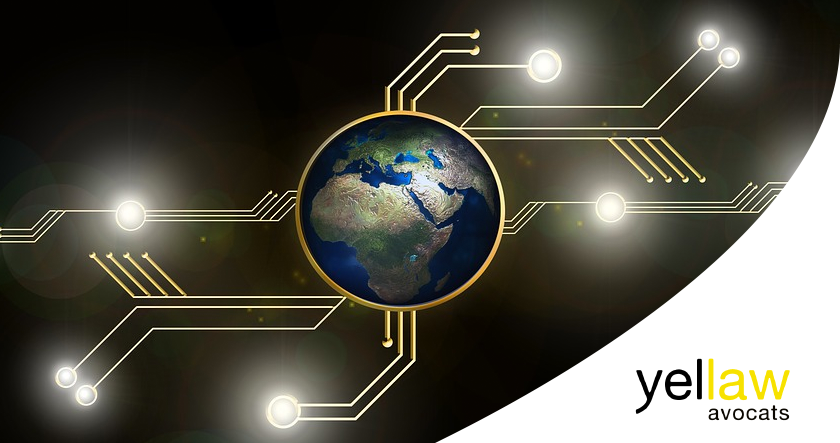 One of the world’s premier blockchain lawyers, Céline Moille’s Yellaw Avocats firm is based out of France but passionate about international law. Céline is on a mission to build connections and community amongst blockchain lawyers in order to pave the way for smooth regulation that serves the industry and promotes growth; she’s been traveling around the world, speaking at conferences and discussing the state of blockchain regulation. Céline sat down with BitIRA to share her insights on what’s needed for the future.

Ten years ago, I got into private international law. For me, it was very new because when you consider international regulation, contract law, and arbitration, in practice it’s not so easy. When I did my Ph.D., I was very impressed with lawyers’ ability to find international cases.

After my PhD, I became a lawyer in France. My law firm is a French law firm with partnerships in the US, Malta, Malaysia, and Singapore—all nice places for blockchain.

Two years ago, one of my partners also is a consul in Malta, and the Maltese embassy asked us if we want to be a member of the Maltese Blockchain Task Force. Of course, as an international lawyer I said yes; I want to learn a lot of things, and I want to be able to know how the regulations are made. And so, we became being involved in blockchain with the Maltese government.

Of course, as an international lawyer, I was very impressed because there was no regulation of blockchain at all in France, in Europe, in the US, or anywhere. It was very new because it’s a new world​, and so we started with no regulations.

And that’s why now I work with blockchain companies.​

BitIRA: How do you think different parts of the world are tackling blockchain and crypto regulation differently? Are any more effective than others?
​Celine:​ I don’t know exactly, because I’m just a lawyer and not a politician. [laughs]
I think Malta became the blockchain island, and it’s interesting because they created all the regulation. In France too, because it wants to be a nice place for crypto and blockchain companies to arise and thrive, but they want to regulate all that kind of new business. Singapore is also a great place for crypto and blockchain.

In the US, I don’t know. The SEC seems very proactive against crypto and all that kind of new business.

I think we have to wait. It’s a very new market, after all. There is some regulation already, but we’ll have to wait and see how it pans out.

BitIRA: What needs to be the most rapidly evolving aspect of blockchain/crypto law?
Celine: When you want to launch an ICO or anything else related to a blockchain business, you need to work with good, trustworthy service providers. We need regulation for that; we need to effectively whitelist a list of vetted providers.

We need to find banks. For my clients in Europe, there are many traditional businesses that want to do an ICO. You are a traditional business in France, for example, and you want to develop your business model all over the world. Well, it’s possible for you to do an ICO, but it’s very hard to find a bank that can help you—not an exchange, but a good bank that can receive, accept, and store the funding. It’s hard enough even in fiat! There’s an added layer of complexity here via the conversion from bitcoin to Euros.

BitIRA: What challenges or problems are you most excited to see blockchain tackle next?
Celine: ​I think an international regulation—or, at least, a European regulation. I’m a French lawyer, and the French Ministry of Economy wants to regulate that business but we’re a small country—same for Germany and others. It could be a good challenge to solve if the European Union could regulate for the European Union that type of business.

But really, it’s very new for lawyers, and it’s such a perfect example of an international case. We need to have more communication between lawyers all over the world because we have the kind of business model that includes investors from everywhere. We need to find a solution. One European Union regulation for blockchain and crypto could be a great starting option.