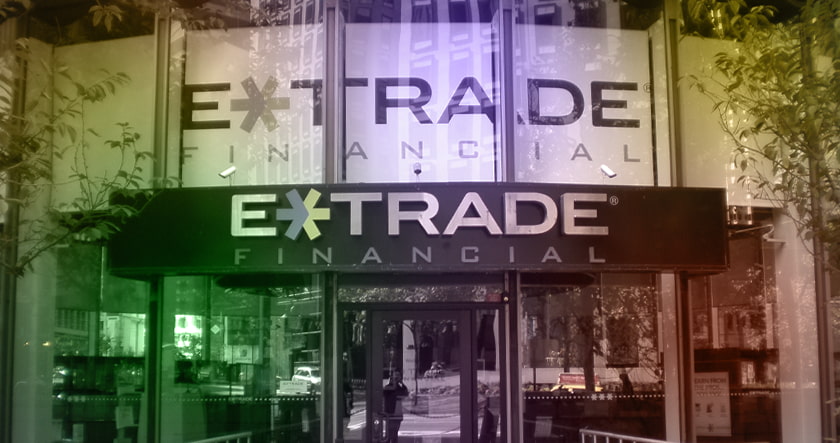 Popular online stock brokerage E*Trade will soon allow its users to buy and trade Bitcoin and Ethereum directly. While lacking official confirmation, insider data states that the platform will provide live crypto trading just as it does for the stock market, and that more coins are scheduled to be added in the future, according to CoinDesk.

The move will give cryptocurrencies additional exposure among E*Trade’s more than 4 million users, although it isn’t the firm’s first foray into the space. Last year, E*Trade announced that CME’s crypto futures will become a part of the site’s asset package. Along with Cboe, the Chicago-based exchange was among the first to secure rights to offer cryptocurrency derivatives.

E*Trade’s switch to coins as opposed to derivatives comes with a proprietary storage solution, one that will involve a third party charged with custody over users’ coins. The Nasdaq-listed exchange is one of many traditional financial platforms that are wasting little time adapting to increased crypto demand. Robinhood, a mobile stock trading app that is often cited as E*Trade’s competitor and boasts a similar amount of users, has been offering coins to its clients for over a year now, having started with Bitcoin available in just 5 states.

Furthermore, numerous sources say that TD Ameritrade, another online brokerage of traditional assets, will soon expand its palette to crypto as well, reports BreakerMag. Last month, a Twitter user noticed what appears to be a beta test of a BTC/USD offering on the TD Ameritrade website. When pressed for statement, Ameritrade didn’t debunk ideas of BTC and other coins as part of its roster, adding that the site is always willing to expand its portfolio to satisfy client interest.

Interest in the crypto space has hardly been lacking, as the number of users and trading volumes on related desks can attest. Coinbase, a dedicated crypto brokerage, passed 13 million users in late 2017 whereas Ameritrade currently numbers 11 million clients. Because of the nature of their offerings, both E*Trade’s and Ameritrade’s crypto services will immediately peg them as a serious competitor to solely-crypto exchanges.

Entrance into the market by regular brokers is seen as a good thing by most crypto enthusiasts, as it spreads awareness and gives traditional investors access where they might otherwise lack it. Supported by the strength of the websites’ userbases, their choice to buy and trade in coins directly is likelier to have a positive impact on the crypto market than if derivatives were used.

Will the mainstream investment platforms all come around to offering cryptocurrency trading in 2019? Let us know what you think in the comments below.