Bitcoin Steady as Stock Market Plummets: A Case for Diversification? 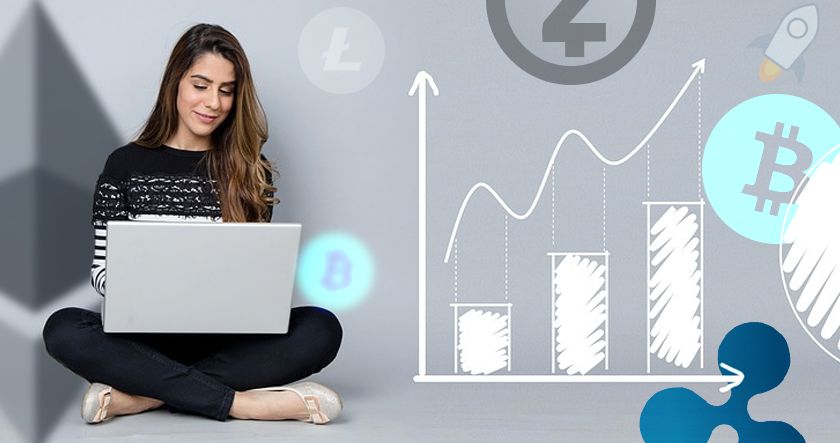 Last week’s steady ride for cryptocurrencies was contrasted by one of the roughest tumbles in the stock market in recent memory, describes CNBC. Although there were signs pointing to volatility heading into Monday, traders hoped that equities would post a strong showing to quell doubts over the market’s prospects.

Instead, the Dow ended the week 3% lower after experiencing an intra-day plunge of over 500 points. The flash crash was reminiscent of a scare in February, which is generally seen as the first major crack in the equity market’s bull run, as well as a 1,300-point drop earlier in October.

Amid the panic, Bitcoin and the broader crypto market stood out as virtually unchanged even at the height of the stock sell-off. The main cryptocurrency (BTC) traded in around the $6,500 range Monday to Friday and even ended the week with a 1% gain.

In doing so, Bitcoin showed a maturity far removed from its early volatile days that detractors are quick to remember. CNBC’s Kate Rooney believes that the fresh asset class is entering a new chapter of its history, one with far fewer price swings. Statistics support this notion, as Bitcoin only had one major daily price swing in October compared to eight or more of those in January and February.

Bobby Cho, Cumberland’s global head of trading, thinks the shift in interest by large investors reflects the evolution of the market, notes CCN. Whereas retail investors were the ones jumping onboard as Bitcoin climbed to a high of nearly $20,000 in late 2017, its newfound stability has begun to attract institutions after a conspicuous absence.

News that large asset managers like Fidelity are launching their own crypto platform have been a welcome sign of progress for the crypto community. Similarly, Yale’s big investment into crypto and blockchain development is a recent example of a top school willing to include or support the nascent technology. Talking to CNBC, BKCM chairman Brian Kelly said that institutional buying will eventually make its mark on the price of Bitcoin.

Bitcoin’s lack of correlation with the stock market during the past week suggests that the digital currency may soon be ready to act as a full-blooded haven asset and a store of value. Yet, according to CCN, the doors are open for an inverse correlation between Bitcoin and the shaky equities market should participants make a flight to financial safety.

Regardless of whether this scenario materializes, Bitcoin’s ability to thrive under pressure from both U.S. and Asian stocks is another feather in the cap of an asset that has made great strides in a short period of time.

The Securities and Exchange Commission (SEC) is facilitating development of cryptocurrency technology by recently creating a communications portal for the industry, called FinHub. Read more about it here.