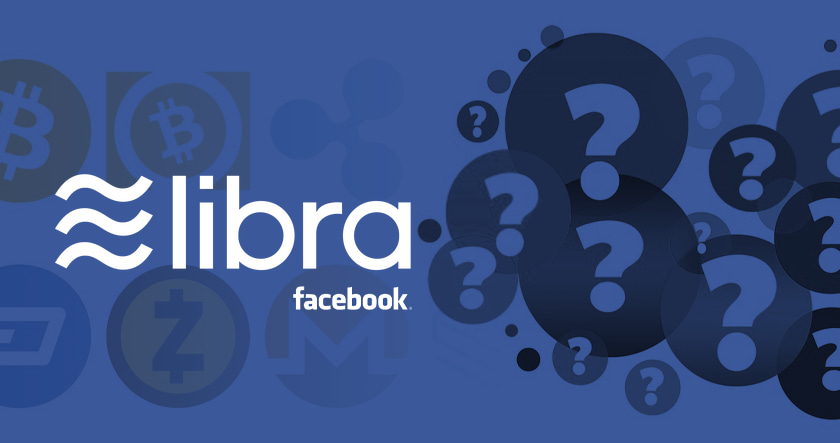 After months of rumors and speculation, the social-media giant, Facebook, finally announced its own crypto coin, Libra. Details spread quickly, especially when it became apparent that Facebook and its CEO Mark Zuckerberg have far greater ambitions for the Libra than previously expected.

Instead of merely acting as an in-app payments solution akin to the Apple Coin, CoinDesk’s George McDonaugh notes that the stablecoin could not only compete with private banks but also central banks, which issue the very fiat that the Libra is pegged to.

Many in the crypto industry have praised the idea, with top exchange Binance suggesting that the Libra could rival the world’s reserve currency, the U.S. dollar. Support has likewise poured in from behemoths such as eBay, Visa and Uber, who are all among Libra’s 28 validators.

The notion that Libra will promote cryptocurrencies is undisputable due to Facebook’s roughly 2.3 billion users, many of whom were likely unaware of tokens or blockchain thus far. To McDonaugh, however, the idea that the Libra could “push aside” Bitcoin and other truly decentralized cryptocurrencies is unlikely.

Even before the coin’s announcement, Facebook has garnered heavy criticism for its data collection, which many view as a major violation of privacy. To date, the platform remains infamous for its thirst for users’ data, and the Libra is likely to take the issue to another level. In a sense, Libra users will be as exposed and vulnerable to Facebook as they would be to a bank from which they took out a loan.

As Facebook’s many users learn of cryptocurrencies’ convenience, security and utility, they may be driven to seek out an alternative to the centralized and excessively governed Libra. The irony behind the Libra’s creation is difficult to overlook: in creating it, Facebook appropriated the futuristic, iron-clad blockchain technology while creating a potentially greater risk for customers than the one blockchain was meant to overcome.

Bitcoin’s anonymous founder intended the cryptocurrency and its potential subsidiaries to act as an alternative to government-controlled and bank-scrutinized fiat. Its users have enjoyed the perks of safe and anonymous transactions since 2009, yet this perk will be conspicuously absent from the Libra.

For all of Facebook’s safety assurances, McDonaugh remains unconvinced that the coin won’t simply act as another data-collecting tool, along with expanding Facebook’s global reach. And while there is no denying that the Libra will be convenient, it may only be a matter of time before those same 2.3 billion people realize that the same convenience can be achieved without security compromises.

Given the growing distrust of Facebook and its policies, numerous industry experts agree that Facebook users will naturally gravitate towards a decentralized alternative, one that doesn’t invoke a sense of discomfort every time a transaction is made. McDonaugh also envisions a scenario where other Silicon Valley giants go the same route of creating their own tokens, essentially pushing aside fiat currencies and banks.

Yet, in doing so, they will only strengthen the case to own Bitcoin as opposed to centralized coins. And whereas banks held onto the luxury of investors and traders being uninformed about cryptocurrencies for the better part of a decade, Facebook’s crypto mainstreaming effort may very well have a remarkably educational effect on the crypto market as a whole.

How do you think Facebook’s new Libra will affect Bitcoin and other top cryptocurrencies? Let us know below.